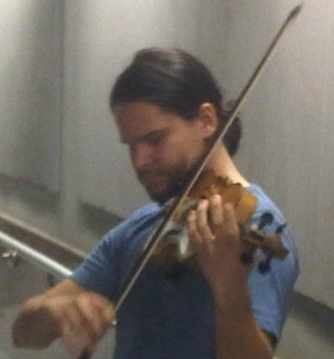 The exposure of the photo of the missing musician from Light in the Tunnel alarmed the audience.
Share

A great numbers of viewers contacted with the show referring that the violist Adrian Mares moves between Chalandris and Doukissis Plakentiass metro stations.

Adrian Mares, 25 year old, musician had lost for his family and friends since the morning of 26th September.

At the last two years, the Rumanian missing man was living in Athens and played daily his violin in central citys spots and at the metro.

He used to live in little hotels or hostels, and he had always with him his violin in a black case.