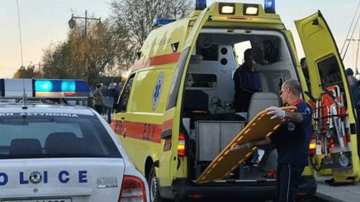 After six days of agony, the family of a 88 year old, heard the news that they feared.
Share

Panagiotis Mpavas was found dead on Wednesday August the 17th by volunteers.

His body was found about six kilometers away from the village Neraidochori where he was on holiday.

According to his daughter Helena, the coroner ruled out the possibility that he was murdered. Reliable conclusions about the cause of death are expected soon.

Panagiotis who hailed from Piraeus, was lost on Friday July the 12th when he left from his relatives home for an afternoon walk.