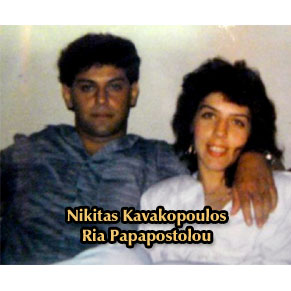 Friday 5th of March 2010. Our 'trip' to Zakynthos continues to be revealing and socking.
Share

‘Fos sto Tunnel’ brought to surface 23 years later, shocking evidence about the young couple Nikitas Kavakopoulos, 22 years old and Ria Papapostolou, 21 years old. The death of the couple was attributed by the forensic surgeon to heatstroke. The show managed to find documents from Hellenic National Meteorological Service, 23 years later. The result was shocking. During the days that the couple died, there was no extreme heat on the island. The Authorities tried to cover up the case in order not to affect the island’s tourism! The young couple from Thessaloniki was murdered, according to the research of different forensic surgeons.