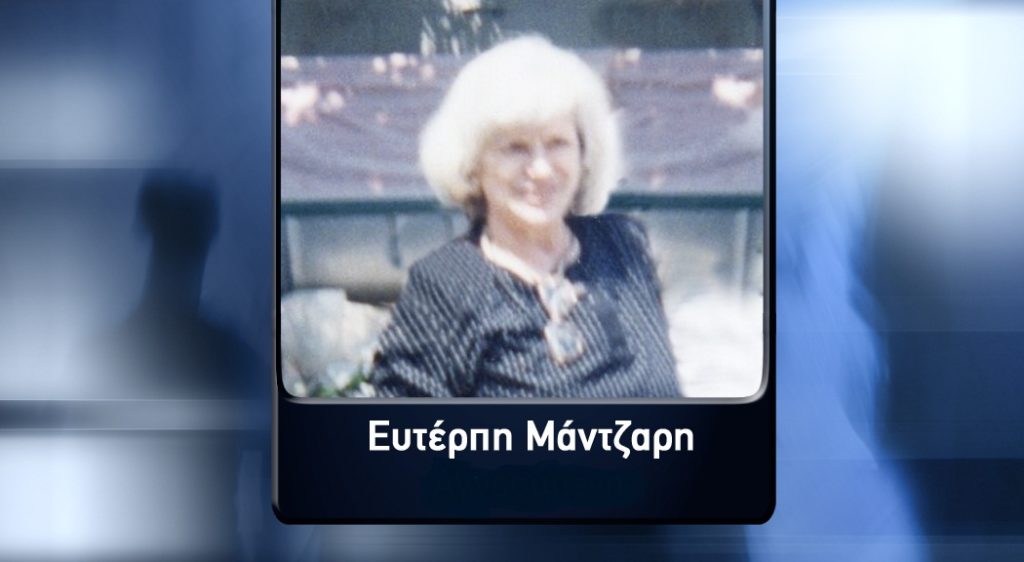 A sensational and full of intensity night lived the friends of "Tunnel" on Friday, February 24th 2017.
Share

The missing and wealthy Athenian Euterpe Mantzari who  was registered by the authorities as dead was found alive in a hospital in Athens. The call center of the show literally “caught fire” with testimonies from viewers who said that the old woman was moved from her house in Kato Patissia with police presence  ordered by the Attorney in institution,because she was facing  serious health problems.

Tragic irony: At the police station in the same region, her relatives looked for her when her  traces were lost.

The external research unit of “Tunnel” went  directly to the hospital, in order to verify the correctness of the information.

Since the administrators were willing to help despite the late hour, it was confirmed that  Euterpe Mantzari is hospitalized there. Her niece who was in the broadcast studio, immediately left to meet her.

When  “Tunnel” began the research,this particular case showed unique specificity to a sequence of coincidences, which borders on the metaphysical …

Both mediatrix, widows,  without children and lonely … 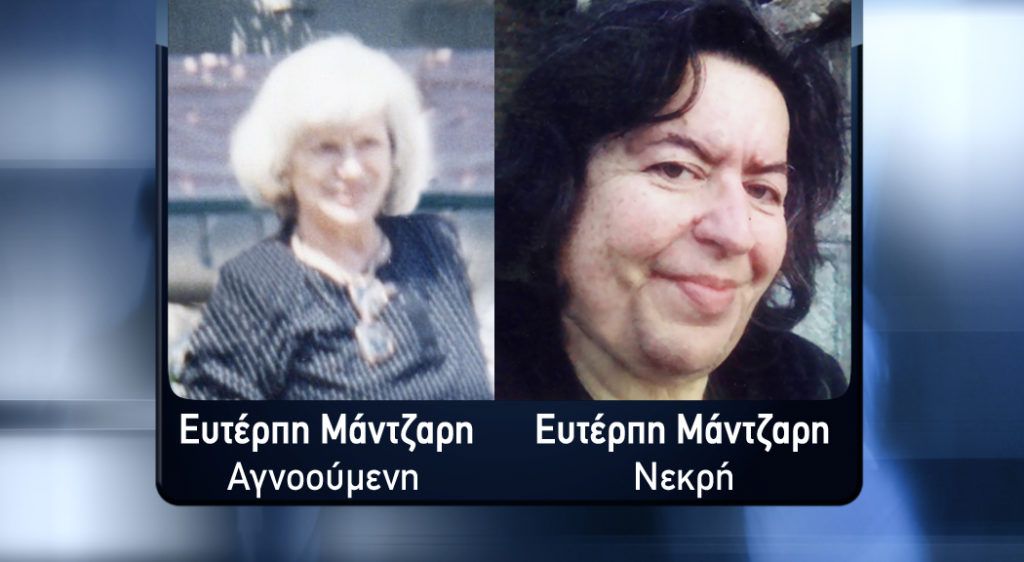 It all started when Mary Ntovros niece of the missing woman from the side of her husband, sought the help of the show to find her. Traces of  Euterpe Mantzari had lost for her cousins in November 2015. It was then when she stopped communicating with them in Halkida where they live.

Several months later, the niece with her mother, went to her house in Kato Patissia to  look for her. A neighbor told them that no one had seen her for some time.

They looked at the real estate office she held in Athens. An owner of a cafe nearby said he had not seen her for  more than a year and assumed she was dead.

In September 2016, the family turned toAg. Panteleimon Police department to submit a missing statement. The police after investigation on their terminals, announced that their aunt had been found dead in Lagonissi ten months earlier. Indeed, they gave their condolences for their loss. But it was they who  had informed the Prosecutor to order to transfer  this woman to a psychiatric hospital, something that the had  forgot! 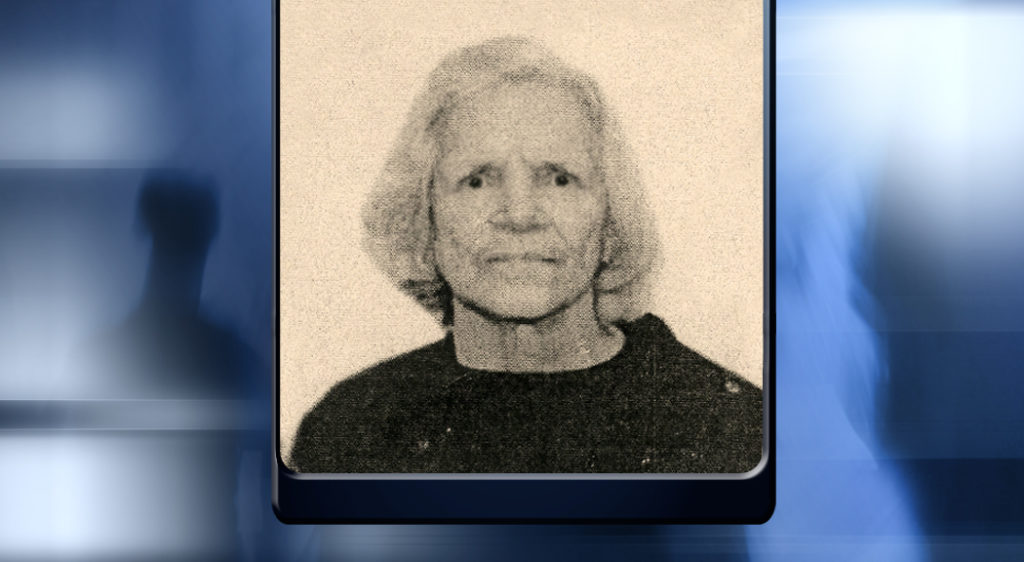 Immediately after that the relatives requested, Kalyvia Police department, a response for the circumstances under which she was found dead. Then they understood that initially the corpse of another woman with the same data, was declared  as their  missing aunt but then after detecting the identity card of the deceased, they had changed them.

A few days later, they submitted extinction statement after they found the big mess that had been created.

“Tunnel” in an attempt to unravel this tangled skein found  in Lagonissi, in the neighborhood of the second woman.

On November 22, 2015, the 69 year old Euterpe Mantzari – Vezirgiannis, a lonely and destitute widow, was found dead by neighbors in her house. She was facing  serious health problems and she may tried to call for help because the phone was in her hands.

Her  niece declared her to the policemen from  Kalyvia  police department  who were  invited by the neighbors, with the surname of her husband: Mantzari.

The officers of Kalyvia police department, having no other information  than the surname ‘Euterpe Mantzari”  the  attempted to identify the corpse of the dead woman in Lagonissi trough identity cards system. They found that there was only one woman with that name and felt that these were the personal data  of the dead woman. In other words, they have identified a corpse, with the personal data of a missing person. 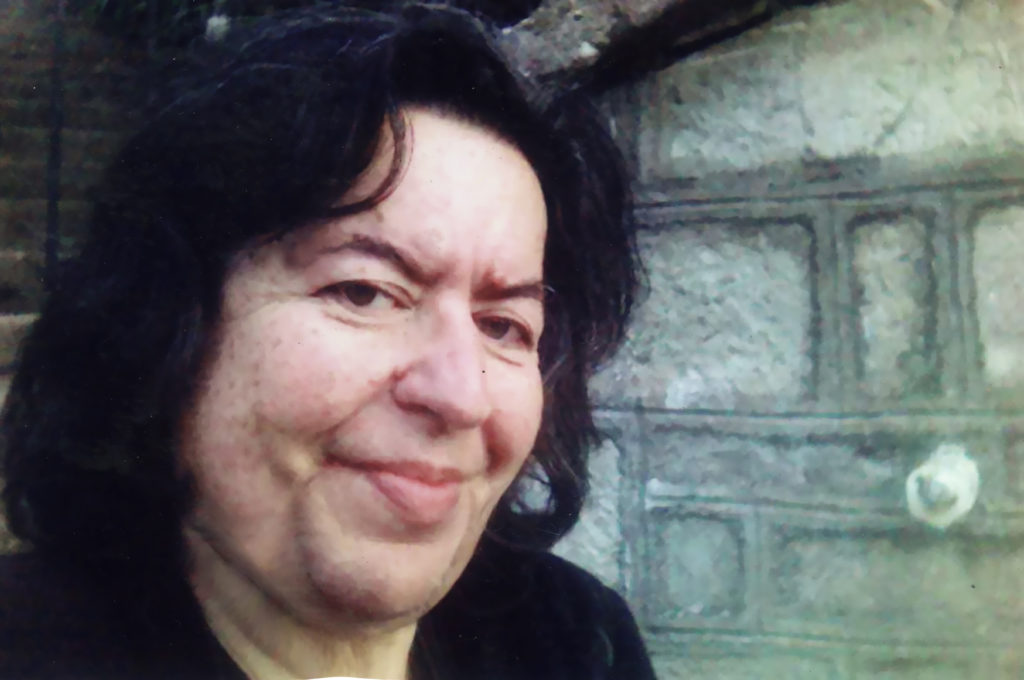 About a month later, the niece of the dead woman,  found her  identity card at  the bedside table on which appeared her  maiden surname: Vezirgiannis.

When she gave it to the Police department of  Kalyvia, the misty started clearing . The police did not compare the photo of the corpse.

In the Laboratory of Forensic Medicine and Toxicology of the University of Athens who conducted the autopsy, the body was registered as “Vezirgiannis” and that  because her niece declared her name.

In the Criminal Investigation Department where they had sent photos of the corpse, she was registered with both names “Mantzari” and “Vezirgiannis”.

Research on Euterpe Mantzari- Vezirgiannis revealed a human drama. The elderly had no pension and lived with the help of the parish and neighbors. It is a typical example of a lonely person who dies alone with no relatives.

“Tunnel” once again made a miracle

The camera of the external investigations team  of “Tunnel”, recorded in the night the “resurrection” of tho elderly mediatrix who was found in a hospital.

In live a live connection  via Skype her niece Maria Ntovrou thanked the journalist for her valuable contribution to the identification of her aunt.


“Unfortunately because of advanced dementia my aunt was not able to remember much. she only recognized my mother and had some glimpses when we showed her  photos of her life, “said to ” Tunnel “.
“The shock was huge for us because we thought she was  dead and finally she was found alive!  This is what matters most … Immediately after detecting our aunt  and after the incredible tangle of the authorities, we now have to apologize for who we are and why we were looking for her. The  investigating judge called for us  probably to see who is  responsible for this mess … “she concluded.