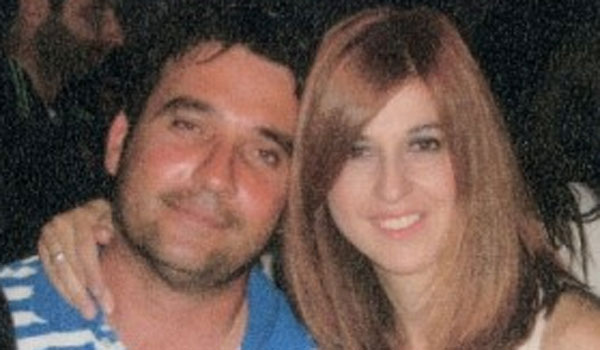 One of the most overwhelming cases in the police and judicial times of the country was that of the "black widow" in Argolis Valley.
Share

A woman who brought everything upside down at Police and Justice. She sued senior officers because, as she was saying, they pressed her to confess her husband’s murder. She tried to turn the Tripoli Court hearing to a show with protagonists herself and her two lawyers.

Dimitra Lambrou, 38, was sentenced in December 2016 to a life sentence for the murder of her husband, Captain Thanassis Lambros.

“Light at the Tunnel” and Angeliki Nikolouli, whose filing was considered crucial, had from the beginning suspected that the widow’s tears for Thanasis were fake and the show she set up in the studio of the show, purely theatrical.

On 8 December 2014, Thanassis Lambrou, a 42-year-old father of a 10-year-old girl, was found deadly beaten in a pool of blood in the courtyard of a friend’s house. The revolver with which he was shot belonged to the same friend and owner of the house. 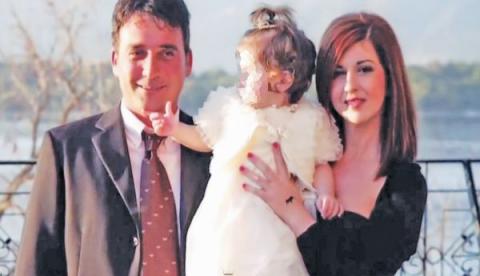 The scene of the crime was set to resemble suicide, something the local police authorities did not understand from the beginning and accepted this version through summary proceedings.

The victim’s sister and his family have never been convinced of the whole scene. The poor cohabitation of the captain with his wife and the extramarital relationships she suspected he had, made them look for the truth in the “Light at the Tunnel”. The testimonies of the victim’s friends were revealing on the show.

The show of the widow in the studio of “Tunnel”

The “diabolical” widow, seeing her husband’s relatives started an investigation, was also interested in finding his murderers. She appeared twice in Tunnel’s studio, appealing for witnesses.

When the reporter’s questions became compassionate about how the victim’s purse and cell phone were found in her home, she was confused. It was one of the few times that her speech did not flow, and she did not immediately find the answer as she used to.

The “black widow” of Koilada appeared in the air and at the breaks of the show with two faces.

While in live projection she appealed to find her husband’s killers, she had other anxieties during the breaks.

She told  the victim’s parents’ lawyer that she “wanted to find out  who killed her husband” by asking him at the same time “if she said it well”.  Information were arivvining one after another at the call center, and she was anxious to ask the presenter for their content. A testimony, which was particularly important, stated that in the past, Dimitra had stabbed her husband  on his hand.

When the journalist asked her about that , she replied that she had been cut from a broken plastic, saying: “You will hear a lot, that have killed him, I have beheaded him …”. 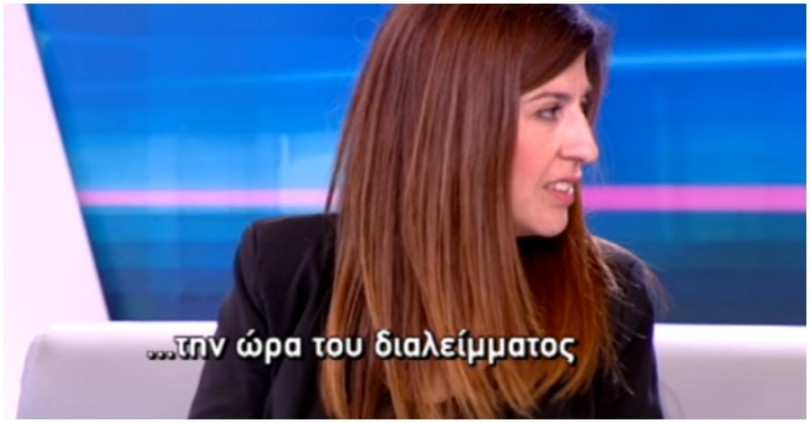 Speaking to “Tunnel” for the friend’s house in which her husband was found murdered, at first she said she had the key. She then corrected her sentence by saying that only her husband had it and went to their friend’s house when he was missing.

When the retired police director  Thanasis Katerinopoulos said it would be a good step if  Athens Police  help with the investigation to capture the murderer, the captain’s widow agreed. The policeman added that the items “cry out for themselves” and congratulated her for  her calm. She responded that she was optimistic that she would catch the culprits and help the authorities as much as possible in order to put an end to the case.

During the break, Dimitra Voulgari addressed her relatives who accompanied her, saying, “What do you see? Did I say it well? I taught them a little lesson, but I had to – see the police officers. At the end, addressed to him, she asked him: “Are you satisfied with my performance?”

Letter to the Minister

The case had been blunted at first by mistakes. It came to light after a letter sent to the  Deputy Minister of Public Order and Citizen Protection, Mr. Panousis, by the victim’s sister. Her family did not accept the suicide version and called for deeper investigation by a new group of police officers, which was done along the way. 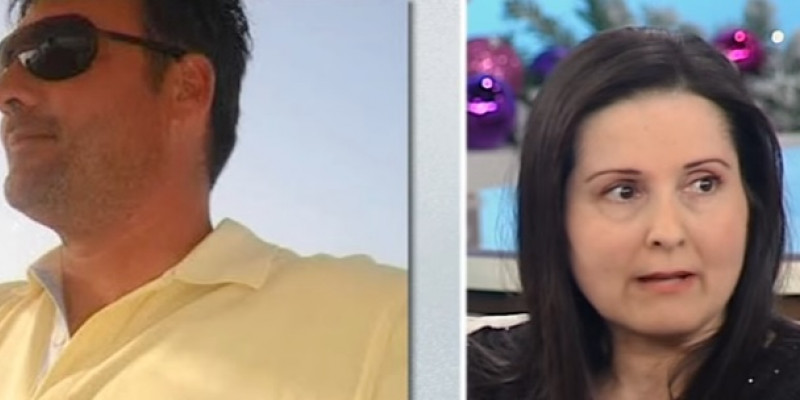 The event upset the captain’s widow. She became more friendly with her dead husband’s family and was trying to persuade them that she too did everything to lighten the darkness.

When the police officers went to her house at dawn to ask her to go to the department for filing with her daughter, she reacted strongly.

She threatened to complain to the leadership of Greek Police and  send a letter of protest to Prime Minister Tsipras about the way they treated her. “Instead of looking for my husband’s murderers and capturing them, you always turn around me, as if I killed him,” she told them.

The capture and confession of murder

At the dawn of Friday, July 24, she confessed the murder of her husband, Thanassis Lambrou, in the presence of a public prosecutor, but then took her back, refusing to sign her.

The widow claimed to the police officers of Nafplion  that she had no intention of killing her husband, but everything was done on a family-friend’s house.

They had a violent quarrel and at one point her husband was found with their friend’s gun in their hands. In the ensuing struggle she did not understand, as she claimed, that “the first bullet that hit him in the thorax ” came to light. Her husband fell on her knees and without realizing it “arose” the second shot at her head.

In the process she covered her traces and set up a suicide scene, putting the revolver in the hand of her mortally injured husband.

He grabbed his bag with his phone, which he never separated, and left them in the armchair of their home, to show that something sudden and serious took him away from home. 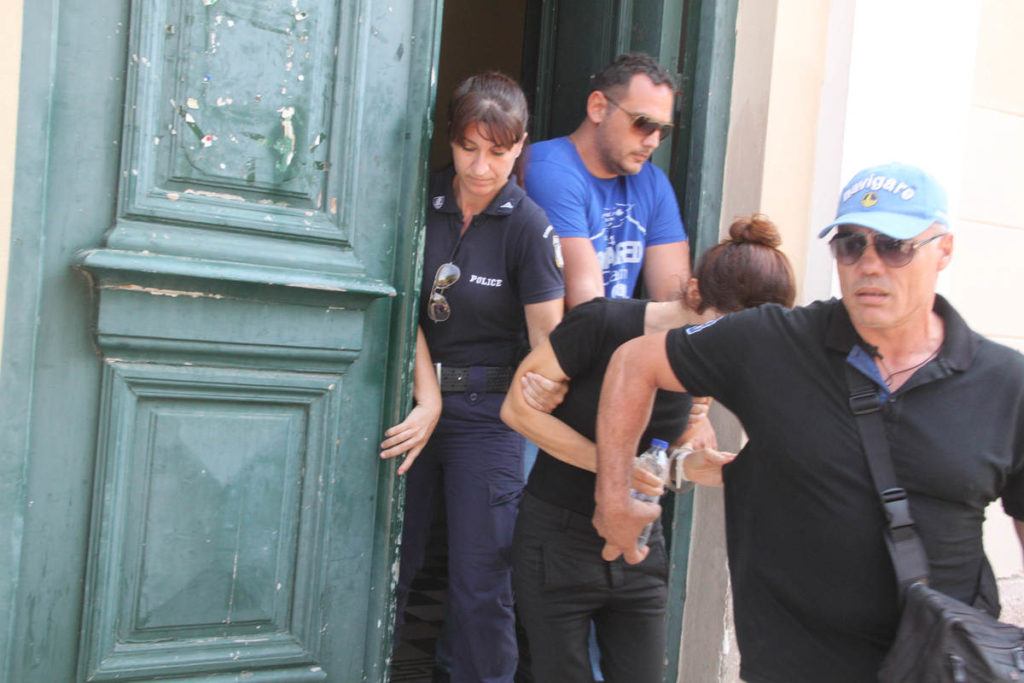 Forensic laboratories of Greek Police had found DNA in the victim’s nails, which testified  their fight. There were other data from the laboratories that confirmed her admission.

The case has been investigated by Nafplion Police in collaboration with the Athens Lifetime Crime Department.

After repeated postponements and tensions with the defendants’ lawyers who turned up to and against the seat of the court, the conviction came. The testimony of the journalist-investigator Angeliki Nikolouli was also preceded by the attacks of the accused’s lawyers. 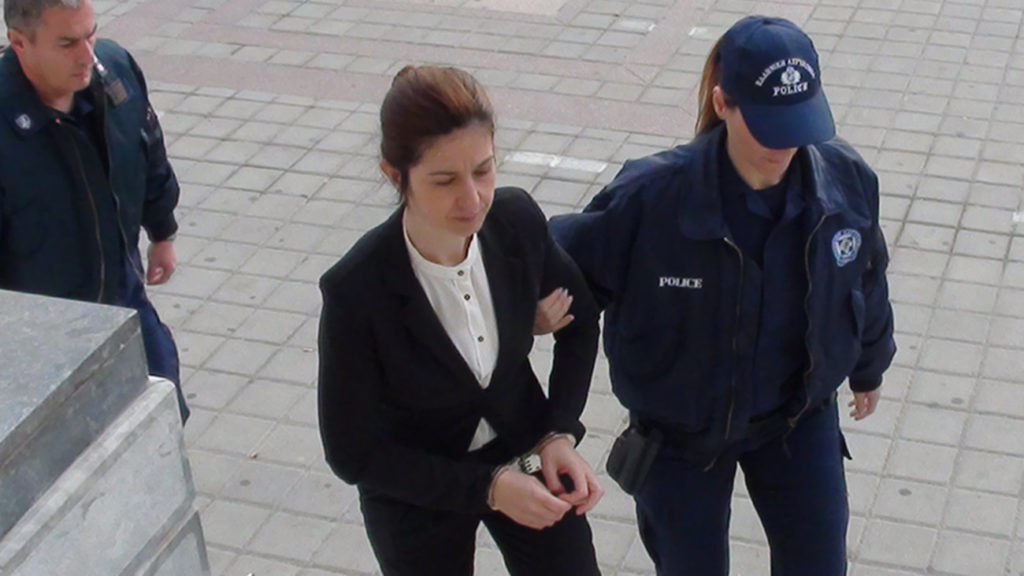 Dimitra Voulgaris was unanimously guilty of manslaughter intentionally, after about four weeks of an adventurous hearing.

The Court decided to send the copies of the case file to the Prosecutor of Ephesus at Nafplion to investigate the possible criminal liability of the captain’s friend, whose home was found murdered.