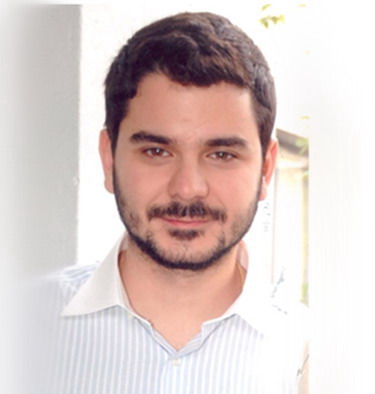 Judicial developments in the case of the kidnapping of the young Marios Papageorgiou which moved the public.
Share

Tunnel presented the details and the background of the sensational story.

The man who appeared as the basic partner of the alleged mastermind, talked for the first time to Angeliki Nikolouli and revealed unknown aspects that will be discussed.

Anastasios Basantis according to the police was the right hand of Petros Michaleakos who allegedly organized the kidnapping of 26 year old Marios. He was the man who announced the tragic mother Varvara Theodoraki that her only child was grabbed. He was the one who had requested ransom in exchange for the life of her 26 year old son.

He talked about his relationship with the alleged master mind of the kidnapping and his wife who remain in prison, for their meetings, for the commands that gave him and the pressure he had from them. 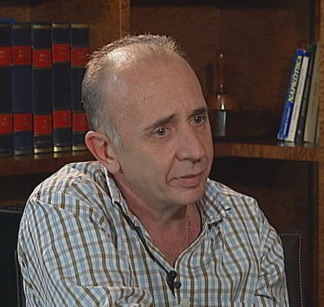 What he said for the fateful night of the abduction is shocking.

“I didnt know it was Marios”

Anastasios Basantis, one of the five defendants released, spoke for the first time to Angeliki Nikolouli. He claimed that Petros Michaleakos forced him to get involved in the case and he had no idea to whom he made threatening phone calls. He argued that he knew Marios and his mother because he was their client, but he was unaware that Michaleakos had put him call Mrs Varvara Theodorakis. Only when he was arrested he realized that it was for her and her son. For Petros Michaleakos said that the doors to the police and other public services were always open. Impressive was his testimony that Michaleakos carried a gun, had a bulletproof vest and in his car had a light, like that used by patrol.

The wife of the mastemind was also in the game

Throwing all the blame on Petros Michaleakos, Basantis told the reporter that acted under his guidance. The alleged mastermind dictated him word for word what to say in phone calls he made to Marios mother. He was pressuring him to blackmailing her and to give her instructions to leave the ransom and at what was the point that she could find the car of her child. Pressures was accepting also by the wife of Petrosr Michaleakos , Voula, who was present at the last major meeting with all of them . When he was asking Petros Michaleakos where the young man is and why he does not communicate with his mother, he was answering him that the 26 year old is safe at a house with friends.

When he was asked by the journalist where he believes Marios is, Basantis replied that the only one who knows is Petros Michaleakos. His lawyers, talking to Angeliki Nikolouli said that the court should shed light on the case and the tragic mother get answers about the fate of her only son.

Only the mastermind is accused of murder

Five of the seven involved in the case of 26 year-old were released on bail after the decision of the Judicial Council of Athens. This decision differs from the recommendation of the Prosecutor, who had proposed the reference of all with the accused of murder of the 26 year old Marios. Defendants referred everyone for different offenses, while only Petros Michaleakos will face a charge of murder.

The Judicial Council ruled that five of the seven suspects are not suspects to leave the country and after they stayed in prison for 12 months released them. See  details here.

Marios Papageorgiou, 26 year old, was abducted on August 9, 2012 from Athens and his car was found the next day abandoned at Faliro. From the first moment, the alleged mastermind who was a close friend of the family, argued that the young man set himself the abduction and that he was somewhere abroad. This claim was failed after persistent researches from the show and the shocking revelations that came to light.

See details for this case.

Developments in the thriller of the pilot 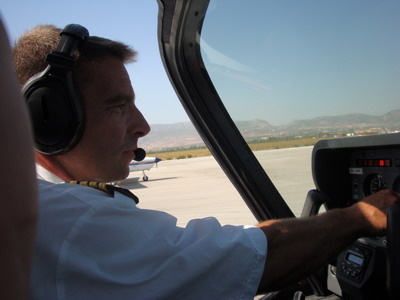 Important information that arrived shortly before the end of the previous show cleared the way to find after persistent research and incredibly mess, the car of the missing pilot Nikos Chrysolouris .

The silver Opel Omega was finally found abandoned and without plates in Stamata Attiki.

The paradox is that locals had informed several times the police to investigate this car last April shortly after the disappearance of Chrysolouris.

Although the police found out by the frame number that the car was from another country but no one connected it with the missing man. The police did not bother to see if the type of car was involved with a case of a missing and didnt investigate the frame number.

According to a witness he saw a man parked on the spot and cover the car with a new hood which tied it thoroughly. 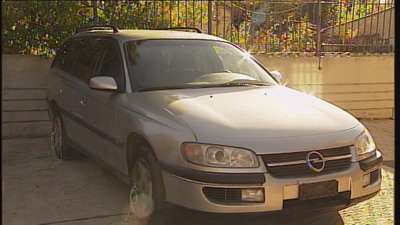 Witness who saw the car called three times at police in order to investigate it. Speaking at the “Tunnel” he said that the first time , the police found no documents. Policemen said that they cannot do something and assumed that maybe someone left it there to avoid paying fees. The second time, the policemen said that the car has not been searched by anyone and someone should call the City Hall services to transfer the car as an abandoned vehicle.

Because of the bad weather the hood that was covering the car was found on the side of the road but someone put it back and tied early in the morning so none one could see him.

Inside the vehicle were found the following: a sledgehammer , a white external hard drive , a pair of red sunglasses rayban type a Lederman multitool and a receipt from the toll Spathovouni issued on March 24 . Spathovouni tolls located on the Highway of Korinthos – Tripoli .

After the developments initiated after the revelations of the show , the car was transferred to the Hellenic Police forensic laboratories.

Greek-Swiss Nikos Chrysolouris 50 year old, disappeared the morning Monday, April 8th, 2013 from his house at Markopoulo with his car. He had an appointment in the business he was working lately at short distance from his house, but never arrived. The pilot remained in the three-story apartment house from which also Kostas Koliavasilis got lost. See details for the case.