The area around the Dairy School finally hid the secret of the unfortunate student's disappearance.
Share

Vangelis Giakoumakis was accidentally found dead around 8 in the morning of Sunday 15 March 2015. A young couple passing through the area faced a problem with their car that stuck in the mud. In their effort to find an object to unravel the car, they found his  corpse. 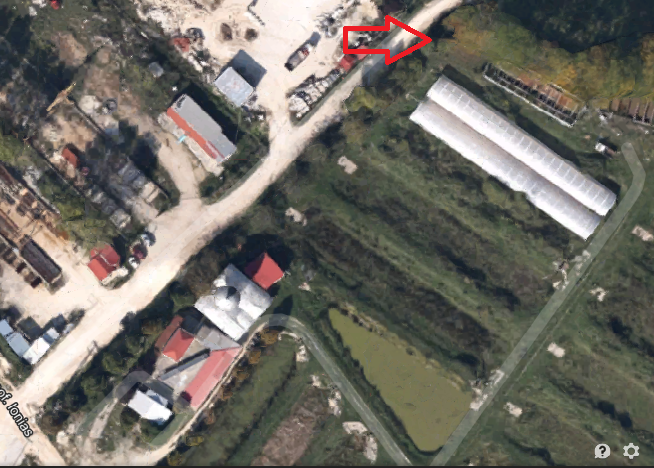 His body was found in a swampy area near the lake, between the East Stadium and the Delhi Fishpond (Municipal Company of Lake Ioannina).
The unfortunate 20-year-old brought a trauma to his right hand, while a knife was dropped to his left.
The corpse that was in advanced sepsis was recognized by his clothes. The dark sweatshirt with the word ITALIA, the jeans pants and the black booties that the student wore on the day he disappeared on February 6th. 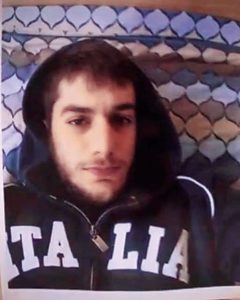 He was dead near the School and no one saw him


The death of Vangelis was caused by hemorrhoic shock, according to the first data that emerged from the findings of Coroner Theodoros Vougiouklakis.
The wound found on his right wrist was prehistoric and was caused by the knife found fallen to his left. This is a sharp folding knife with a wooden wide handle and a 10 point blade.
The answer given by the histological examination showed that as left-handed he cut the wrist in his right hand with one rather than two incisions as reported and his brief death from hemorrhagic shock occurred.
His death was determined on the same day of extinction on Friday 6 February. From the necropsy, he seemed to have died a while after his meal in the dining room of the School, since food remains were still in his stomach and the digestion process had not progressed.
Toxicology tests showed that he had consumed a large amount of alcohol, most probably tsikoudia. No fellow in the dining room, nor even his roommate, saw Vangelis Yakoumakis drinking at the fate of that fate that Friday, February 6th.
Police officers believe he hid a bottle with the knife in the closet and put them before disappearing into his jacket pockets without being aware of his roommate.
The wounds found in the neck, face and chest, were post-mortem and animal teeth death. The minimum blood detected in the knife was not evaluable due to exposure to adverse weather conditions. In his nails there was only his own DNA, which testified that he had not been involved with another person. Plenty of his own genetic material was found in the clothes he wore.
In general, deep and careful research did not reveal the existence of a second person in the place of death.
According to the first image of forensic and police, death is due to suicide.
Significant was the testimony in the TV show “Tunnel” screened on Friday, February 27, 2015. The witness at noon of the day of extinction saw a child with the characteristics of Vangelis near the place he later found dead. According to the police’s assessment to reach that point, it passed through small lakes that were created after intense rainfall. The strong element of water and humidity was also the reason why his body was not detected earlier by the dogs used in the surveys.

In the arms of the Cretan land

More than two thousand people flooded Selli Rethymno for the last goodbye to the 20-year-old Vangelis Yakoumakis.
In a climate of profound mourning, his relatives, fellow villagers, friends, fellow students from Ioannina, as well as people who did not know him accompanied him to his last house. At noon on March 17, 2015, the farewell patrols in honor of the injured young man and the murders of his unconcerned mother made every heart crack before the Cretan land embraced him forever.
Since the tragic evolution of the disappearance that shook Greece, the scenes of lamentation and emotion followed one another. Vangelis’ relatives managed to overcome bureaucracy in order to move his body from Giannena to his native country.
When he arrived at the port of Piraeus, dozens of people were there to fare him with a flower. The same heavy climate prevailed in the port of Souda when the crew arrived at 6 o’clock in the morning with ANEK’s ship “Crete 2”. He then moved a motorcycle escort to his father’s father’s house.
In Armenians, the village that Vangelis grew up, schools and public services did not work as a sign of mourning with the decision of the Local Community. 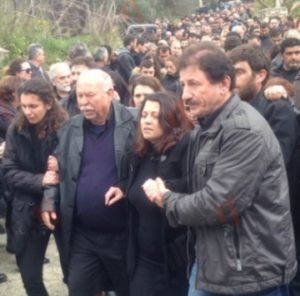 The pictures of Vangelis’ funeral made the round of the media and the internet, with thousands of people sending messages of support to the family, as well as anger for the torture he received while living. 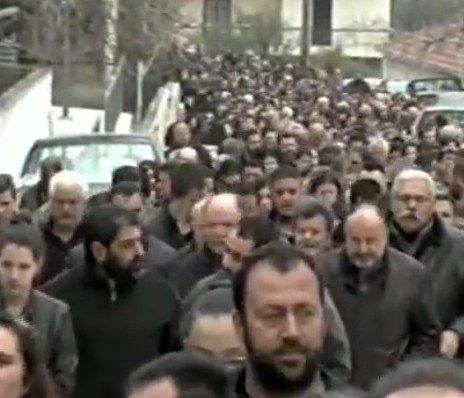 Day of mourning and in the schools of Ioannina. The school community of Ioannina on the occasion of the death of Vangelis Yakoumakis decided to inform students about school violence and intimidation.
Concentrations of family support and protest for the reasons that led Vangelis to death were held in Athens, Rethymnon, Thessaloniki and Ioannina. 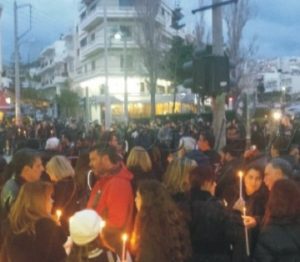 The photographs of the dead given on the show

The photographs of dead Vangelis in the place before the coroner, sent to “Tunnel” witness, came up with a lot of questions about the case that shocked the Panhellenic. The witness claimed that the bone on Vangelis’ right shoulder looked broken and asked to investigate the cause of the fracture.

What did the coroner said to “Tunnel”

The Professor of Forensic Medicine at the University of Ioannina, Mr. Theodoros Vougiouklakis, who performed the necropsy at the site , spoke to Angeliki Nikolouli. He responded to all the “hot” questions and put a stop to the scenarios that had been derailed for the causes of the student’s death.


According to Mr. Vougiouklaki, the body was radiographed and nowhere seemed to be a fracture. As he said in the throat area, all organs were missing, and the corpse was stripped of the Greek Police  Crime Laboratory researchers. and not by him.
He stressed that no one could draw arbitrary conclusions from a photograph and that the corpse did not suffer any pre-death injuries. Mr. Vougiouklakis argued that facial injuries came mainly from rodents and from larger animals.
The examination he carried out did not result from anywhere that the young person had been abused and there were no signs of defense.
As he said, photographs were taken in which it is clear that there is no fracture at the point that the witness mentions. Toxicology tests showed that there was alcohol in the unlucky student’s body, but the amount of alcohol could not be determined because of the time span. In his stomach, the lentils that Vangelis had eaten that afternoon were intact, because because of his near-death death the digestion process did not proceed.
From his nails he was given genetic material that proved to be his own. Genetic material was also detected at the height of the right pocket of his trousers. Mr. Vougiouklakis told the reporter that blood was found but could not be identified if it was his own. He stressed that in this case the help from the Criminal Laboratories of Greek Police was nothing, because the weather conditions had altered the data.
He also pointed out that blood was found in the knife that could not be identified either. He even claimed that the fact that the knife was a short distance from the corpse shows that death was not instantaneous.
He clarified that the young man was probably faint because of the cold, and he died of hemorrhagic shock.

He was not transferred

The evidence shows that the corpse was not moved elsewhere as the soil that existed on it matched that of the subsoil found. This is also evidenced by the fact that beneath his body began to grow fungi that were compatible with the time he was there.
He pointed out that the humidity and the constant rainfall in the area had wiped out many of the elements.
He concluded that with these findings, without the help of Forensic Laboratories and with part of the body missing, it would be unscientific to be categorical about the causes of death in the outcome of the forensic report.