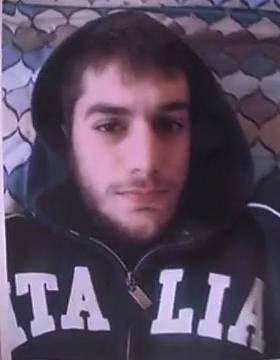 The area around the Dairy School eventually hid the secret of the disappearance of the unfortunate student.
Share

Vangelis Giakoumakis randomly found dead at dawn Sunday, March 15, by a passersby. His body was found in a swampy area near the lake, between the stadium of Anatoli and of hatchery of DELI (Municipal Organization of the Lake of Ioannina).

In place are the relatives who were in Ioannina for investigations, but the police did not let them get closer to the point.

The corpse which was in advanced decay, recognized by his clothes. The dark sweatshirt with the word ITALIA, the jeans and black boots worn by the student the day he disappeared on February 6.

At the point arrived a coroner who will decide on the cause of death.