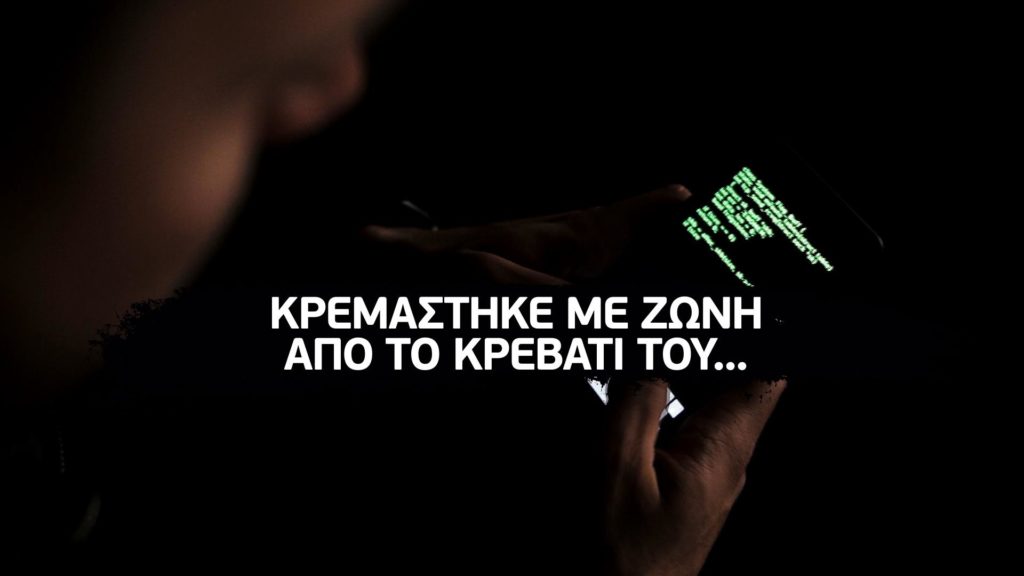 The "Tunnel" brought to light new facts about the student's suicide, who, as reported, was being bullied by his classmates.
Share

14-year-old Makis died tragically on Saturday, May 14, inside his own house in Patissia.

A tragic figure his mother, who found him dead in his room, hung with the belt from the railing of the bunk.

The second high school student at the 54th Athens High School in Sepolia and an athlete in the pancratium, that day would go with his family to competitions in Loutraki, where his older brother participated.

The Cybercrime Prosecution, with a prosecutor’s order, is investigating his laptop and mobile phone, in order to find revealing evidence that shows what prompted him to end his life.

People from his friendly environment say that he chose to capture extreme actions with his mobile phone and share them with his friends at Tik Tok.

After the tragic incident, the mouths were “opened” for bullies who had become the fear and terror for the students of the High School. It seems that 14-year-old Makis was among them.

“They spat on him, threw water and oranges at him, made fun of him,” said his classmates, revealing that the last time he was bullied was on Friday, May 13, a few hours before he ended his life. Another classmate told him that three months earlier, Makis had asked him “what will happen if I commit suicide?”.

The mother of a classmate of the undefeated 14-year-old spoke to “Tunnel” about this sad incident, but also about a similar one that had her own child in the same school.

“It’s really tragic what happened to Makis. There are no words to describe it. My own child was beaten in the school yard. An older one that is four years in the same class. I was surprised and outraged by the behavior of the high school principal. The other child had a miscarriage a day later and apologized with great difficulty because he saw that I was going legally, so he tells you “he does not take me, let me apologize and end it here”. My child was bruised in the eye, I also have a photo of him. The high school principal did not inform me. I went to see him and I see a treatment that is not normal at all. Of course I was irritated. I had lost my temper because we are talking about a very quiet child, who did not mind an ant. He tells me we are not obliged to inform you. I called 100, I sued the high school principal and the child. They have not bothered mine since. “I came back and said my problem, because I heard the headmaster say that there is no bowling at school.”

On the morning of Tuesday, May 17, students of this High School were arrested who participated in a fight with students from another school in the Veikos Grove. It is being examined whether there were people among them who may have attacked the 14-year-old.

Authorities are investigating all possibilities, taking testimonies from students, teachers and relatives of the unfortunate child and awaiting the results of the forensic laboratories.