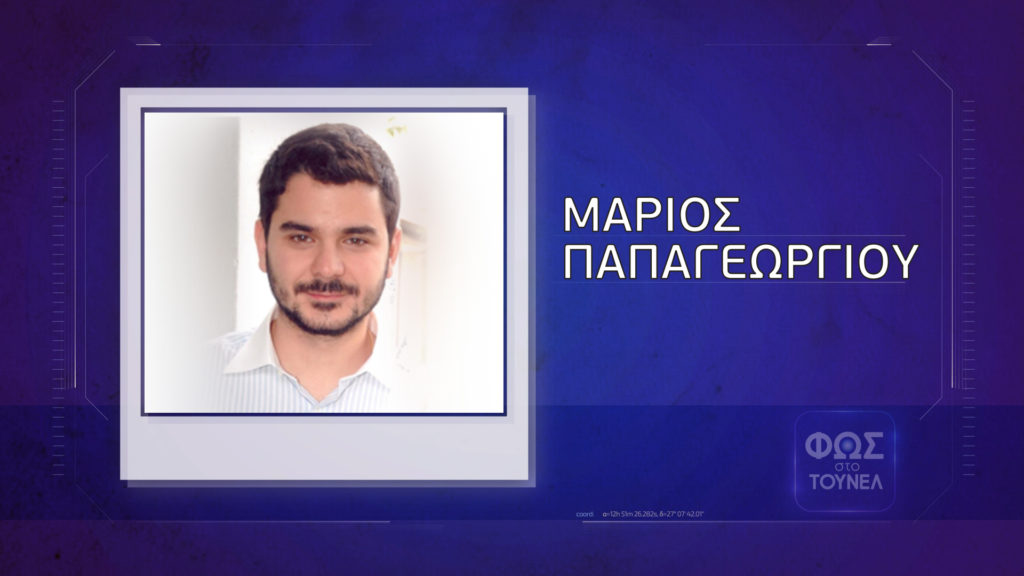 The persistence of "Tunnel" in the investigation of Marios Papageorgiou seems to have disturbed some people who are probably involved in the case.
Share

During the live broadcast, threats and a bomb warning arrived on the TV set.

“There’s a bomb in the studio. Do not search for the case of Marios (s.s. Papageorgiou), you will not find anything. The story is over…”

“Nothing ends for the ‘Tunnel’, take it as a message. If that was the case we would have stopped then and we would not have searched inside the car where we found his blood and the story moved on. The brain is in prison, the others are outside having fun, now the interrogator will call you to tell what you know(…). Were you also behind the bomb threat? And you’re telling us now that we won’t find anything and that the story is over? Um no, it’s not over. For ΄Tunnel΄, nothing ever ends. As long as we can we will search and as long as we have the viewers by our side helping us, we will continue and I am sure that this story will also come out, his body will be found, what is left of it, even though you tried to burn it and you went elsewhere.”

The bones found are not Marios’…

Earlier, in connection with the lawyer of the mother of the deceased Marios Papageorgiou, Nikos Roussopoulos, an answer was given about the bones that had been found in a cave in Dervenochoria.

From the first anthropological examination carried out at the Medical Forensic Department of the University of Athens by a professor of anthropology, it appears that their antiquity coincides chronologically with the grenade found at the site and which was from the Second World War. He is an adult white male.

The lawyer also referred to the judicial developments with the second group of the “mastermind”, accused of complicity in homicide and kidnapping. Among them his two police officer sons.

The investigation by the 2nd Regular Investigator is moving at a rapid pace. The first to testify was the mother of the unfortunate Marios, Varvara Theodorakis. The Canadian family investigator and the rest of the accused will follow.