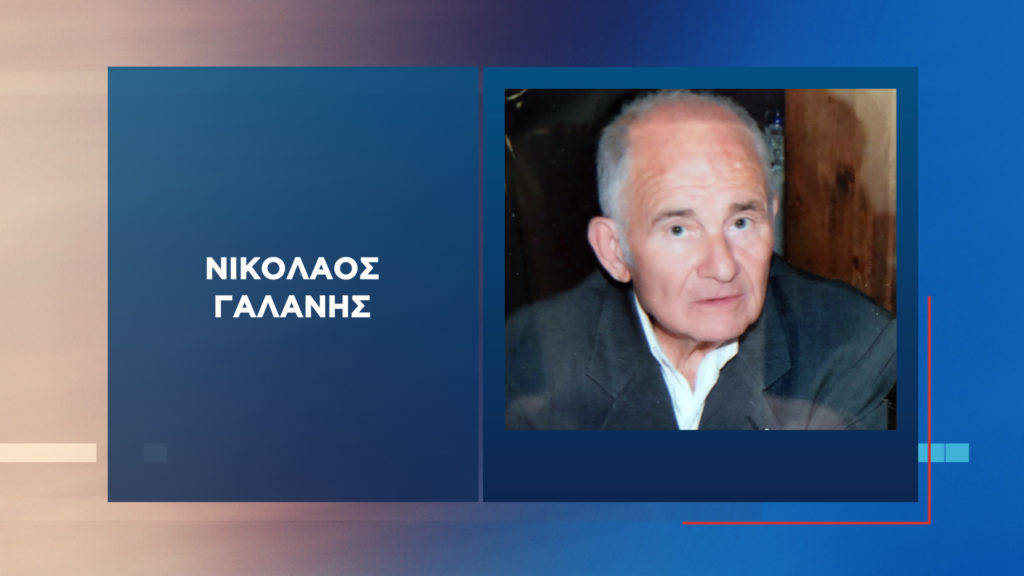 After the publication of his photo in the "Tunnel" and thanks to the observation of a taxi driver, the elderly man was found and is in good health.
Share

Nikolaos Galanis 82 years old, was located after the end of the show on Saturday, April 24 in a square in Nikaia.

The taxi driver had seen the relevant announcement about the elderly man in the “Tunnel” and took him to the Police.

Excited his son for their adventure that ended immediately, he thanked the show for the mobilization during the night.

The elderly man left his house in Kamatero on Friday, April 23, heading to the bank in Liossia. His health problems drove him away from his destination.

From Kamatero he reached Piraeus on foot, where it rained. In the area of ​​Nice he sat at a bus stop to protect himself and there the taxi driver found him.