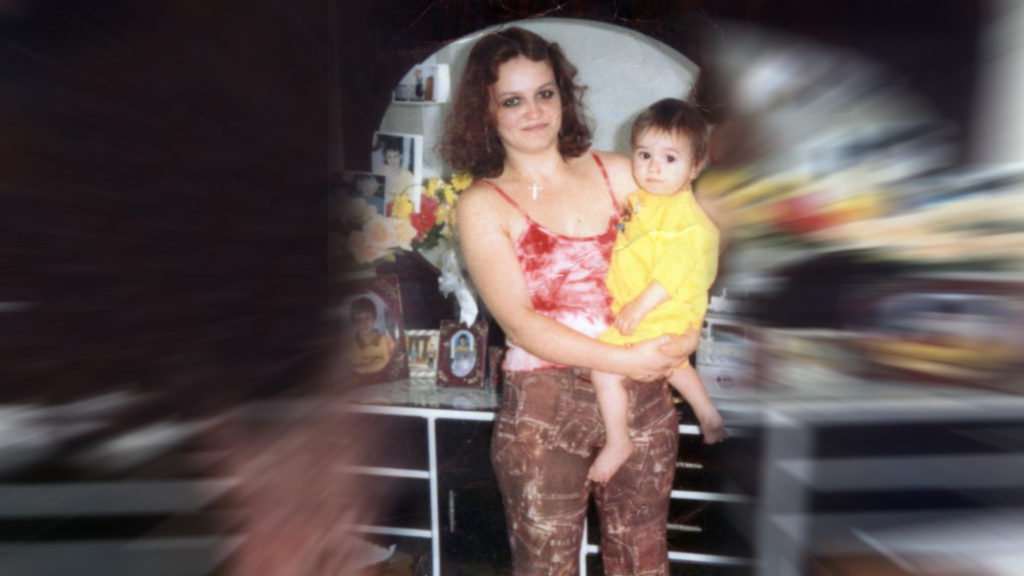 The young mother, who had been missing for ten whole years, was found within a short time during the live show.

Christina – Tina Zoto went missing from Egaleo at the age of 33. Her parents were looking for her all over the country, even among the dead. They themselves were raising her little boy, without being able to give him the answers he was asking for.

The woman was living outside Athens with her partner, whom her relatives were also looking for and could not locate.

The abuse she had suffered from her estranged husband seems to have been the reason that made her throw a “black stone” behind her and disappear.

Particularly moving was the moment when mother and son spoke on the air of the show.

During the live search, the TV crew was at the mother’s house to announce the good news to her parents.

“It is a big relief for us. Even though I am 68 years old, I feel again like 18. It is enough for us that we know she is alive. Thank you very much, Mrs. Nikolouli, for you and your associates for everything you do and for your work”, said Christina’s father.

Her mother excitedly referred to the time when she would face her after a whole decade of pain, sadness and agony. The last time she spoke to her daughter was in March 2011. At that time she was estranged from her husband and was living with her partner.

The “Tunnel” in the context of the search for Christina, was found in her paternal home.

“I cry for her alive or dead…”

The mother of the missing Tina spoke with difficulty on the camera of the “Tunnel”.

“I cry for her alive or dead. I wait for the phone to ring every night. She got married at the age of 17. She had a hard time with her husband. She gave birth to two children, one is now 21 years old. I grew her child all these years. The other was given for adoption. While she was apart from her husband, she met someone at work with whom they had a relationship and lived together. Her husband knew that. We are afraid of the worst “, said Mrs. Eudoxia at an emotional state.

“They did something to her, my heart says so…”

The parents of the missing young mother have been searching desperately for so many years to find out what has happened.

“We searched all over Greece. Everywhere… Before she disappeared she was living in Kallithea with her new partner, who was ten years older than her. We searched everywhere to find him, but no one knew anything. Her husband knew where Tina lived and with whom. When she disappeared, he was only asking us about the child and not about his wife”, her mother said characteristically.

Tina’s father, who had met her new partner, said:

“He did not know that our daughter was apart from her husband. When the child went home, he would not accept him and Tina brought him to us to take care of. We raised the child. ”

The parents of the missing mother have been drowning their pain for years now. Through the “Tunnel” they appeal to anyone who knows something or even to herself if she is alive, to contact them.

“The day my daughter disappeared, her child was at school. I brought him to our house and raised him all these years. He was not even ten years old when his mother went missing. I’m worried because many years have passed and she has not called us. Which mother is not interested in her child?”, The tragic mother and grandmother wondered in despair.

Search in the neighborhood where he she was living…

The show did a search in Kallithea, where the mother was living before she disappeared, asking neighbors, shopkeepers, old and new managers of the apartment building. They did not know her, although to some it would remind them of something. Many were willing to help in the research in any way they could.