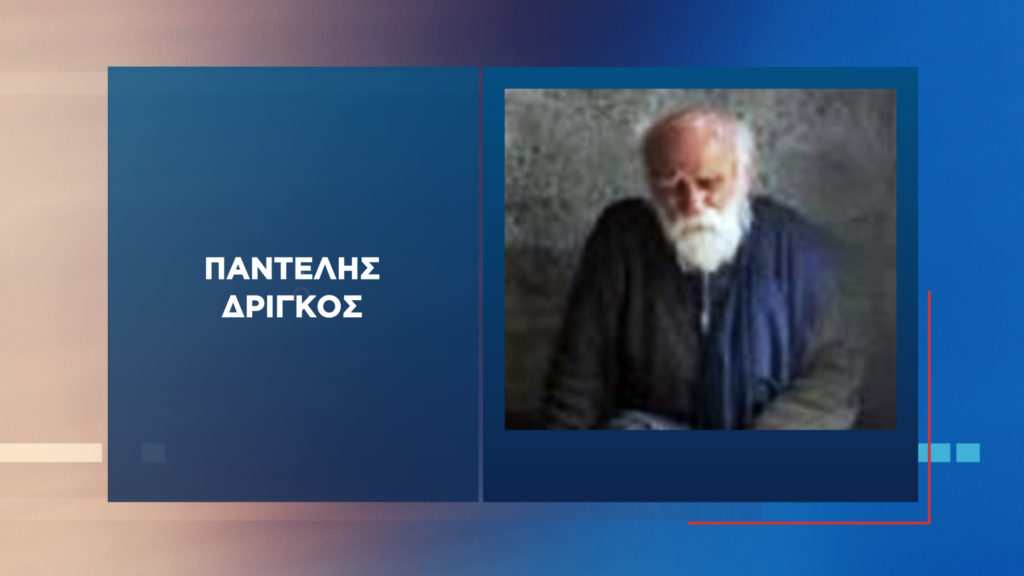 The end to the disappearance of the old man from Igoumenitsa was glorious.
Share

Pantelis Drigos, 88 years old, was found dead, drowning in grief his family who had turned to the “Tunnel” to locate him.

On the afternoon of Tuesday, December 1, a farmer heading to his estate in the Sideri area of ​​Filiates, Thesprotia, found the remains of a human skeleton and clothes. The police arrived at the scene and collected all the findings and then the body of the 88-year-old missing person was identified with DNA.

The elderly man disappeared on Tuesday, November 10, and witnesses who knew him reported that that day they saw him walking from the workers’ residences of Igoumenitsa to the village of Elea Filiates.