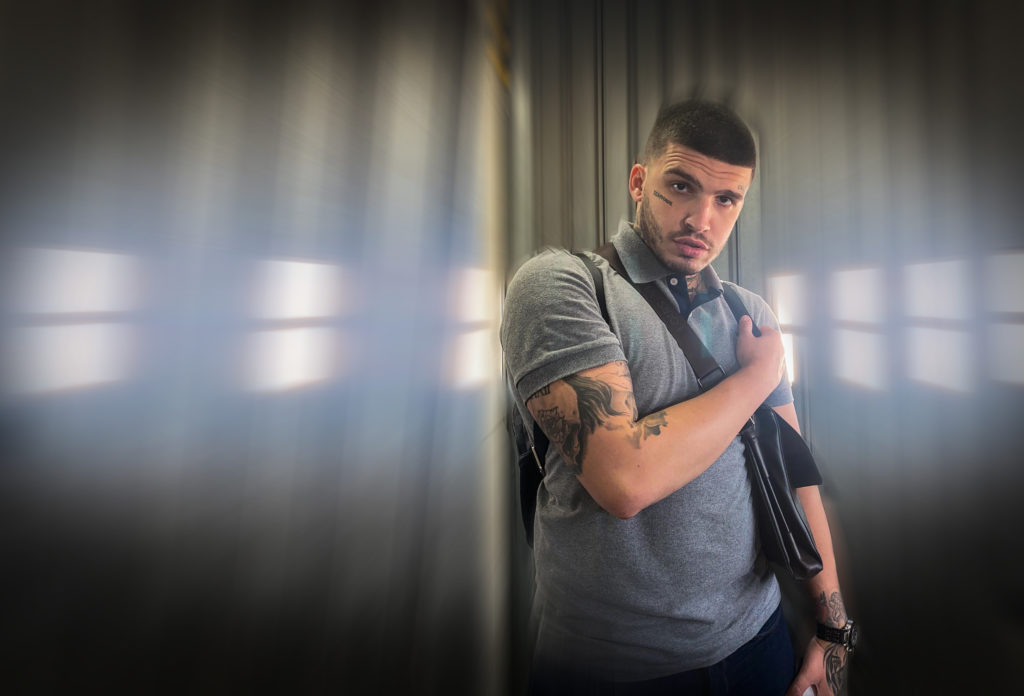 Shortly before the "Tunnel" turned off its lights at 03.00 in the morning, the news about the young rapper arrived. He is alive, but in a bad condition in a hospital in Thessaloniki.
Share

A friend of Lambros Manifavas, also known as Lamanif, confirmed the information to “Tunnel”. He spoke with Aggeliki Nikolouli when he arrived at that time on site and met the young rapper.

The show informed the relatives of the young man and today, Saturday, his mother arrives from Germany in Thessaloniki.

Details of how he got there and what exactly happened will be known today.

Throughout the show, there was a lot of information from viewers, who were mobilized to find the 24-year-old Lambros.

The “Tunnel” in a live connection with the offices of OFKATH in Perea, Thessaloniki, transferred information that the volunteers were researching during the night. Testimonies also reached their offices, which were checked.

While watching the show, the aunt of the missing Lambros from Ioannina, where she lives, wanted to appeal to her nephew.

“We all have our arms open and we are waiting for him to return. He is an exceptional and sensitive man and we are very worried about his fate,” she said.

Lambros’s grandmother also spoke with Angeliki Nikolouli, describing life with him and what he told her before he disappeared.

Lamanif disappeared on Monday, February 8, from the Radar area, in Ano Perea, Thessaloniki.

The 24-year-old with a post he made on his personal Instagram account had expressed his intention to put an end in his life. As he explained, the reason was a video with his personal moments that was leaked by people who threatened him.

The video was uploaded to the internet late on Monday night and the authorities were informed about it early in the morning. During the night there was mobilization by users, sharing the video and asking for immediate police intervention to prevent it.

The “blame” of Lambros…

The missing Lambros Manifavas makes a harsh accusation against the people who blackmailed him. Visibly upset, he says goodbye to friends, acquaintances and enemies, implying that he will put an end in his life.

“We are in a state of shock”

Relatives and friends of the missing rapper, visibly upset and worried about his disappearance, appeal to anyone who knows anything to help.

“The whole family is in a state of shock because every second, every minute that passes, is difficult for us. We spoke on the phone the day before he disappeared, but I did not notice any change in his behavior,” Lambros’ mother told “Tunnel”.

“The police searched his house. Investigations are being made. He did not say anything to me when we talked a while before he disappeared,” says his father.

Volunteers are also contributing in the investigations with searches in the wider area.

“He sent the last message from my house…”

The friend of the missing rapper, in whose house the controversial video with the harsh “blame” was filmed, spoke to “Tunnel”.

“After the release of the video, he was shocked. He did not know what to do and where to go. I believed that I could reassure him and told him to come to my house. In his despair he got up and left. The video that says he will commit suicide must have been shot while I was having a shower. I did not expect him to do that. If I had imagined that, I would not have left him alone.”