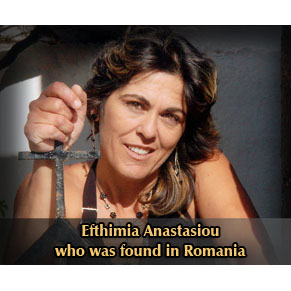 On Friday, December 12th of 2008, 'Tunnel' followed the traces of a woman whose disappearance on August 28th of 2007, was a puzzle and confused the Authorities.
Share

Everybody believed that she was robbed and were looking for her at places of unclaimed bodies. The show spotted the last person who saw her and solved the mystery…The show had to cross the boarders of the country and reach Romania so as to find the 42 year-old Efthimia Anastasiou, mother of two children from Nisiros, alive.