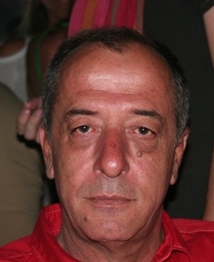 The father was missing nearly a month in hospital intensive care unit and the police stations were unable to work together to find him!
Share

Once again the same story repeats and laid bare the authorities, causing anger and resentment to the people. George Tsiakalakis 57 year old, who had gone from the area of Adames – ??Kifissia on 5 June, was found by relatives to the Laiko Hospital. Hospitalized from June 6 to the intensive care unit and Social Service had informed the police station of Sevastoupolis where the hospital belongs.

The family had state his disappearance to the Police Department of Kifissia on June 7. But police departments were unable to coordinate in order to find the missing patient. Before the disappearance, he was admitted to Evagelismos Hospital with stroke, but he left before completing the treatment.

His relatives informed us that on their own initiative decided to call once again to all hospitals and managed with persistence to find him. The least we can say is that once again the police system DID NOT WORK, they told us characteristically.