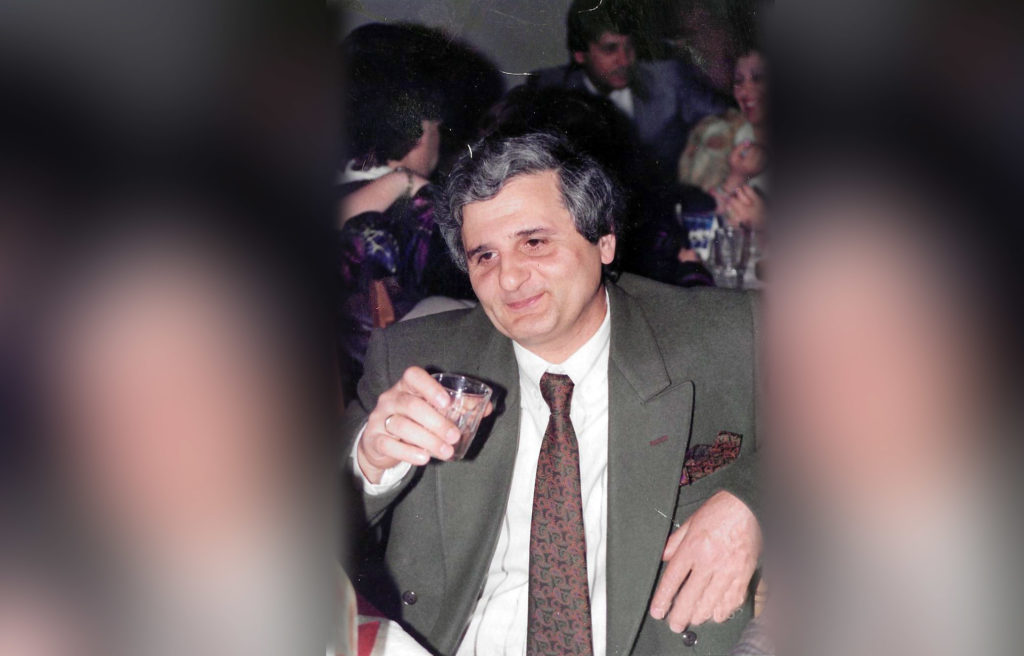 They "dug up" the secret of the villa of the wealthy engineer and what came to light in "Tunnel" is shocking.
Share

The children of the merchant navy engineer came from London to Greece to find the truth about his brutal murder, which some wanted to be “buried”.

The hidden treasure, the excavations in the garden and the “spells”, compose the scene of the brutal murder of Vangelis Ragousis, 70 years old.

He had worked in ships for well-known shipowners and was “a heroic figure”, having saved several sailors in the wild seas and in other difficult situations.

The father of two, fell victim to a brutal murder on May 7, 2015, inside his villa in the Veniza area of ​​Megara.

He was married for the second time to a young woman from St. Dominic and they kept their marriage secret from his relatives, who were informed of it after his murder.

It seems that the motive for the brutal crime was the large sum of money he kept in his villa. Others talk about 150,000 euros and others for more than a million. Amounts he had withdrawn from banks shortly before the capital controls.

His wife, two weeks before the murder, had left by air for her country and returned when she was informed of his murder.

The unfortunate engineer was brutally tortured before he was killed, most likely to reveal where he had hidden the money.

The perpetrators searched mainly in the bedroom, while the metal boxes that allegedly kept some of the money, were found open.

“I found my brother covered in blood with his hands tied.”

The victim’s brother, who found him murdered, shocks with his testimony in “Tunnel”.

“I called him that day and he did not answer. It’s not something he used to do. I called a neighbor to go check on him. He went the next morning, told me that his car was there, the keys on the door and I immediately realized that something was wrong. We called the police. I saw blood outside the bathroom and my brother dead with his hands tied. My brother had tremendous strength. To me, they are paid assassins. They were specifically looking in the bedrooms. The rest of the house was intact. They killed him for the money he hid there”, he said.

The son: “They killed our father for the money they knew he was hiding.”

The children of the unfortunate engineer of the merchant navy who “dig” in his villa in Megara, his brutal murder, spoke to “Tunnel”.

“I was abroad and learned about my father’s death from a website. His young wife had left two weeks before the incident for St. Dominic. They entered the house, killed him and took the money he was hiding. Someone told them, they didn’t come by chance”, said his son.

“Many scenarios are being created. It seems premeditated. Some had planned it. We want Justice. At least let’s find out the truth about what happened, “said the victim’s daughter.

WIDOW: “WOULD I KILL THE MAN WHO WAS OFFERING ME A COMFORTABLE LIFE?”

The “Tunnel” located in Athens the widow of the unfortunate engineer. She was surprised by the show’s camera, but agreed to speak, giving her own version of this thriller.

Maritza Rodriguez Santana says that at the time of her husband’s murder, she was in her hometown of St. Dominic, on a long-planned trip.

“The police informed me about the murder of my husband and I immediately came to Greece. In photos they showed me, I recognized a person from Crete who was coming to our house for work. But they did not do their job well. I want the perpetrators to be found and I will not rest until I find out who killed him”, she told the show.

She expressed her disappointment because from the beginning she was considered suspicious of his murder.

“Would I kill the man who was helping me live a wealthy life?” she concluded.

“The young woman, who came into his life, destroyed ours.”

The victim’s ex – wife and mother of their two children, talks about his young wife, but also about his heroism at sea.

“One night on the ship, a crew member took an ax, started attacking sailors and started a fire. Vangelis acted calmly and saved the ship with his heroism. And on many other occasions he showed his strength. But after meeting this lady, our lives changed radically and came upside down. She was taking a lot of money from him and bought her houses. Before capital controls, he went to the banks and withdrew money. Someone in his close environment knew that he was hiding them in his house. The culprits must be found, it is unfair “, she stated.

“He had more than a million euros hidden.”

The unfortunate engineer’s brother and son reported the large sum of money that the killers seemed to know was hiding in his villa.

“I estimate he had one to one and a half million euros at home. I think the empty boxes that were found had money inside. They dug in the coop, but also in the garden to find the rest “, said his brother.

“They did not touch anything else in the house; they went in for the money. Their action was targeted and they only searched the bedrooms. They waited until his brother left and went inside. Because my father was strong and did not surrender, they killed him,” said his son.

They also talked about the role of his young wife.

“I was beaten at my brother’s funeral. She punched me in the nose and I bled. I called the police, told them about the incident and she claimed that I was the first to hit her. ”

“She believed in black magic. When she saw the blood, he said she would not clean it to make magic and find out where the money was. She has taken our father’s bones and we don’t know where he is buried so that we can light at least a candle for him “, said his son.

For the case there have been prosecutions of unknown perpetrators for murder.

His family is doing everything they can to reopen the case, find the culprits and punish them.

Six months after Megara, a similar crime took place in Aegina. On November 30, 2015, in the area of Agion Asomaton, Irini Marmarinou, 71, and her nephew Lambros Protonotarios, 44, were horribly killed in their home.

The unknown perpetrators tortured them to extract information about the money they had there due to capital controls and burned them in the bedroom to erase their traces. From the bank records, it was later found to have withdrawn 800,000 euros.

At the time, information was circulating that there had been bank leaks.