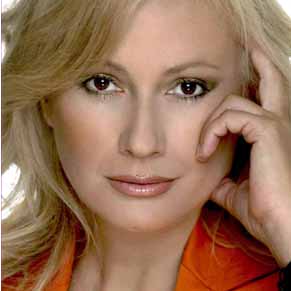 People foray you, burn you, mock you and you are looking for crutches to support your broken legs. Athens counts its open wounds, bleeding and there is no doctor to heal them.
Your angry people turn the streets into their homes, protesting against those who are trying to sell the country.
It seems you can’t face a bright day and you are drowning in the fog of chemicals that your Forces are using. It is the police, my Greece, which is so confused and fights with innocent people. The Ministry that protects citizens, left them unprotected … Heads were wounded, breaths were cut, people were trapped in the new battle of the Constitution and they didn’t take any medical care because no one would open the way.
Athens is burned, crushed, plundered and everyone is shooting about what had to be done…
In the news, the experts conduct their own review with tons of power. And here they are again the politicians with the wooden, formal speaking, revealing who are the people that behind your back, they lit fires.
The communists talk about the people of “Chrisi Avgi” and then about fascist monstrosities, which are raised by the sick state system. They talk about troublemakers – partners of cops that are “pigs, murderers of the people.”
PASOK political party shouts so as to consolidate what? About those people that are motivated by communist groups (such as SYRIZA political party). About extreme people that aim to stain their “tidy mantle of power”.
The conservatives, what do they say? About the known or unknown hooded people that are covered by the power of PASOK. Recently, the chant changed at the Parliament and through the mouth of Samaras we heard what his nose revealed at him… “It smells gunpowder“.
Gunpowder, this is how it smells, ladies and gentlemen of political life. It is anger, injustice, poverty and the reaction of all citizens that they can see … A bunch of filthy people covered with the hood of betrayal, destroying what they have created. Murdering working citizens (such as the dead people of MARFIN Bank). They leave democracy naked and they never get arrested.
His faces are never revealed and we don’t know who they are.
In order to revive Athens, to stop dragging different versions, to stop targeting groups, to finally learn the truth … GRASP THEM.