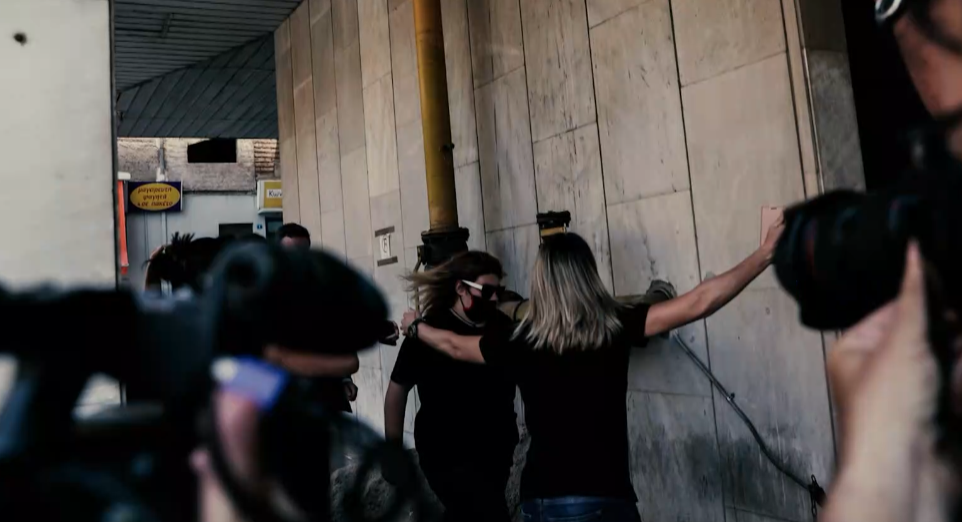 On the morning of Monday, October 10, Dimitra Pispirigou crossed the threshold of the prosecutor's office, accompanied by a lawyer, in order to testify about the deaths of her two youngest nieces, Malena and Iris.
Share

According to information, the judicial official asked her to describe in detail exactly what happened at the house on Bizaniou Street on the fateful night when Irida, who was only six months old, died.

It is recalled that Roula Pispirigou’s sister, as she had testified during the preliminary investigation, was at home with her when the infant died and according to what she has stated, she was the one who found the baby dead.

Wearing a mask and black clothes, Dimitra Pispirigou did not want to say a word to the journalists, neither when she arrived at the courts nor during her exit.