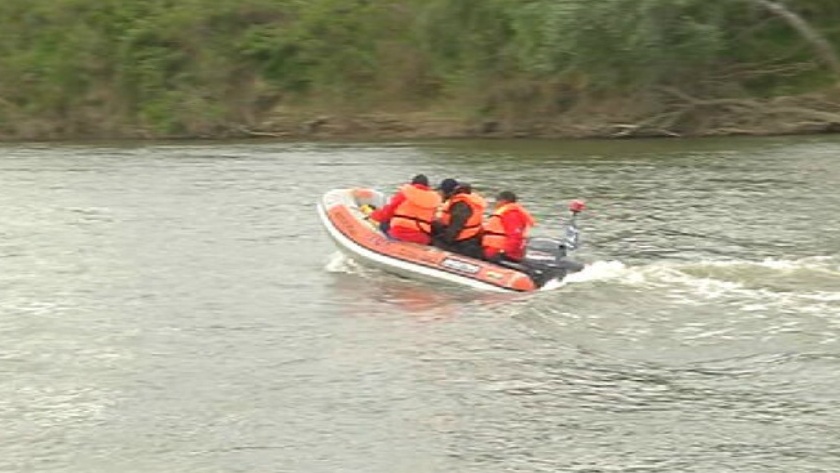 The giant operation that was set up in Axios river to locate the businessman of Thessaloniki, cut off the breath ...
Share

Tunnel on Friday, April 21, presented the results of the difficult  investigation to locate the missing Dimitris Graikos …

One day before on  Thursday, the expert group searched persistently from early in the morning until the darkness fell, the secret of his disappearance.

His siblings were represented by the lawyer Nikos Dialinas, who initiated the whole procedure, with the volunteers of O.F.K.A.TH.  A few days ago, he had filed a lawsuit for the manslaughter of the entrepreneur.

Anxiety strikes red on the river bank, whenever  radio receives a call of the researchers in the boat with the special equipment …

With the eye nailed to the Sonar screen, pilots and divers deciphered the marks of the bottom-hole.

When the show began to air  the videos of the organized research, the  wife of the missing man  contacted the call center. She complained that his siblings had not informed her of this operation.

Mr. Dialynas, who was in the Tunnel studio, said:

“The common sense of this case is led by the assassination version. Neither herself nor her lawyer thought it was appropriate to contact me. I know that the missing person’s wife often speaks with the president of the volunteer group of researchers. Whoever is interested, let him do his own research. We will not compete, “he emphasized.

Speaking to Tunnel, the well-known lawyer also referred to the lawsuit against any person responsible for manslaughter intentionally filed recently to  the Public Prosecution Service of Thessaloniki on behalf of the siblings of  Dimitris Greakos, which was served to the Missing Persons  Department.
Mr. Dialinas stressed:
“Things have to start getting serious. We suggest witnesses in the lawsuit. There is evidence that Graikos had prepared a workshop to repair his country house in Halkidiki and had settled all his financial pledges. He owed nothing to accept threats or anything like that. According to his wife and her lawyer, his business is of great value with prospects and he was intended to modernize it. So why should this man disappear? We will search everyone! Greeks and foreigners, “he emphasized. 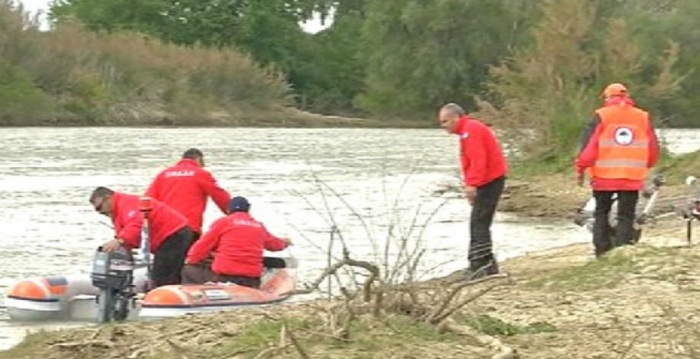 He said next week the expert team of researchers will search the river Loudias.

“If he is not there, we will investigate the land. We will look at the “dark holes” of spare parts, something the Authorities should already have done! “he said.

The call center was upset by an important piece of information that arrived at the show.

A couple , friends of “Tunnel”  who followed the route of Graikos found at a  dirt road under a bridge between Anatoliko  and St. Athanasius scattered burning bones. The couple photographed them and sent the material to the show. The authorities and the forensic scientist were immediately informed  to determine whether the bones belong to a human or an animal. 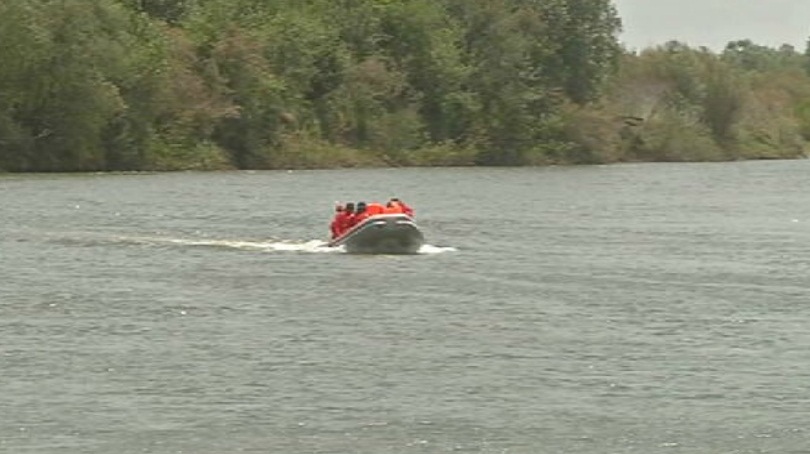 The operation  to locate the businessman begins …
The volunteers of O.F.KA.TH. gathered early in the morning of Thursday April 20th equipped with the most modern materilas, ready to “sweep” the river, from the Dam to Delta.
The managers of the group of fifteen people had planned the business plan so that research at this difficult point could be carried out safely.
Beneath a special awning were the benches with the telecommunication machines and the special maps. Next to it were ready-to-use ropes and buoys for river investigations while a first-aid site was also being prepared.
A sonar with a special “eye” for rivers was placed on the boat, which has the ability to record three-dimensionally and scan everything  exists at the bottom, at a depth of twenty meters. At the same time, it was equipped with a special metal detector.
The operation  to locate Dimitris Graikos started … 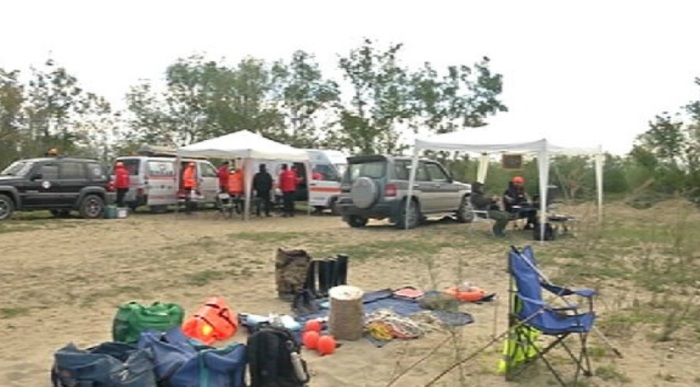 The sonar is looking for the secret of Graikos ….
Under adverse weather conditions and with their mind in the weather report, the sonar pilots boarded to the specially equipped boat.
Priority with the help of the special “eye” was to map the bottom of the river and if  something was detected, the divers would continue the research.
As the chairman of O.F.K.AT Christos Rammos said in the 15-member research team, were participated the operator of the boat  Kostas Helmis, the sonar operators who were specifically commissioned for this purpose, Thanasis Giannikis and Giorgos Tsiopoulos , Experienced rescuers and others. 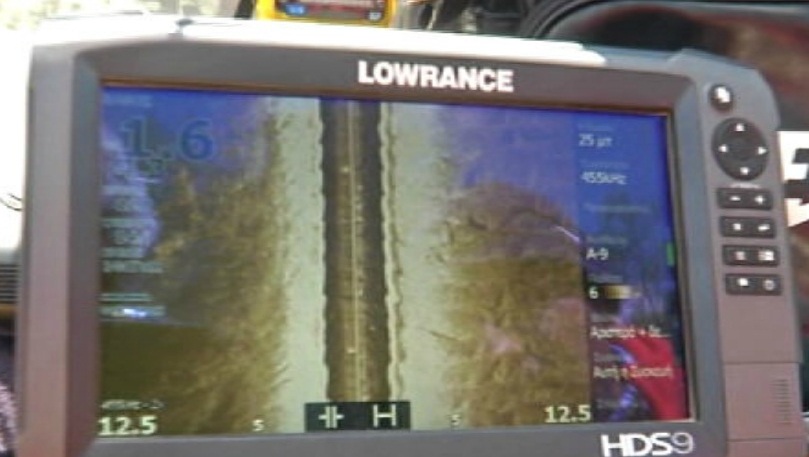 Speaking in Tunnel, Kostas Helmis pointed out that the aim was to accurately check an area of five kilometers. First to the River Delta and then continue the investigations to the dam.
As he explained, this is a very difficult operation  because, apart from the air, the team volunteers had to face the river as well. This means that if they found a goal, they would need a second coordinated venture to divert divers.
Sonar operators explained that the special “eye” can record three-dimensionally accurately the bottom. The material is photographed but also photographed for detailed study. 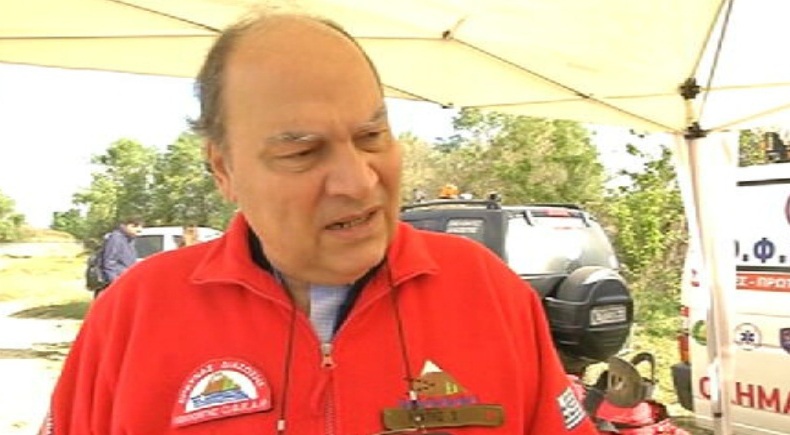 “Graikos will be found no matter what …”
Along with the volunteer ship in the Axios river, there was aerial coverage of the helicopter with a camera, while other members were investigating the coastal area on foot. During the investigation, the chairman of the club was notified to see a find on a dirt road ending on the river bank. A sack and scattered bones which  that did not look human. They also identified two pieces of metal used for  car wheels to immobilize them or to make them move to another location.
“Well done to the team who managed to set up such a well-organized business according to European standards. We will also plow Axios and Loudias. Graikos will definitely be found! It is a matter of honor for the team and for me as well as for the promise I gave to his brother. It is inconceivable for Greece in 2017 for a man to be lost with his car in a residential area and everyone around whimpers indifferently, “said Nikos Dialinas, who closely followed the giant operation. 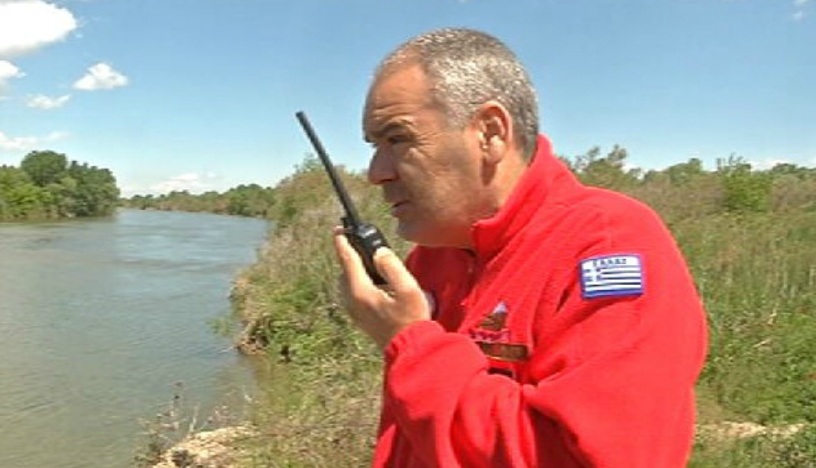 The river did not give the answer for the missing person …
The sonar explorer ship arrived to the shallow spots as the River Delta. In the path the special “eye” traced wood, metal and tree trunks. The researchers continued his journey to cover the remaining distance as long as was allowed.
When the ship returned to the business center to refuel, the manager, Kostas Helmis, spoke to Tunnel reporter about the bad weather the group met in the river and about the negative results of the investigations. As the operator of sonar Thanasis Giannikis said, where they found some depth, they were looking for the specifics more and if the car was in the river they would find it.
Then the group with the boat moved to the opposite side toward  the dams where the river was  deeper.
During the investigations, Tunnel camera recorded the sonar images. The operator explained in detail how the bottom is read.
After about eight hours of research in the river but also on land, the researchers returned to the business center frustrated.
“We had a negative result but we will continue because  we want to give an end to this story. We exclude the points one by one. Next we will search Loudias river “said Christos Rammos, President of the Association.

See frame by frame all the developments in the case here.