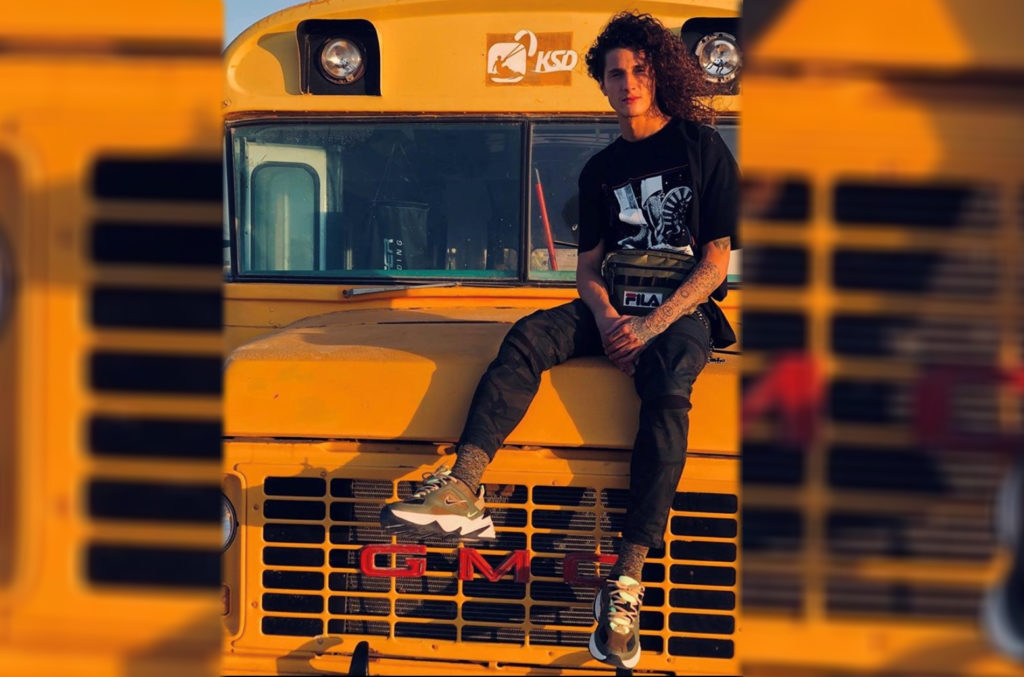 The macabre "secret" that was hidden for many months in a ruined mansion in Piraeus, came to light causing horror.
Share

Children who were playing in the dilapidated buildings of the former Mavromichali Mansion, located on Friday, May 7, in a water tank, the skeleton of a man. They notified the neighbors and the police and the fire brigade arrived at the scene and took the skeleton away.

The fact that the inn where the missing French dancer lived was nearby, sounded the alarm. The findings and timeline “show” that is 27-year-old Joyce-Timothy Radocic, who enjoyed doing yoga and meditation in areas that exuded some energy.

The authorities, in collaboration with the French, already have in their hands the DNA of the unfortunate man, to compare it with that of the skeleton.

The “Tunnel” together with the lawyer of the family, Charalambos Tsianakas, were found on site and the questions that are asked are many.

“During the retrieval of the skeleton, tufts of curly hair were found, which resembles Joyce’s hair. We are waiting for the official information from the medical examiner”, said Mr Tsianakas, lawyer of the family of the unfortunate young man, on the camera of “Tunnel”.

How was a skeleton found in the ruins of the mansion?

Speaking to “Tunnel”, the lawyer of the French dancer’s family said:

“From the first moment we said that the information we had did not show that Joyce had left Piraeus. We have to see under what conditions he was there, in the ruins.”

Mr. Tsianakas said that if the skeleton turned out to belong to Joyce, the possibility of homicide should be seriously investigated.

“We get the idea that someone may have hurt him. All the persons, with whom he was connected, re-enter the microscope, in a different way now. From a mysterious disappearance, we might be talking about a mysterious homicide. If someone wants to do something bad or hide something here, where the skeleton was found, this is the ideal place,” concluded the family’s lawyer.

Joyce-Timothy Radocic, 27, who lived in Rosburg, France, had arrived in Greece on July 5, 2020 and was staying at an inn. He disappeared on Friday, August 21, when he left for meditation.

The show was found at the inn and spoke with Georgios Fotakis, the company’s legal representative.

“This information is shocking to us, because we are talking about a building right next door. All possibilities must be investigated in order for the case to be fully clarified. We were looking for him all over Greece and finally to be a few meters from where he lived, if it is finally officially established that it is Joyce indeed. Security and Search Directorate from GADA came here and searched the surrounding buildings, but did not find anything. We are talking about a dangerous spot with dense vegetation. We could not imagine before you informed us that the skeleton was right next to us”, said Mr. Fotakis, shocked.

What the forensic science showed…

The medical examiner Elias Bogiokas did not find any injuries in the skeleton and since there are no tissues, histological and toxicological examinations cannot be performed.

He wanted to stay in Greece…

The people in charge of the inn collected and handed over his personal belongings to the Security of Piraeus. Inside the bag were Joyce’s clothes, his cell phone, his ID and some documents, including a job application.

It seems that the unfortunate dancer was interested in staying in our country.

The application concerned a well-known company that hires people from different countries to work at a call center.

Joyce had declared as his permanent residence the house of a Greek friend of his, with whom he shared common interests. It seems that she herself, with a statement, had consented to this.