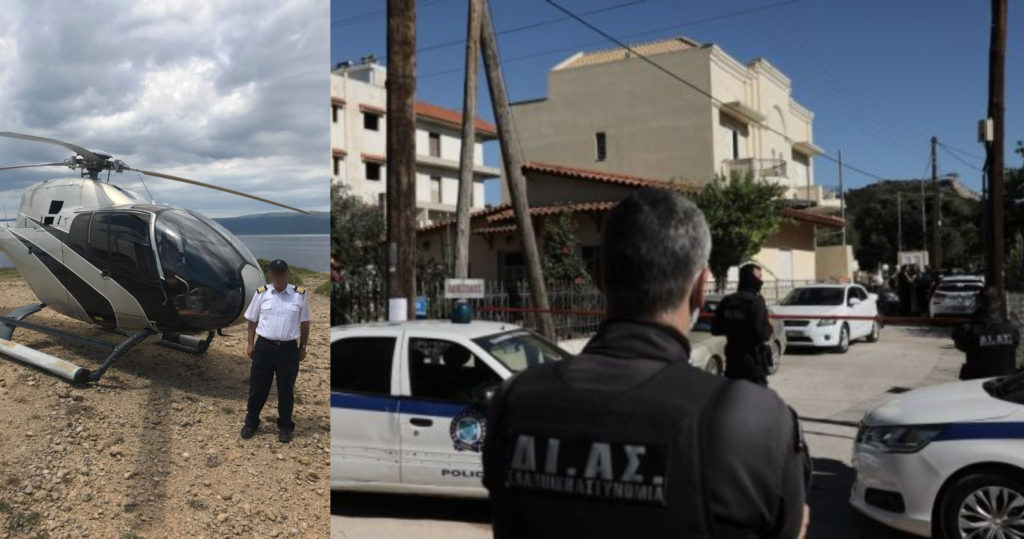 The revelations in the "Tunnel" about the crime in Glyka Nera with the young mother as the victim, stuck the viewers.
Share

The show presented a new video-documentary for the dark car from a security camera. In the early hours of Tuesday May 11th, the car moved suspiciously in the area of ​​the robbery, before and after the murder of 20-year-old Caroline.

The owner has not been identified by the authorities and this new video is considered to be important for the investigation. The driver of the dark car avoids the Attiki Odos security cameras’ and speeds away to Stavros of Agia Paraskevi via Lavriou Avenue.

The revelation of the pilot and trainer of the unfortunate Caroline’s husband caused a special sensation. The experienced civil aviation instructor and his wife were the victims of a wild robbery in their luxurious house in Alepochori, Megaron.

The way the three criminals acted was exactly the same with that of the robbers in Glyka Nera. The two pilots found some similarities in the description, especially of the leader. He was 1.70, stocky, with a short neck and a round face. His eyes were hazel, he was talking Greek, but he also mentioned some Albanian words.

All three perpetrators of the two robberies were about 35 years old. They left no traces of DNA and fingerprints in both houses. The trainer does not consider it is a coincidence that both he and Babis, Caroline’s husband, were working at Megara’s airport…

“EVERYTHING THAT THEY DID TO CAROLINE, DID IT TO MY WIFE”

“The leader attacked my wife as well as Caroline. They closed her nose and mouth and then he shouted “kill the old woman”. She lives by a miracle. He told me that their job is to rob and kill”, husband said shocked.

“Maybe the information about the money was leaked from Megara’s airport. I have known Babis for many years, almost since he finished high school. He had a degree in helicopters and I trained him to be a professional”, he concluded.

“THEY WERE PERSISTENTLY ASKING FOR MONEY”

The victim of this brutal robbery, which was committed in Alepochori on the night of July 17, 2018, also mentioned the observatory that the perpetrators had. They were hiding in a neighboring cottage and watching the couple’s movements.

“They knew when we were going to close the shutters. They came from the right and moved to invisible places in the dark. After they took 1100 euros from my pants, they asked for more money. They left when they found the jewelry. They abused the dog to immobilize it. “My wife and I saw 250 marked photos, like Babis, but we did not recognize anyone,” he told at Tunnel’s camera.

The testimony of his wife, who was seriously injured by the attack of the three unscrupulous robbers, is terrifying.

She did not hesitate to pull the leader’s mask and see his face. This move infuriated the leader, who shouted:

“I started shouting and calling for help. They shut my mouth, threw me under the couch and dragged me for twelve meters. They kicked my body and face. At the same time, the leader shouted at one of the gang: “George kill the s.., kill  her.” “I spent twenty-two days in KAT seriously injured,” she said, trembling.

“I would have died of bleeding if my husband, who managed to break free, did not save me. “After the attack, we always have an alarm button in our throats,” she concluded.

THE REPORT OF DAILY MAIL IN THE “TUNNEL”…

The shocking crime in Glyka Nera with the victim 20-year-old Caroline, occupies the British media, since the unfortunate girl had British origin.

Last Saturday, in May 29, and a few hours after the show aired, the leading British newspaper Daily Mail, referred to “FOS STO TUNEL” in a relevant article. The reason was the video documentaries shown by the show from CCTV cameras with the suspicious cars.

A journalist of the newspaper, contacted the show to ask the permission for use and reproduce the material.