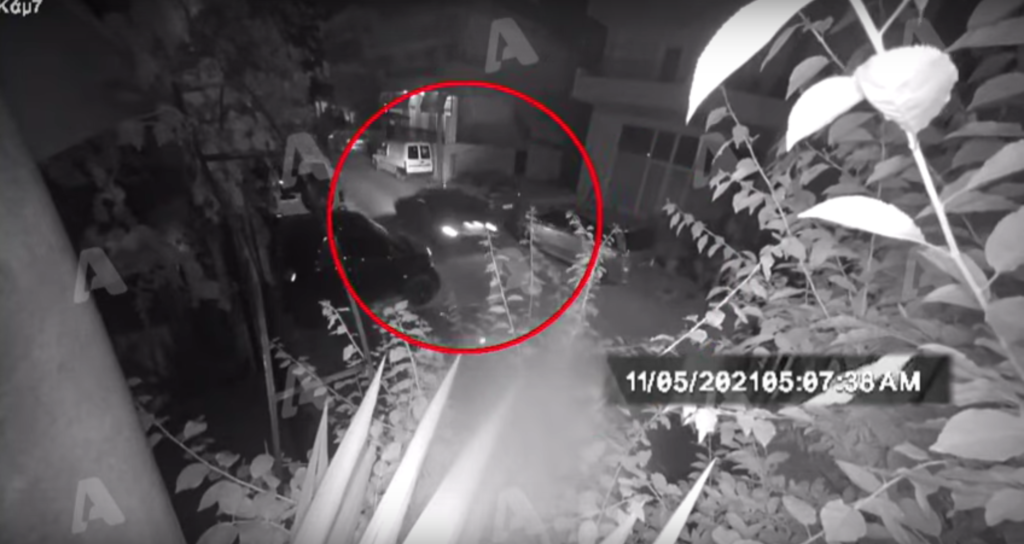 Following the video brought to light by the "Tunnel" for the murder in Glyka Nera, new videos from security cameras were presented on the show.
Share

One of the two videos shows details of the suspicious car, which was presented by “Tunnel” last Friday, a few minutes after it turned from Diadochou Pavlou Street to Lavriou Avenue. It was 5.30 am on Tuesday 11 May. A little while ago, unknown perpetrators had committed the heinous crime in the maisonette of the civil aviation helicopter pilot on Panagouli Street. They took the life of his young wife and the mother of their eleven-month-old daughter, all in order to snatch the 10,000 euros and the jewelry they had in their house.

During the live broadcast, a viewer sent new video footage, which shows a dark car and a few minutes later a motorbike, which seems to be following it.

The specific material is from CCTV cameras from his house on Karaiskaki Street, close to the house of the crime. The dark car passes at 05:07 on the morning of Tuesday 11 May and four minutes later, at 05:11, the motorbike follows with a rider, who appears to be wearing a hooded sweatshirt. This material will be examined by the competent police authority.

According to information from “Tunnel”, there is a wait in the police for some information, which may lead to the solution of the puzzle, but not immediately.