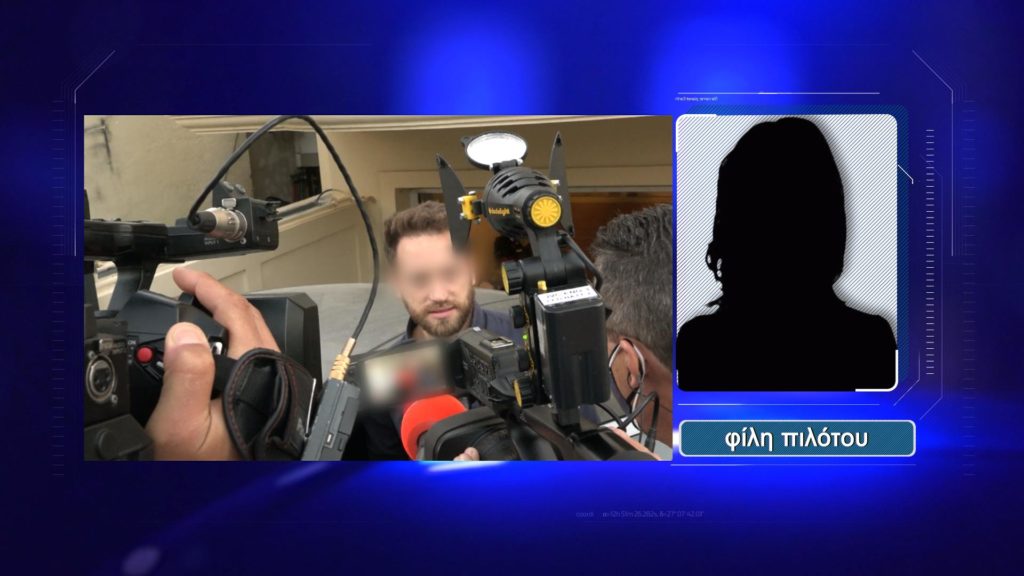 New evidence for the crime in Glyka Nera brought to light the "Tunnel" in the premiere of the 27th season.
Share

Angeliki Nikolouli located an important witness and spoke with him.

What he says is revealing about the relationship of his friend, Babis, with a woman who had fallen in love and had marked him. A woman who could never get over with.

“I had seen some things that Babis did not like, such as that with his girlfriend. That is, a 30-year-old man was now going out to advertise that “look, I’m going with the one who is married and I’m in love”. “He must have had a parallel relationship with Caroline and the other,” the witness said characteristically.

He then talked about his friend’s marriage to Caroline, but also its tragic end.

“Everything happened to Caroline all of a sudden, as if in a hurry. Everything happened so quickly. He married her in Portugal. Nobody knew anything. I wonder if he did not want to give too much space because of the other woman and did everything secretly, so as not to provoke her. The other was surprised because she learned it from social media “, he added.
“Babis is an immature, frivolous man, that’s what he is. He has his psychological problems, but… ok, to reach committing such a crime and direct it all this way? “To use his own child, to kill the dog, to hang it and to make fun of her mother?” he said.

When asked by a reporter if Babis had undergone psychometric tests, his friend replied:

“They are doing a test with the G.N.A. psychiatrist. at the Aviation Medicine Center. But that says nothing. “After five years, he may have gone crazy.”

Angeliki Nikolouli managed to locate the pilot’s girlfriend in the city she moved to after the events and talk to her. She revealed everything, covered in the anonymity she demanded. She also referred to what the pilot asked her a few days before the murder of his wife.

“There was indeed a relationship with Babis, which was from 2015 and ended in June 2016. He was very angry with me because he thought I would end my marriage to be together. I had never thought of doing that. It was a superficiality, from the way he approached me because of his persistence”, the woman says characteristically.
“It appears from various notes that he was trying to see me. I have kept all these handwritten notes, but also pages he had written on the computer. Someone was texting my husband about this relationship. I am sure that Babis sent them in his attempt to make me get a divorce”, she emphasizes.

“In the last six months, the notes had started again. He had an obsession that scared me and I tried to have a good relationship with him from a distance so as not to get him angry. He had sent the last note two weeks before he killed his wife and was asking to meet with me. I know Caroline has known all this for a long time. Babis himself told me that.”
“When he set the scene years ago to make me get a divorce, I realized that he is not doing well and has no limits. I understood that then, but to reach a point of committing murder?” She wondered in shock.