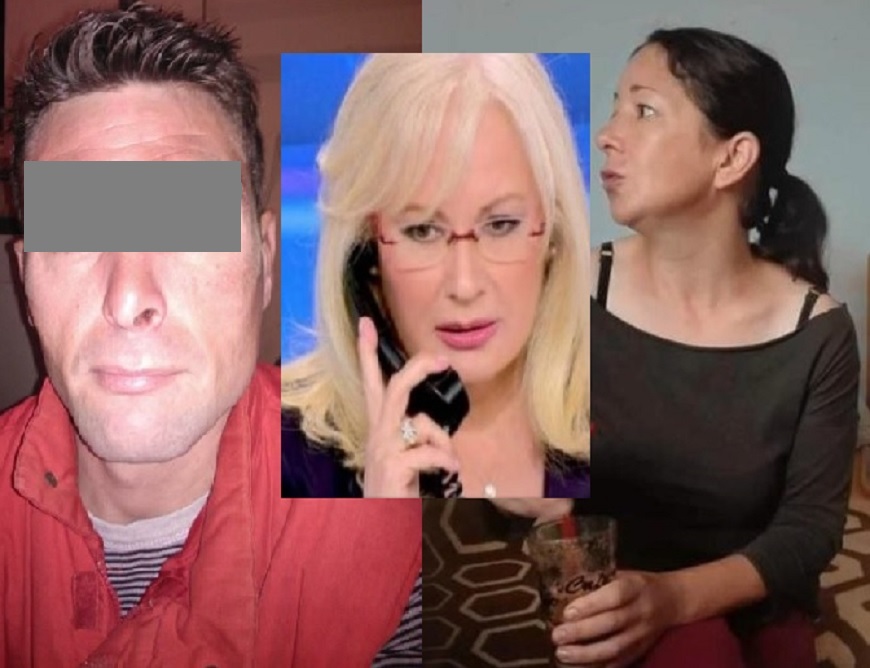 Angeliki Nikolouli located in a foreign country the initially number one suspect in the thriller of the unfortunate 42-year-old Monica Guz, a mother of three in Kyparissia.
Share

His first words cause horror. Cold and cynical, he answers in a calm voice as if what he hears concerns a third person and not the same and the woman with whom they lived together for two years.

“I do not know what happened”

Angeliki: Did you find out here what happened?

Suspect: No, what happened?

Angeliki: For Monica, haven’t you learned?

Angeliki: It was found “cemented” in the yard of your house

Angeliki: Didn’t someone you know tell you what happened?

Suspect: No, not only did I see some calls but I was left with a card and did not communicate.

The main suspect does not seem to realize his difficult position. He denies any wrongdoing and points to many different people who could have killed his partner to confuse him. See what he answered to the stormy questions of Angeliki Nikolouli.

Angeliki: You now understand the developments. That is, the woman was found murdered and buried in your yard.

Suspect: I got it, yes. So, I will be the first suspect…

Angeliki: Aren’t you? Objectively if you see it you are not?

Angeliki: But why did this happen now, why did you get to such a point?

Suspicious: Oops, oops. I have not done anything like that…

“Others did it to get me involved”

Angeliki: Now who went and buried her in the yard of your house …

Suspect: A thousand and two could if we went there. All the gypsies who hold a grudge against me would have done it. The last time I saw her and left her, she was there with them.

Angeliki: I mean, do you think that someone else killed her and buried her in your yard to incriminate you?

After denying everything to the journalist, he does not hesitate to accuse a relative of the ex-husband of 42-year-old Monica. She claims that he could have killed her. Angeliki asked him about it:

Angeliki: So, this person was in Kyparissia?

Suspect: No, in Romania.

Angeliki: Come on, this man left Romania and went to Kyparissia to kill Monica and incriminate you. As if you are not telling me well…

The bags with cement

Angeliki Nikolouli also asks him about the cement bags he bought immediately after the woman’s disappearance.

Angeliki: The police searched and found that in those days when Monica disappeared, you went to a construction yard and bought materials. You got sand, you got cement…

Suspect: I was working then. These days I had worked.

Suspect: Why, that day should definitely have happened?

He asked if they had put ribbons in his house

The 39-year-old did not deny that some time ago he contacted his friend Kyparissia and asked him if the police had gone to his house, if they had put ribbons and if they had isolated the area.

Suspect: Yes, yes that is true.

Angeliki: Why did you ask that?

Suspect: My house was broken into twice.

Angeliki: And because they broke into your house twice, what is the job of the police to put ribbons? He puts ribbons if he has found a corpse…

Suspicious: Oops, oops. I was told that a window had been broken and the police put on a ribbon. And he went …. and saw that they had not put a ribbon.

Angeliki: Now, as you understand, the developments are rapid. Everyone says you hit her and abused her. Do you now understand that fatally you have to come to give explanations…

Angeliki: Aren’t you upset about Monica? Because you told me that he lives and reigns and has left it with someone else and finally the woman is found murdered and buried. And where; In your yard, in the wildest way “cemented”.

Suspect: I know but … What should I do? Tell me what to do? Should I cry like an asshole?

Angeliki: Why, my child, was she your partner?

Suspect: What should I do? I loved her for so many years and the other one was walking around…

The main suspect in the murder of the 42-year-old mother left Greece shortly after her disappearance, without notifying the owner of the house that lived in Kyparissia. He did not even hand him the keys.

Nikolouli: You did not notify the owner that you are leaving…

Suspect: No, because I intended to go back.

Nikolouli: But you did not pay the rent either.

Suspect: I lost his phone…

The 39-year-old Romanian, in the many things he said to Angeliki Nikolouli, gives his own explanation for the strange death of another woman with whom he was living before the unfortunate 42-year-old. As he states, it ended up due to pathological causes.

He stated that he is at the disposal of the authorities, who, as he claims, have not yet contacted him.

Read detail of the case HERE.