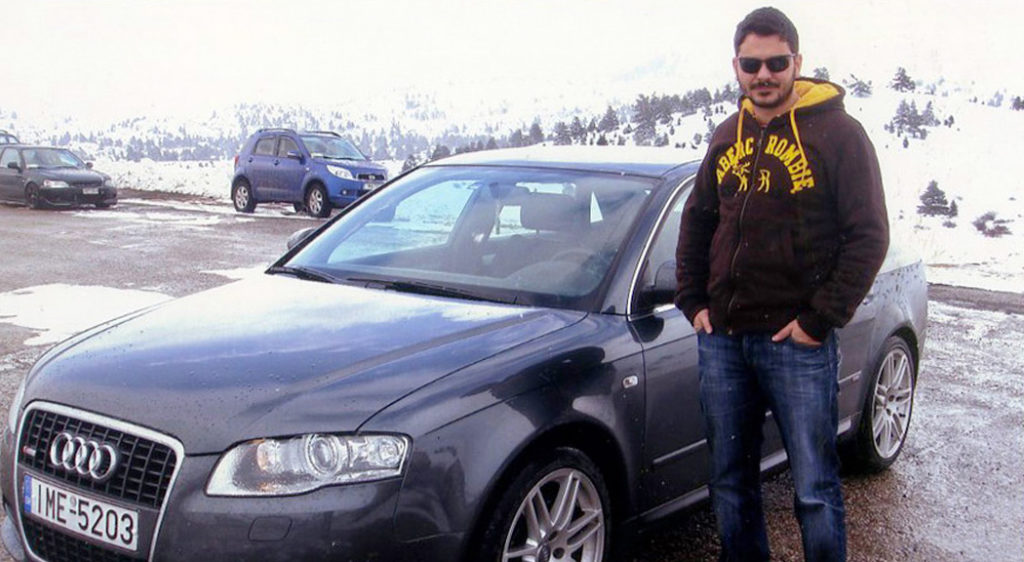 "Marios is abroad ..." he claimed in his defense statement the main accused in the trial of the extraordinary case of kidnapping and murder of Marios Papageorgiou, that is now in the final line.
Share

The “mastermind” at the previous meeting of the Joint Athens Court of Appeal did not initially appear to make a defense statement, citing health reasons, which even surprised his lawyer.

The Chair finally ordered his violent surrender to make sure that the invocation of his illness was not pretentious. Until he appeared before the court, two more defendants completed their defense statements.

In the beggining of the hearing on Wednesday May 8th, the main accused began his defense statement  almost whispering, with carers putting microphones in front of him to be heard in the audience.

“I have never done anything wrong. I have been a security driver for 52 years and have not done any offense. I saw Mrs. Theodorakis  once in 2000 and  one more time in 2004 because my wife was facing a problem with her eyes. Since then we have had no other relationship. A relative told us she wanted to talk to me. When I went to find her, she told me to watch her son, because he had gotten involved with his friends … “he said.

He then pointed out that he simply served the victim’s mother’s family and described Marios as a young man who was having fun and returning at his house at dawn. He said that in 2011 he had been a quarrel with his mother and grandmother as long as they were in Mani  and had disappeared again for a while.

Without coherence in his sayings, he told the court that the victim often called him “father”. For the disputed evening that Marios disappeared without being specific, he said the young man entered a BMW car with some “friends” of his and asked him to meet for some reason that did not specify with another accused in Trocadero area! For this certain accused he said that he called the victim’s mother on his own initiative as he had no intention of doing so!

When asked by judges for specific events mentioned in the case file for that night, he denied everything. He even refused he tried to abduct Varvara Theodorakis and threw all responsibility to a collaborator who was convicted at the first trial of all for his involvement in the attempted abduction of the mother of Marios.

He also spoke with contradictions about the day of his arrest:

“It happened Suddenly. My first lawyer suggested to say that I have monitoring devices… I never believed that Marios and Varbara did not mee … I swear that Marios, as he had told me in 2009, is in the Netherlands or in America. He did not want to go to the Greek army … “.

With incredible audacity, he presented a new scenario at the court, saying that on the night that Marios disappeared, they were both at Trocadero and  victim told him about his plan to grab five hundred thousand euros from an elderly aunt of his , implying that  his mother knew about it! Amid his unreasonable claims, he still said, “It is very strange that the blood of Marios was found while his car was kept in a garage of a relative of his”!

Asked by the judge where he believes  is the corpse of Marios, he replied:

“No! There is no chance! Not unpleasant scenarios for Marios! Marios is in the Netherlands or America! ”

He did not give a specific answer when the Public Prosecutor asked him to explain why he said he was watching the victim’s mother to see if Marios would meet her  while he had testified that he had planned to take her money when she was walking and  put her in a van. The Prosecutor continued with a bombing of questions in an attempt not to let him extend to gibberish, relying on past statements and telephone conversations, but without any effect.

The accused alleged that he did not know anything about what it was heard in his telephone conversations about the journey made by specific people with a cargo carriage. To even justify his contradictions about his initial statements, he said with a great deal of audacity:

“Do not you know who wrote these? S … (implying the then  Chief Investigator in  the case), who is the lady’s brother! (implying the mother of Marios) “.

Then, one of the judjes told him:

“There is a great poet, Titos Patrikios. During the trial, he wrote  an essay entitled “Truth and Lie”. He says that lie can take many forms and one of them is to create “new truths”. But the truth  in the end will triumph. I now want to tell us the truth and not “new” truths.

The “mastermind”, insisting on his harsh attitude, concluded his apology by claiming that he had said all this at the instigation of his then legal representative.

Immediately afterward,  the last accused in the case made his defense statement. He said the “mastermind” had warned him in early August 2012 that he wanted him to help him with a relative.

“He had told me that it was a kid who got drunk and was hiding in a house because someone wanted to kill him. He explained to me that he was organizing a virtual kidnapping to get money from his mother so tthat kid could give it to merchants whom he owed. He asked me to make phone calls to his mother, “he said.

He described the process of specific phone calls to the victim’s mother in a clear and detailed manner, defying in many places the allegations of the main accused. Responding to headquarters’ related questions, he reported that the wife of the “mastermind” was the one who told him to meet him. Shortly before completing, he addressed the “mastermind” and told him in a strong tone:

“Everything is your fault. You taunted us all. You killed the child from the very first moment … Tell  where is his body … “.

Of particular interest are  expected at the next meeting on Tuesday 11 June, the Prosecutor’s proposals for both the accused and the involvement of third parties.

See frame by  frame all the developments in the second instance trial, but also the profound research of “Tunnel” here.