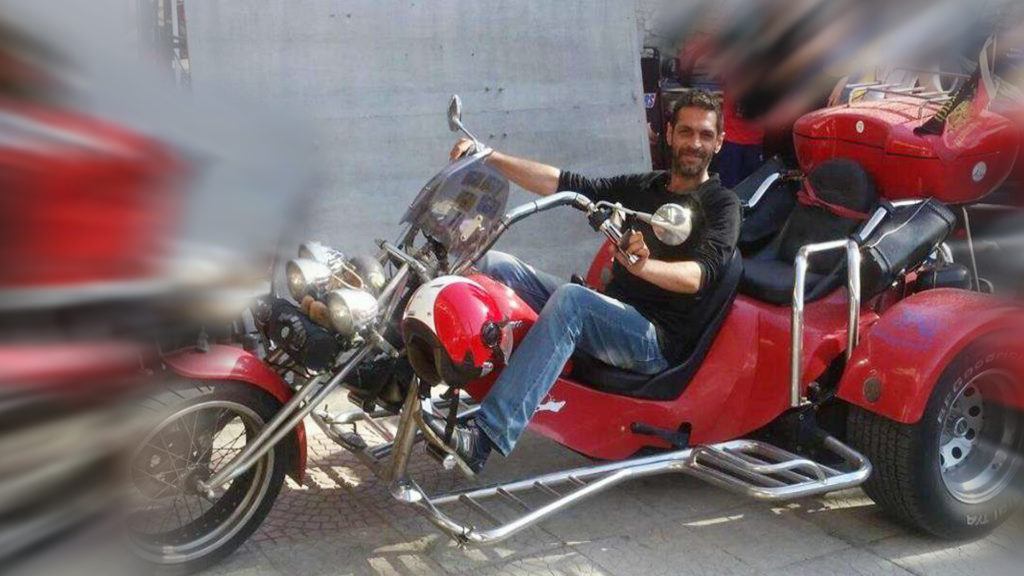 Just 24 hours after the screening of the first show about the thriller of the restaurant owner in Argalasti, the prosecutor of Volos asked the victim's friend, who found him seriously injured on the road, to give a testimony in the context of the investigation he ordered for intentional homicide.
Share

Additional testimonies were also requested from the mother and brother of Dimitris Koutlagas, the 47-year-old restaurateur, who unjustly lost his life after a mysterious “car accident”. The new investigative actions were undertaken by the officers of the Police Department of South Pelion.

The procedure ordered by the prosecutor is urgent, which means that within ten days the police will have to send the new statements to the prosecutor.

On February 4, 2021, two friends of the unfortunate Dimitris, who were with him, left him seriously injured at the health center of the area, without telling the doctors what had happened before.

His mother was told about a car accident with his motorcycle. They claimed that they found him injured on the provincial road Argalasti – Lefokastro. When the relatives searched the place for his camera, they did not find it. They located her late at night and everything showed “a set scene of a car accident”.

Witness: I did not see, I did not hear, I do not know…

The “Tunnel” located and spoke with another key witness, a friend of the victim, who is also the owner of a tavern. According to the company that was with him shortly before the fatal incident, she probably visited him leaving them.

He categorically denies any involvement, while stating that the victim had years to visit him in his tavern.

“It took me over three years to come. Whenever I went to the square I saw him, that day I did not see him. “He did not even go outside the store, I did not see him at all,” he said characteristically.

When the show’s reporter asked him about a fight with someone in the group, the witness wanted to avoid giving a clear answer, disorienting the conversation.

“He told me the news and hung up the phone…”

“If I find out who is responsible for the loss of my child, I will be right nun. I do not want anyone, neither a prosecutor, nor… “, are the words of the happy mother, who is looking to get some answers.

Mrs. Nicoleta talks about the people who “threw” her son to the Health Center and left him there.

“They were just customers in the store and especially one of them, Dimitris, felt sorry for him. We were closed then due to the lockdown. At that moment I was lying down and **** called me and informed me that they found him on the street and took him to the health center. When I asked him how he was, he said “let me go” and hung up the phone. I have not seen him since. He did not come to ask me about how Dimitris was. The child could be saved if they called an ambulance. They threw him and left. We found his jacket on the street intact. “Did a whole lad fall down and did his clothes not hurt anything?”, The tragic mother wondered.

“I live along with my brother’s killer…”

The brother of the unfortunate victim, Dimos Koutlagas, spoke to “Tunnel” from the scene.

“Let them tell us what happened, we do not want anything else. I live in Argalasti and I know that my brother’s killer is among us. “There is a God and he sees…”, he stated characteristically.

“I was in Germany for work, I came back with the new year to sit for a few days and I would leave again. On the day of the incident, I had just been quarantined due to the trip and my mother called me to tell me that Dimitris had been beaten. One of the people that Dimitris was with did not inform me about what had happened. We did not find the motorbike anywhere. Then he was located. ”