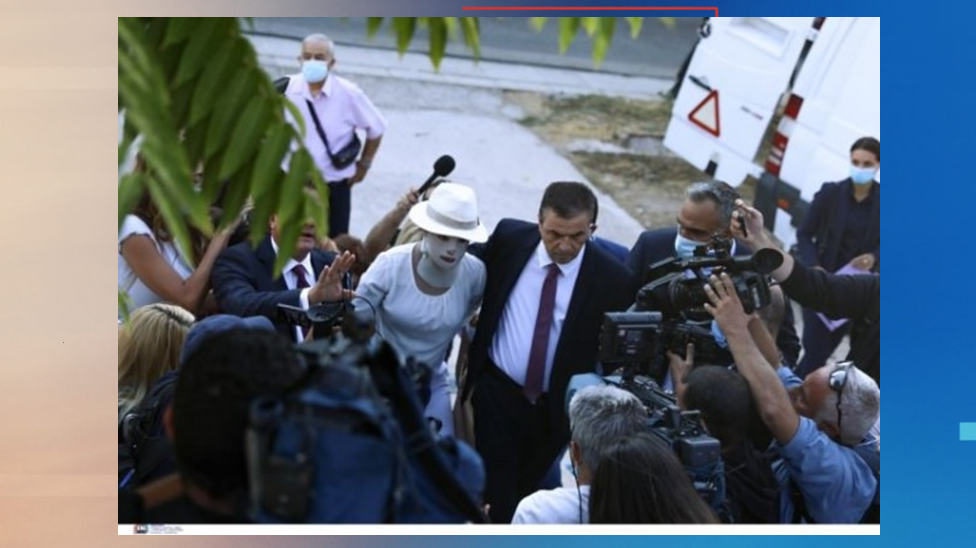 The memories of the savage and unprecedented attack with caustic liquid against 35-year-old Ioanna Paliospyrou came to life 16 months later in the courtroom of the mixed jury. The presence of 35-year-old Ioanna today was shocking. With remarkable mental strength she found the strength and courage to declare herself present in court. "I want to stand in front of her, look her in the eyes like the moment she threw the vitriol at me and I want her to explain to me what I did to her."
Share

At the same time, the 37-year-old perpetrator that has confessed her action, decided to “hide” and not to be confronted with the woman who attacked with vitriol. She exercised her legal right to be represented in court through her lawyer.

Speaking on behalf of the accused, lawyer Sakis Kechagioglou stated that she was absent. At that time, the President of the Court read her written statement from the Korydallos prison where she is being held, in which she stated: “I want to be represented by my lawyers. I declare to you that I will be present in the continuation of the process”.

The accused, unrepentant and in a cynical way, asked the court to convert the accusation from attempted murder into grievous bodily harm. The defense of the 37-year-old E.C. clarified, however, that it continues to confess her act.

At the same time, Ioanna, with obvious signs of the attack, wearing the special protective mask on her face after the 9 surgeries she has undergone and with a hat as sun exposure is prohibited, stood in front of the TV crews for the first time. She summed up in a few words what she feels about the woman who ruined her life within a few minutes. “Once again she who tried to kill me, proved how cold and how cowardly she is.”

The controversial case will continue on September 30.

Read details about the case HERE.