The countdown for the solution of the mystery in the case of the entrepreneur from Thessaloniki started ...
Share

Guilty secrets which someone were holding  buried …

In the live broadcast of Friday 2 June, special details were given about the mysterious disappearance of the 59-year-old breeder.

Witnesses have pointed out an illegal place where it is allegedly “cut off” the agricultural car which Graikos was driven and which has not been found so far.

TV viewers spotted an advertisement site with spare parts of a rural car, just like the one of  the missing person. The model, color, region and time period, “fit like a  glove” with the mysterious case. This serious element was given to the Police Authorities for further investigation.

Another witness who knows  things spoke to Angeliki Nikolouli and led her to a specific source where there are important elements that illuminate the darkness.

The road to locating the car in illegal pens opened when  Axios and Loudias rivers were examined . There were thorough investigations carried out by the volunteers of the OFKATH, at the initiative of  entrepreneur’s siblings and their lawyer Nikos Dialinas.

“Here in Loudias they wash away … sins …”

The snorkel-equipped boat “plowed” the river to find a trail of the car which with Graikos was  lost. 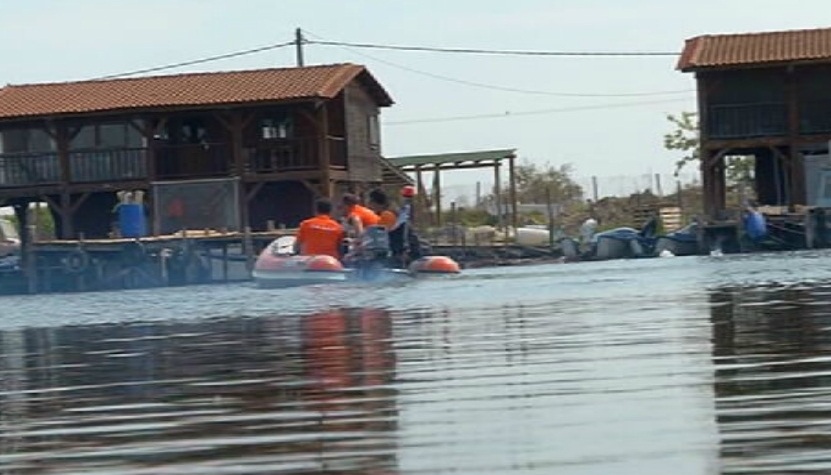 The diver Kostas Helmis explained to Tunnel ‘s reporter that the sonar with the special eye he uses in the rivers, he depicts the bottom with great precision. He said that during their preparation, the volunteers spoke to local residents who indicating specific points where a car could be sank. He stressed that Loudias differs from the Axios river, as it presents important peculiarities. Its flow is not intense, but it has “sly” accesses. Volunteers were asked to check a thirteen-mile area, six meters deep.
“When we made the mapping of the area, we were approached by residents and told us that the river is cleaning … sins …” said PChristos Ramos, President of the team.
As he has often explained in the  bottom but also on shores, stolen or old cars end up. Then there are prominent merchants who collect them to sell them as scrap. 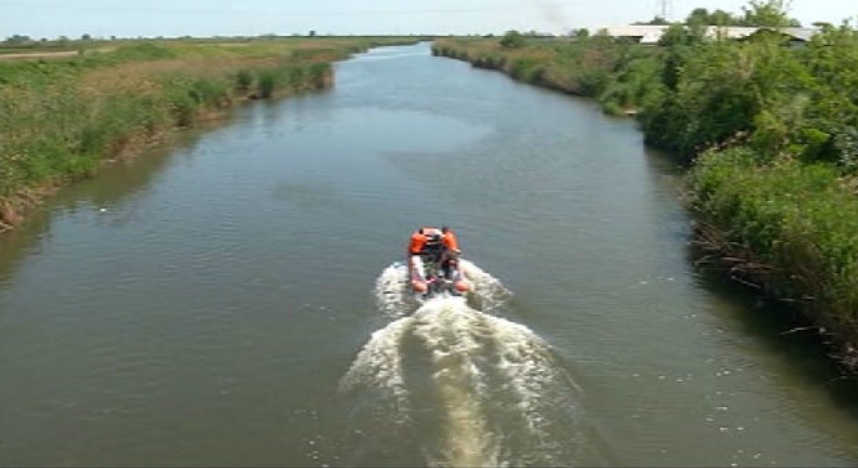 The car was not  found in Loudias river
The members of the researchers were divided into groups to look in the river but also on the banks. In many places, traces of car wheels were traced to the water and were checked by the specially equipped inflatable boat. Sonar operator Yiannikis Thanasis explained to Tunnel that the machine swept the river to the right and left for up to forty meters. 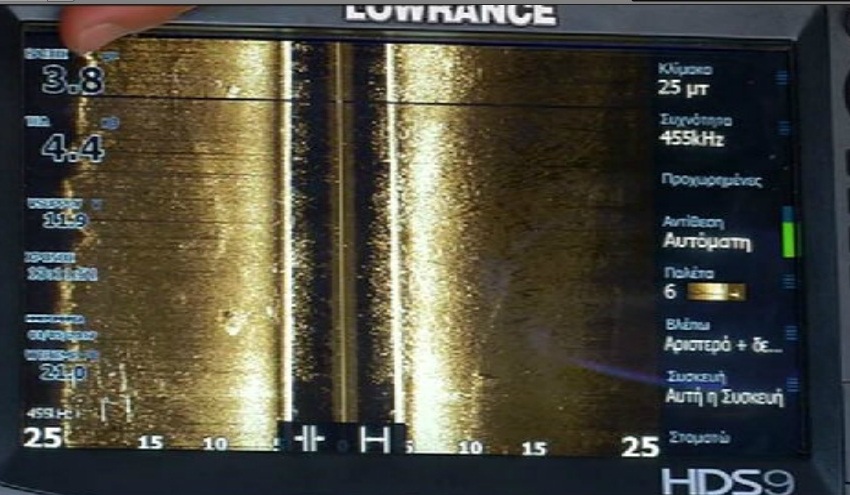 When the sonar spotted something, it depicted it as a negative photograph, black and white and three-dimensional, accurately recording its height and width.
During the survey rocks, metal items , boats were recorded but not the car with which the businessman was lost.
“Our research ruled out the possibility that the car of Dimitris Griakos would be in one of the two rivers,” said to “Tunnel” the manager of the operation  Kostas Helmis.
The results of the sonar recording at the bottom of Loudias were also attended by the legal counselor of the missing brother’s brother, Nikos Dialinas. 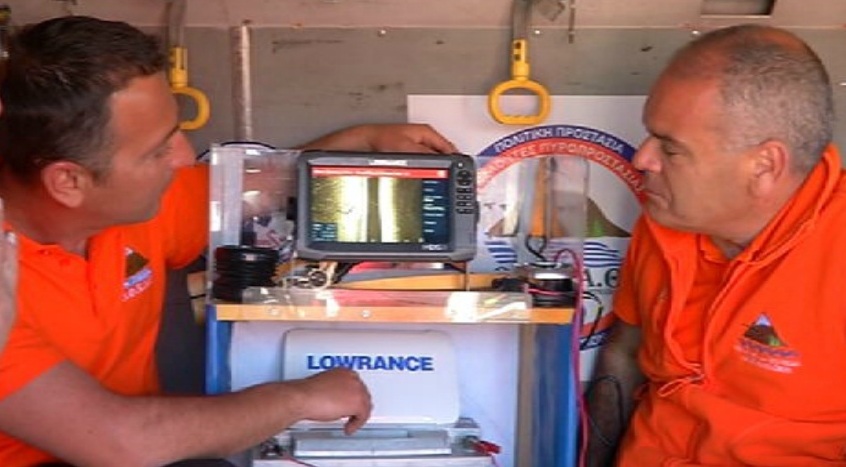 “We are proceeding on the basis of a specific plan. I will not yet reveal what it  is, but Axios and Loudias must have been excluded. It is time to move on to the second phase of our opeartion. We have no competition with the police, but it is our inalienable right to search by our own means, “emphasized on the broadcasting camera Mr. Dialinas.
He said he would check people involved in the car parts market, but also those who accept vehicles to break them up and sell their parts in specific areas.
“We will keep looking. Since Graikos is not in any of the rivers in the area, he is either buried or burned…” he emphasized.

Did the missing person’s car was ‘cut off’?

The legal counselor of the missing businessman’s siblings  spoke to Tunnel ‘s camera outside Thessaloniki’s Police.

He stated that he had approached high levels of the Prosecutor’s Office to ask the question, how can the Missing Persons  Department conduct a preliminary investigation, since the offense of … disappearing does not exist! He said that the prosecution’s brother’s lawsuit has already been dispatched by the Prosecutor’s Office about his assassination, and the legal route has to be followed. Immediately forward the entire case file to the Police Crime Department which is responsible for such investigation.
” It’s been seven months. Graikos was lost on November 3, 2016. We had no information from the Police and his siblings  are entitled to information because they  filed a lawsuit for murder. Procedural they are  present, “he stressed and continued:
“What strikes me is this: Here it seems that apart from the police, the family has been divided into two groups. One group is the siblings of Graikos and the other is his widow’s wife and his children. The members of the second group are silent, they do not come in contact with anyone, despite the fact that there are no differences between them. ”
Mr Dialynas also referred to a special group of former police officers involved in the investigations of the siblings of  Dimitris Griaikos. 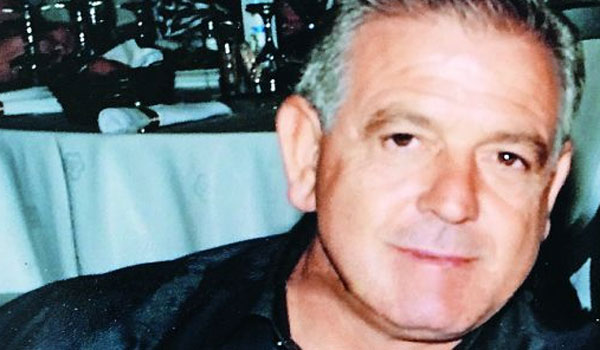 The member of this group, retired police officer Nikos Ziakas, said to  the show’s camera:
“We are a group of retired police officers and we have joined the group of researchers for a missing fellow man, as we have done so many years in the past.”
He said the research is targeting illegal mortars that have the ability to “cut a car” and sell it for spare parts in just a few hours.
“The missing person’s car was old and would hardly be sold for spare parts or scrap in our country. But the  pieces could be distributed to countries in the Third World, “he said.
He explained that the important element that facilitates research is the serial number that can indicate the path the spare parts followed.

The brother: Did they buried him ?
“Every day we expect to find out something. Is he killed? Where are we going to  light a candle in his memory ? “.
With these words, the brother of the missing businessman Nikos Graikos described to Tunnel camera the anguish that his siblings  have been experiencing every day since he disappeared  from the face of the earth.
“We filed a lawsuit because we need to know the truth. Where is his car? Did they  buried  it with him? What the police doing? Should I expect Nikolouli  to find him after ten years, as she found the  mother’s child  in unclaimed? Then I will not be alive “he said  to ” Tunnel ” angry and excited.

“Tthere in the slaughterhouse, someone saw  something, someone knows … That’s why I appeal, if anyone knows to come forward  to find out  what happened to our man … He is  a human being  , for God’s sake not an animal , where are we going? “he emphasized.
See more details about the case here.