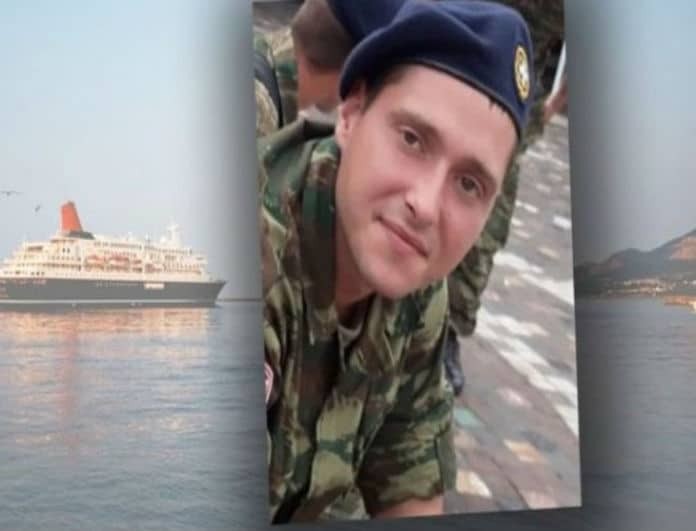 "There are two people who are considered suspicious. Their potential involvement in the disappearance of the soldier is investigating , " lawyer, Athanasios Tartis, told" Tunnel ".
Share

As the legal representative of the family of the 23-year-old Takis Kolliadelis said, these people are known to the missing person.

“All I can tell you right now is that immediately after the soldier’s disappearance their tracks were  lost and deactivated their phones. I think that within days we will have developments around the case, “Mr Tartis said.

The 23-year-old soldier had been confessed to  his family and friendly environment that he feared that someone wanted to hurt him.

Takis Kollielisis, 23, was lost in the morning of the 28th of June by the ship “Nisos Rodos”, which was operating the route Chios – Piraeus. His friend with whom he was traveling together saw him for the last time at two in the morning. The missing one a quarter later sent a text message to his girlfriend and then his mobile phone was deactivated. A security camera of the ship recorded him moving in the deck area at five in the morning, one hour before the ship arrived at the port of Piraeus. Since then his traces have been lost.