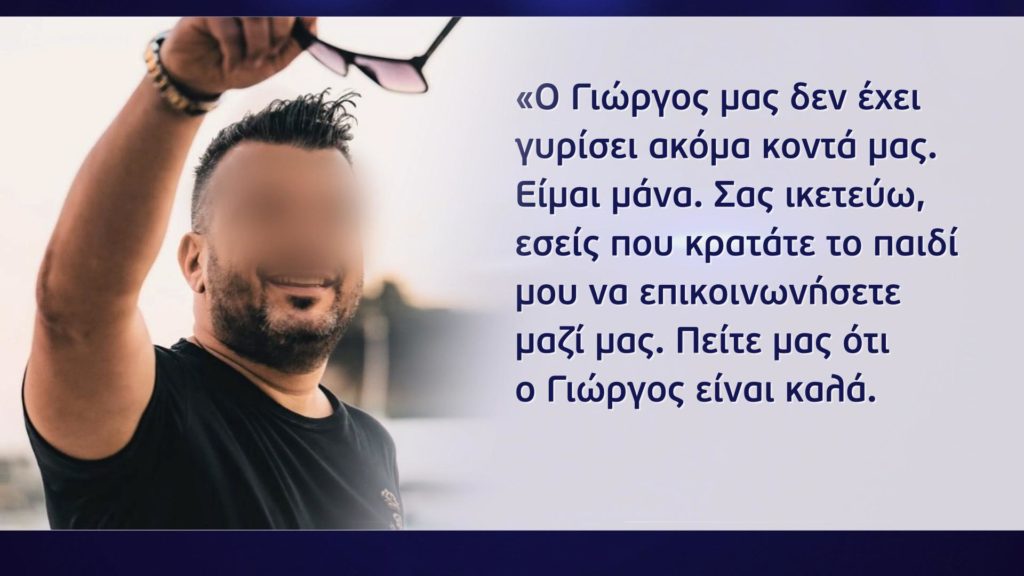 The anxiety in the family of the 40-year-old car spare parts businessman in Menidi and father of two small children, has hit red.
Share

It has been almost two months since he fell into the hands of his captors and there is no sign of his fate.

The mother of the victim leaves a cry of despair. She appeals to humanity to his captors, to communicate with the family.

“Our George has not yet returned to us. I’m a mother. I beg you, you who are holding my child, to contact us. Tell us that George is fine. I’m begging you. We are doing everything we can to find a solution quickly and I think you will agree. I appeal to your humanity. We thank the whole world for the support and the discreet attitude that it has shown so far”.

The kidnappers, after communicating at least four times with the victim’s family, through the application of encrypted messages, reduced the ransom in half. The amount they are asking for has now fallen, from the two, to one million euros.

The timing of the abduction…

It all happened in the early hours of December 29, when the businessman was returning from a night out to eat at his home in Drafi. The perpetrators had set up a grenade launcher and attacked him.

Later, outside the settlement of Finikas in Spata, the two vehicles that were allegedly used were found burned. One was stolen and the other belonged to the victim. The police were led to the assessment that two groups acted during the abduction. The one who watched him and informed him when he left the restaurant and the business team consisting of at least five people who proceeded to kidnap him.