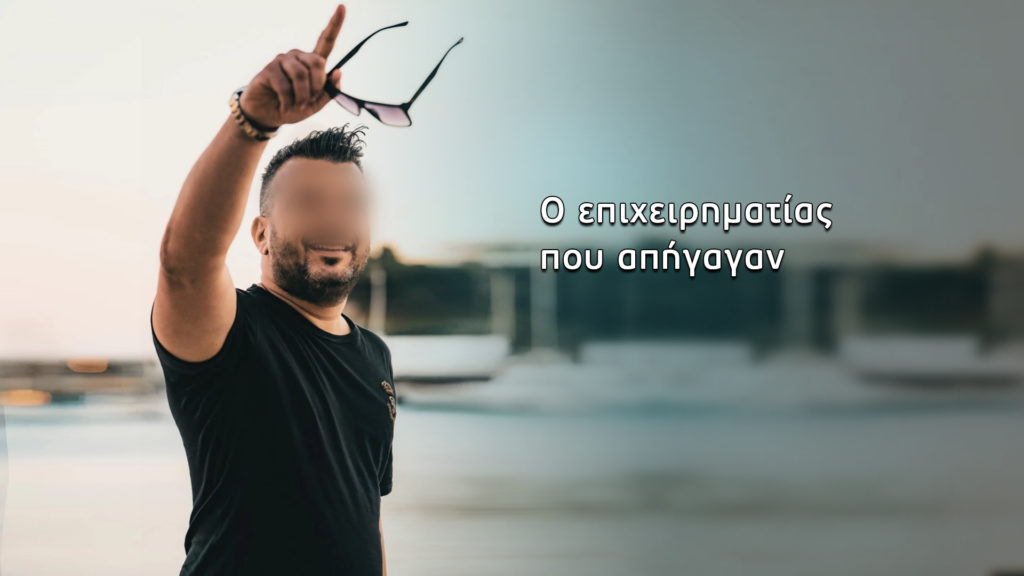 "Tunnel" in the first show of the year, paid special attention to the much-praised case of the abduction of the 40-year-old businessman in Menidi.
Share

In the early hours of December 29, he was returning from a night out at his home in Drafi. The perpetrators had set up a trap and attacked him. It seems that they had been watching him for a long time and at night they moved with quick moves, as it took only 60 seconds to “hit” their target.

The shocking thing was heard by a friend of the victim, who was on the other end of the phone line. At that moment she happened to be talking to him from abroad where she was. When she realized that something bad had happened to him, she informed the “Tunnel” and the authorities.

The 40-year-old father of two was trying to save as much time as he could, knowing that his cell phone was still on. Finally a minute later, the kidnappers found the device and all communication was lost. One of the perpetrators, who seems to have had the upper hand, as the witness told the police, spoke pure Greek and kept repeating “shut up”.

Shortly afterwards, outside the settlement “Finikas” in Spata, two burned cars were found. It was clarified on the live show that one belonged to the victim and they burned it to eliminate any of their genetic material. The other allegedly belonged to the perpetrators. This vehicle had been stolen in 2020, shortly before the strange disappearance of another car dealer, who had been involved in the “Tunnel”. Elias Bani, 50, from Zografou, whose family believe he was abducted on Wednesday, October 28, 2020. They had set up a trap in the underground garage of his neighborhood and disappeared, without asking for ransom. (Details here.)

What does the partner of the missing Bani say now…

On the occasion of the kidnapping of the businessman from Menidi, the “Tunnel” spoke with the partner of Elias Bani.

She believes that they must have met the 40-year-old kidnapped businessman in a snack shop and that her partner greeted him. But she can not know if there really was cooperation between them.

In the case of the car parts dealer in Menidi, the authorities estimate that two groups acted during the abduction. The one who was watching him and informed when he left the restaurant where he was eating and the action team consisting of at least five people who proceeded to kidnap him.

Watch the chronicle of the case in the video below.