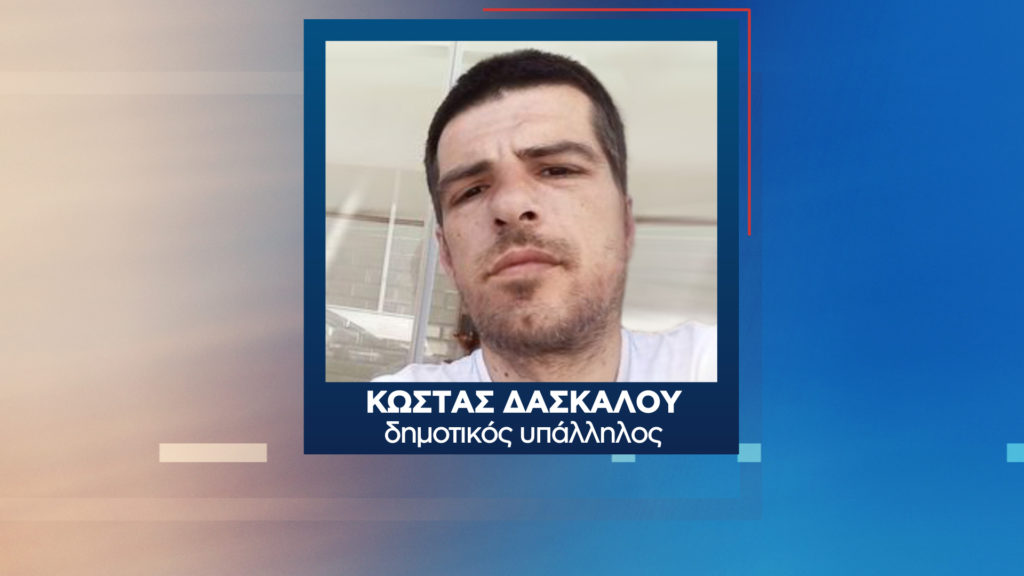 His family wants to know the circumstances under which the unfortunate civil servant was found dead.
Share

Costas Daskalou, 40, who “Tunnel” was looking for, was found in a well in an old camp in Perigiali, Kavala on Sunday, December 20th.

The recognition was made by his father himself.

His parents want to know the truth about what really happened to their child and how he got there.

In connection with the show via Skype, the lawyer of the victim’s family, Anthoula Anasoglou, said that she would request an autopsy at the place where Daskalou was found dead.

She even raised some questions that the family has about his cell phone, as they believe that someone took it from the victim, which is why it has not been found until today.

Ms. Anasoglou will request the lifting of telephone secrecy and the scanning of mobile telephony antennas to provide the answers they request.

Witness – “key” stated that on the day of the disappearance, he heard Daskalou talking on the phone and saying “will you kill me for 600 euros ??”. This witness will testify before the authorities.