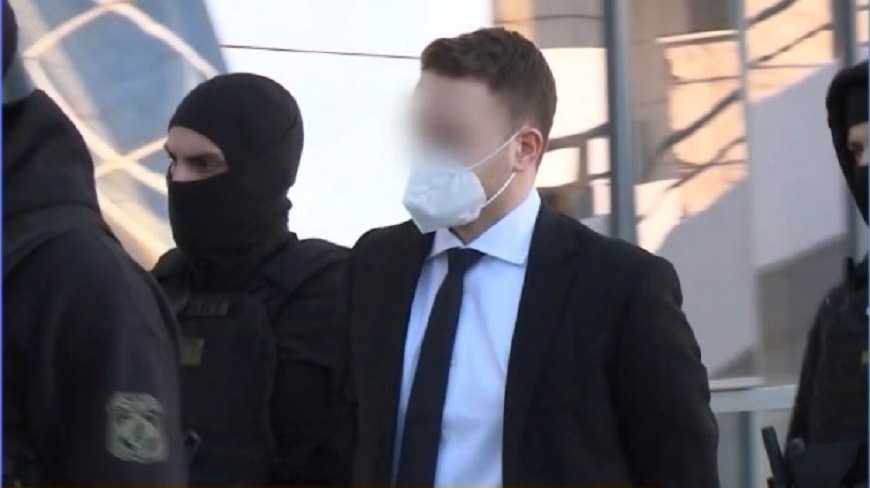 Babi Anagnostopoulos' apology before the Mixed Jury Court for the murder of his wife Caroline Krauts, exactly one year ago in May 2021, inside their house in Glika Nera, has been in progress since half past ten in the morning.
Share

The accused, starting his apology, said that he would make a “soul testimony” and stressed: “Let me tell you that, as I said in the interrogation for what we are examining today, there are no excuses, neither for myself nor for anyone. What was lost was irreplaceable. It was not worth it either to her or to our dog. There’s not enough apology to anyone, neither to Caroline who is not here to enjoy her life, nor to our daughter who will not be happy to her mother, nor to my mother-in-law, Roxy, how many times can I apologize for a dog that he grew up in my arms ” said the pilot and continued: “I will tell you exactly what happened in every detail and honestly. It will not be an excuse, I am not trying to rationalize anything from that day. “I’m not interested in my career or being cursed by a large number of people who have not met me, only that I will never see her again.”

The 33-year-old apologizes for four offenses, namely two crimes and two misdemeanors. The crimes are those of intentional homicide committed in a calm mental state and animal abuse. The misdemeanors are, false accusation because he made other suspects of his actions and false testimony continuously.

This will be followed by the speeches of both the attorneys for the support of the prosecution and the defense attorneys, and finally the verdict of the Greek Justice for the criminal treatment of Babis Anagnostopoulos.