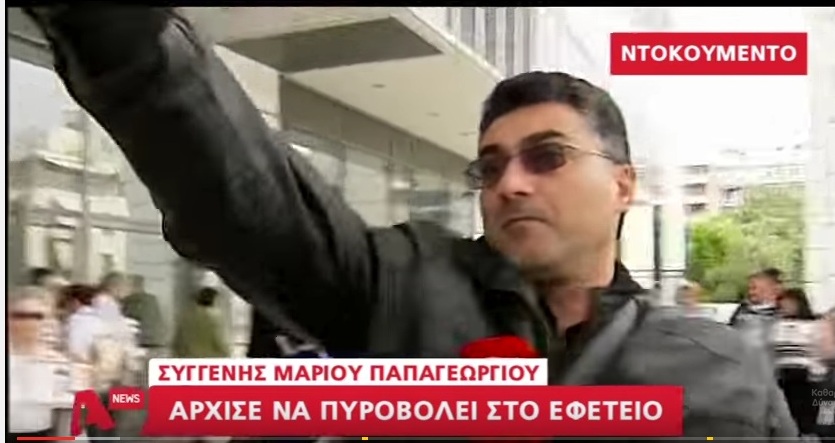 Two years and two months' imprisonment with a three-year suspension and payment of € 1,500 was condemned to Marios Papageorgiou's uncle for offenses of illicit weapons, unnecessary shooting, illegal weapons and oblivion.
Share

The 44-year-old man, who fired outside the Appeals Court on the morning of May 12 at the time of filming in front of the cameras, was released after the ruling of the court that found him guilty of unnecessary shots.

In his apology the accused claimed that by his act he wanted to state his anger about the fact that five years after the killing of his niece his body was not found.

He argued that he had not put the pouch in the courtroom with the gun he said he had bought from an unknown Albanian in Crete.

He also claimed he did not resist the police officer who tried to arrest him.

“I wanted to show my anger. We are looking for five years to find the corpse of Marios. I am not angry  with the judges, they did their job, but my cousin does not know where to light a candle for her son, ” he said.

See more about what unfolded outside the building of the Court of Appeal here.