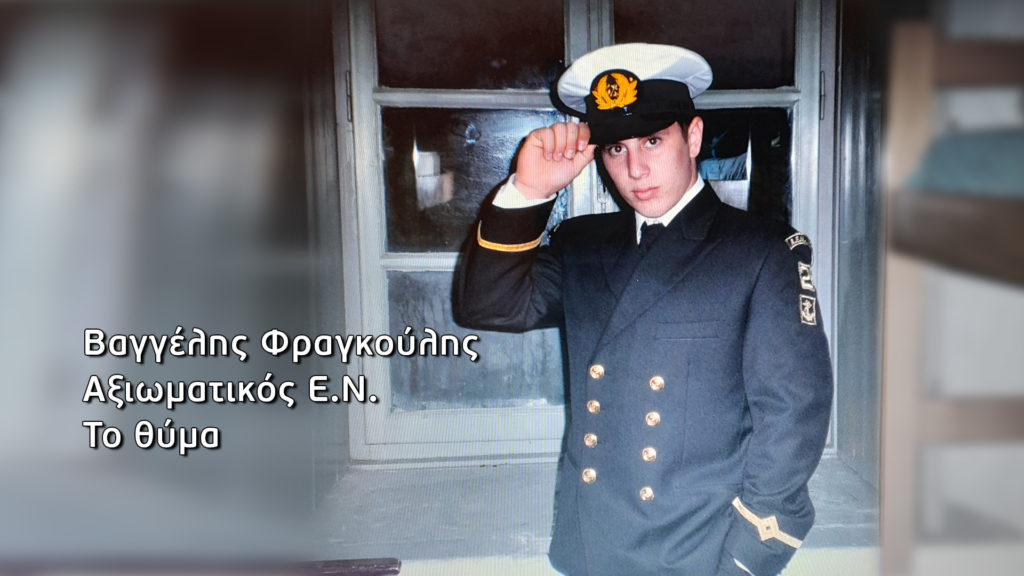 Shocking developments in the thriller of the Greek captain in Cyprus, revealed by "Tunnel".
Share

The new findings subvert the data of the Authorities so far for the strange death of Vangelis Frangoulis, 29 years old from Poros.

The documents brought to light by the show “speak” after the intervention of a prosecutor. The fight that preceded, the DNA in the deadly weapon and other evidence that will be presented in the Death Court, reinforce the version of the murder.

“Foreign genetic material was found in the knife…”

What was revealed by the medical examiner – technical advisor of the family, Loizos Nikolaidis, shocked.

“From the evidence before us, we are not talking about suicide, but murder. We have two identical injuries, one in the lung and the other in the breast area. No fingerprints were found on the knife, but mixed genetic material. This practically means that it may belong to another or other persons. Further tests should be performed. The victim has pre-mortem injuries on the face. Possibly preceded by a fight and received blows. I can not go into details yet. We will submit all this to the court,” said Mr. Nikolaidis.

Following the first screening of the case by the “Tunnel” and the uproar caused in Cyprus, the proceedings were expedited and the Death Court met on November 15.

The judge was surprised to find that the authorities had not given the file to the family. He reprimanded those responsible for the huge and unjustified delay and ordered that all the details be given immediately to the ombudsman.

The forensic report was incomplete, but the photographs that accompanied it were evaluated by experts and gave answers even now.

“Genetic material had to be collected from the victim’s nails and examined to find out who it belonged to. Something that did not happen. From the photos, the first thing that made a big impression on me was that the victim’s hands were uncovered and unprotected. Any elements have been altered. ”

The unfortunate Vangelis had drunk enough at a party that was a few hours before he was found dead and at a bar that continued to celebrate his diving diploma. The medical examiner considers it impossible for a person to heal such injuries, with the high levels of alcohol found in his blood.

“Now the case must be investigated as a murder and further examinations and interviews of various people must take place. There are other testimonies, which came to our notice after the show aired and will be re-examined. I think that the police and the court should ask for another autopsy in the area”, he concluded.

“There was no quarrel the night we were together…”

The “Tunnel” looked for people who were with him before he was found dead.

His friend and trainer spoke on the show after the developments around the new findings. He was with Vangelis that night, until the early morning hours.

“During the night at the party at my house there was no quarrel. People were having fun and having a good time, there was no incident. Then we went to the bar together, but there was no tension either. I do not know what happened next and he was found beaten,” he said.

In a live connection with the show from Cyprus, the victim’s mother wanted to thank the show for its valuable contribution to the case. She stressed once again that she has confidence in the judicial authorities of the island and that in the end the memory of her child will be vindicated.