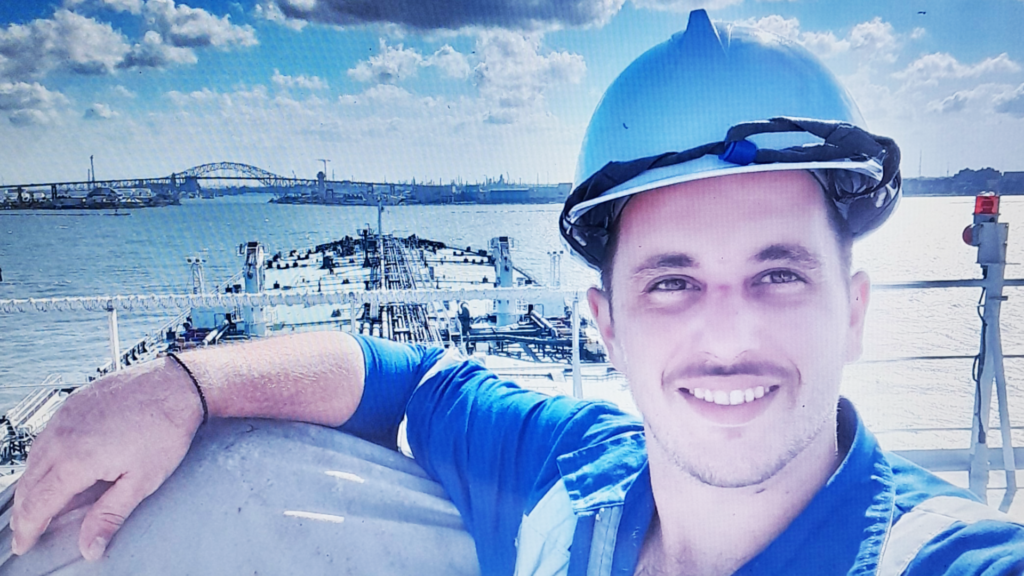 The "Tunnel" after the dimensions that took the thriller of the Greek captain in Cyprus from its screening on the show, returned with new data and revealing testimonies.
Share

A computer technician, appointed by the mother of 29-year-old Vangelis Frangoulis as an expert, found important information. Giorgos Patsalidis, in a live connection with the show, stated that in a search he made on the social media of the victim, he found files that had been deleted after his death. Among them are audio messages and videos. He claimed that he had recorded the IPs, ie the email addresses from which the deletions were made.

“He was connected to Gmail after his assassination, from an area not related to Limassol, and there was an exchange of threatening messages the day before he was found dead,” he said, thus reinforcing the suspicions of the captain’s mother, who speaks of homicide.

According to her, the expert’s conclusion was not accepted by the Police, as the case file with the strange death of her son, had passed into minor violations. She will present this report together with the findings of the other experts in the death court, which after the issue was shown on the show, was set for November 15.

What does the police representative answer in “Tunnel”…

At the same time, the Cypriot Police is trying to lower the tones after the stir that was caused, insisting on the version of the suicide of the Greek captain. Its spokesman, Christos Andreou, told “Tunnel”:

“The Police informed the medical examiner, who requested and was informed regarding the scene and the data that existed and were located by the Police. He did not consider his presence at the site necessary and an autopsy would follow.

As for the security cameras, the investigators who had gone to the spot did not proceed with their examination because they now had the impression that it was not a crime,” he stressed.

Responding to the reporter’s question about the note found next to the body of the unfortunate young man, which was not autonomous, but a page in a block with other notes, the police spokesman said:

“Of course the block with the note is a presumption. I have not seen it as it is, but I have been informed by the investigators. ”

In a telephone communication with the show, the special forensic graphologist Maria-Magda Kampouri, stated that the note found in the block is not a suicidal message.

“The police did not ask me for the only document…”

The testimony in the show of a store owner right next to the warehouse where the unfortunate lieutenant was found stabbed in the heart is also important. She talked about the “key” – element that probably was hiding the solution of the puzzle.

“The external security camera records the entire passage. The police asked me for the material after seven months! I handed it to them and later learned from Vangelis’s mother that it had been erased. He was a happy and smiling child, he did not cause any problems. We were all shocked when we were informed of what happened,” the witness said characteristically.

“We were having fun and he was the a happy person…”

The “Tunnel” presented a video-documen with the lieutenant a few hours before he was found dead in the warehouse he was renting in Limassol. Vangelis’ diving instructor who spoke on the show, talks about a happy child who was “the soul of the company”. He describes him as a simple and cheerful person, who helped anyone in need, without seeking anything in return.

“He had come to my house to celebrate with his friends the diploma they got for the diving lessons they attended. There were over 100 people and he stood out from his records and humor. We stayed until late and then we went out with Vangelis and another friend for a drink until 04:15 in the morning. His behavior was not different that night. I was informed of his death a day later and I was shocked,” his trainer told Tunnel.

He himself speaks of omissions of the Authorities and of actions that were not taken.

Vangelis Frangoulis, 29, from Poros, traveled by tanker and container. When he returned, he went to Cyprus to see his mother and brother.

On Saturday, October 3, 2020, his brother found him dead in the position of the driver of the antique sports car, which he was restoring. He was stabbed three times, with a fatal heart stabbing. His right hand was leaning against the car window, as if he were going for a ride.