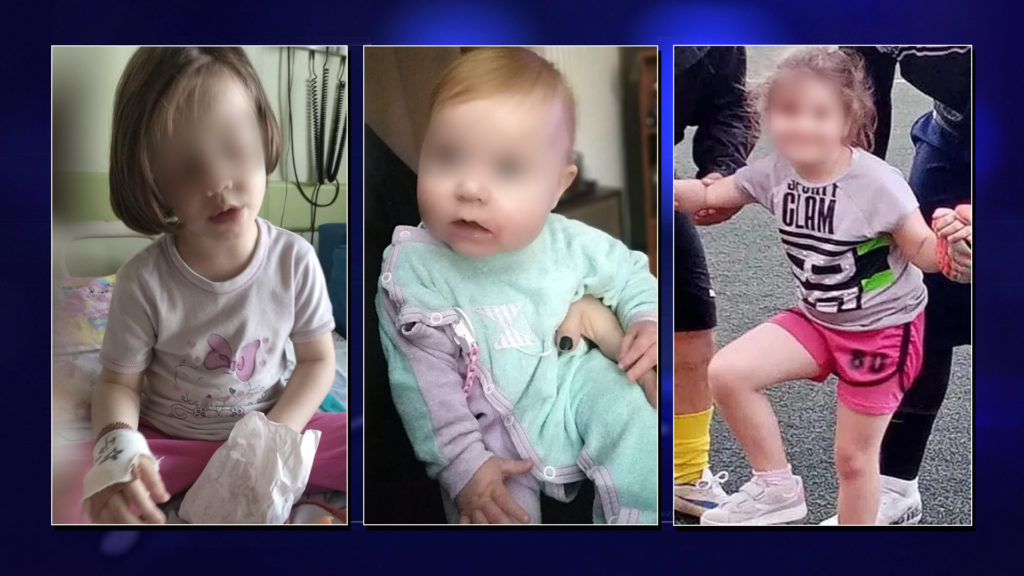 The "Tunnel" presented on the night of Friday, March 11, new information about the thriller of the three children in Patras, which has shocked the public opinion.
Share

The photos, videos and new testimonies presented on the show are revealing.

Shocking is the image conveyed in the “Tunnel” by a witness who was present, when the EKAB staff who arrived at the family home, was trying to bring the little Iris back to life.

The scene with Georgina, who was watching what was happening icy, says a lot…

The mother of the three “angels” from Patras, in an in-depth conversation with Angeliki Nikolouli, spoke about the inaccuracies that have been heard lately, the abrasions but also about the eczema in children.

The revelation about the real relationship she has with her husband caused a sensation.

“We held hands at the memorial but that says nothing…”

“I have the impression that in my mind we are together. I see that. When Manos had left after the baby, he asked me to come back. I also said “no I do not want you to come back” and I have the messages I sent him and I say “I do not want to be together”. As for the divorce, Manos had gone to his lawyer and I applied to mine. I told him that out of consensus, I am going to dispute it “.

According to her, the reason they reached a dead end is her husband, who wanted to leave and how he had already done so before the death of little Iris.

“He returned for a day or two and decided to leave again. On the 23rd the baby ceremony took place, he came for four days and left. “He came back when we were told by the intensive care unit that Georgina is very serious.”

“What illness or problem of the children could you use as a means to bring him back?”, The presenter wonders with Roula answering in the negative.

“They support each other. The hand – hand you saw us at the memorial, has nothing to do with whether we were a couple or not. All I am interested in at the moment is to have time to mourn and secondly to restore everything that is to my detriment to the children. “I’m not interested in anything else.”

What she says about nose abrasions and mouth irritation…

The mother, referring to what has been published recently against her, wanted to give an answer.

“I do not want to be exposed and I do not want inaccuracies to be heard and something that will mislead the public. As for the cuts, because different versions have been heard, the two abrasions are just below the eyes, in the bones of Malena’s nose. At that point he can not close his nose and cause the suffocating death they say. The medical examiner told me that this could have been done by a fingernail, we could have done it to her ourselves during the bath. But years have passed and I do not remember what caused it. I have a video and a photo with Iris the same night and the night before that shows that she has an eczema from the saliva and the pacifier. “The pediatrician had given us a cream for that,” he said characteristically. 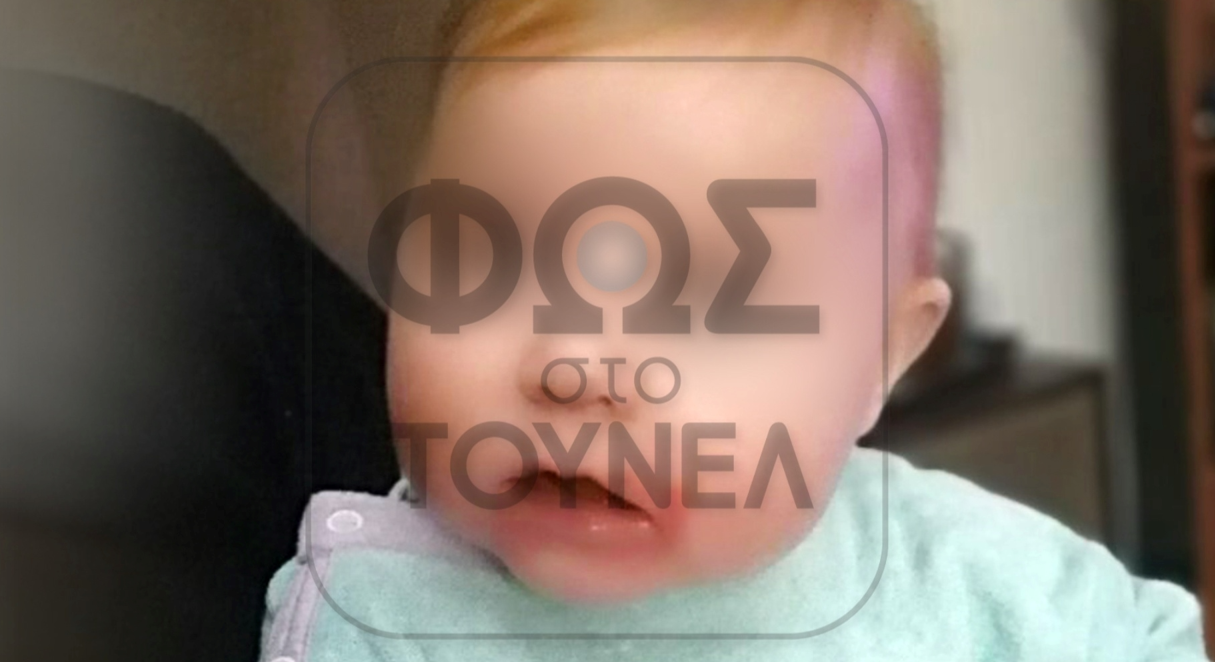 Georgina and her prophetic painting…

Asked by the journalist if there were any paintings of the 9-year-old girl, the mother referred to a creepy prophecy.

“I had a painting that someone took from my house. Georgina had painted three little angels and wrote below “my mom makes a big aaa and falls down”. This happened after the death of the baby as well. That was when I made an appointment at the Child Mental Health Center, because he was in a lot of pain and did not express himself. But he did not have time to go. ”

“The older girl was watching her little brother in shock…”

The “Tunnel” located and spoke with a witness – “key” who was present during the transport of the baby to the Karamandanio Pediatric Hospital.

“He was a baby who had no vital signs, no breathing and no movement and we were trying to resuscitate him. Babies do not immediately notice that they are not breathing and this is what I assumed the first time I saw it. Another time I went to a child who unfortunately found his mother dead while he was sleeping. The mother sometimes does not understand if the child is asleep or breathing. And they usually realize it when it’s too late. We did not see anything in the baby that impressed us with the first image. We were focused on resuscitation and did not consider anything else. “If he had an injury or something else, I believe we would see it,” the witness said characteristically.

Responding to a reporter’s question about whether Georgina was present at the incident, he said:

“I remember a little girl who was speechless. She was watching what was happening without speaking, she was terrified, she was lost. Everything was happening in front of her. She looked shocked. Then we learned that this child had the same ending… ”

Georgina’s football coach spoke to “Tunnel” about the 9-year-old, talking about a very smart and full of joy child.

“She had a very high IQ. She took everything I taught her very easily. He was a happy and cheerful child, in the crazy joy. She seemed to love her dad very much. They were always together. We were teammates with Manos. When he left the team, Georgina did not come again. I was very sad when he died. It cost me a lot because she loved me and I loved her too. “My parents asked for the shirt with her name on it and I sent it to their house, because I could not bear to go to the funeral,” he said at an emotional state.

“In the mind of a perpetrator…”

The strong social media connection of the mother of the three girls who died of unknown causes, still catches everyone’s eye. Many users find that they have exchanged views and advice in the past with the person who is now in the spotlight.

“I am a nurse and I can tell you some things. He will speak meaningfully at first he will cough and wipe his throat and you should pay attention to hygiene in this area of ​​his body. It will generally be a difficult situation for him and his family. “I wish you courage, strength, health and a speedy recovery,” the mother wrote in 2015, advising a woman about her bedridden father after surgery.

For her knowledge about nursing, but also for the online advice she gave, she answers today to Angeliki Nikolouli.

“I have nothing to do with nursing. “I just finished a technical high school as a nursing assistant.”

The mother of the three girls talks to the journalist about her interest in criminology and the seminars she attended.

“I was registered in Panteion to study criminology. “It had a section:” In the mind of an perpetrator “, but I did not manage to work on it because all this happened to Georgina…”, he stated characteristically.

The mother in her posts shared with acquaintances and strangers the joys and sorrows she experienced, as if seeking to attract the attention of others. When the unbaptized Iris, who was only a few months old, passed away, she republished two shocking posts by her gynecologist. One for every child he had lost until then.

Despite the fact that her family has already been hit twice by death and her third girl was recovering from a brain injury caused by a heart attack, she went to a concert of a famous folk singer. In that photo from the stadium of Panachaiki, together with her husband, they wrote:

Scientists studying the latest death of 9-year-old Georgina, are convinced that in the coming days, there will be a first clear picture.

A quantity of drugs was found in the child’s body. It is checked if any of these drugs were administered in overdose, resulting in toxicity to the body and resulting in death. That would mean interference from another person.

Particular weight is given to the signs of suffocating death. Experienced medical examiners, toxicologists and pathologists refer to the vital organs of the child suffering from drugs, in order to detect traces of suffocation. According to the scientists, the examination of Georgina’s brain does not help to draw useful conclusions, as it shows extensive lesions from quadriplegia caused by the lack of oxygen from the opposition.

The picture is different for her two sisters. Both Malena and Iris seem to have identified forensic lesions that can be attributed to a lack of oxygen.

At the police level, the investigation into the case is progressing slowly and torturously. The men of the Life Crimes Prosecution Department of the Attica Security, who have undertaken the case as part of the preliminary examination, are waiting for the scientific data to proceed methodically to the next step. Their hands are tied at this stage…

Police officers monitor and record the interviews of the persons involved and try to identify gaps and contradictions in their allegations. They talk to some doctors but in this first phase of the research, unofficially.