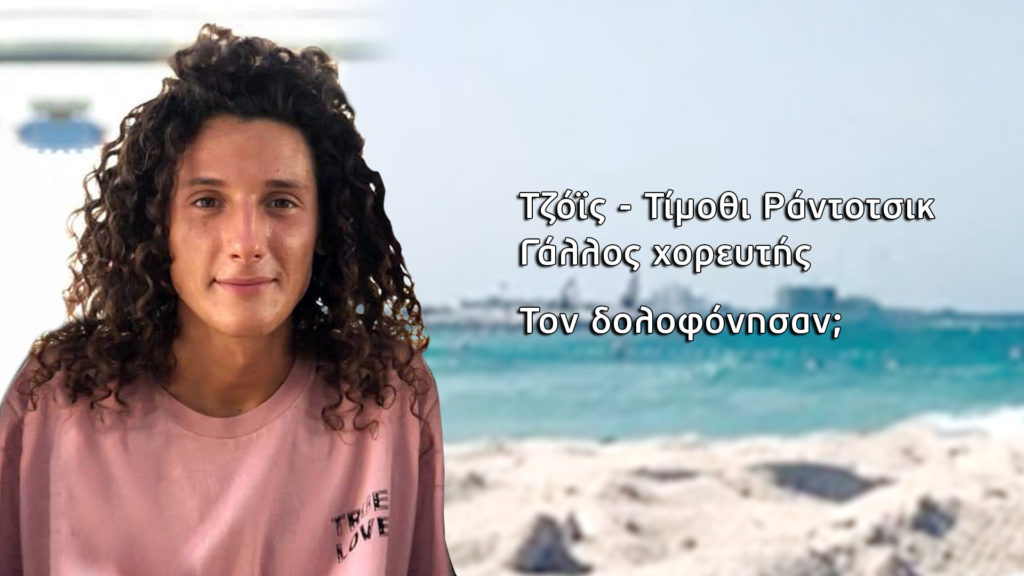 The thriller of the French dancer that shocked the nation, has no end.
Share

The “Tunnel” located and talked to the girlfriend of Joyce – Timothy Radocic, 27, whom she met in Greece and immediately bonded with her. The young man who lived through travel, yoga and meditation, wanted to stay in our country and change the course of his life.

His girlfriend referred to an incident that frightened her and she reported to the Authorities, but also to the nightmares that have no end. She decided to “break” her silence after the revelations of the show about his martyrdom in the water tank of the ruined Mavromichalis villa in Piraeus. Where he remained trapped for a week without food and water.

She also referred to the statement she had made to the Authorities, for Joyce to declare her house as his permanent residence.

“I did not know that all this would happen. I wanted to help him find his edge in life, because I cared about him as much as he cared about me. He was excited with me and wanted to stay in Greece. The child had dreams, danced constantly and traveled. He had a future both as a talent and as a person. It was the joy itself. These messages that he wrote in the water tank before he died and you showed them on the show, they also showed them to me at GADA where I had gone. I had seen some strange movements near the hotel and reported them all to Security. I wonder why the end of the thread has not been found yet. I am so shocked that I see in my dream that I am also in the well…”, his girlfriend concluded at an emotional state, expressing the very belief that someone threw Joyce into the water tank.

A witness who had spoken on the show about a suspicious person, testified to the investigating authorities. What she said is confirmed by the macabre element, which Joyce himself carved with a stone on the walls of the water tank before he died. It was the name of the man who saw him trapped.