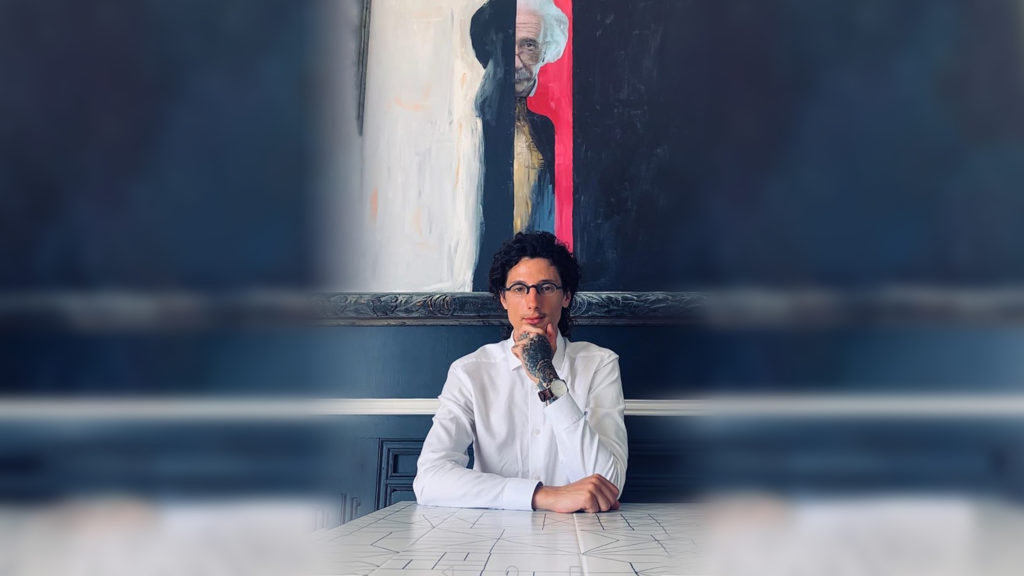 The revelations in the "Tunnel" on the night of Friday, January 28 were shocking for the French dancer, who some people seem to have condemned to a slow, martyrdom.
Share

New testimony – “fire” arrived on the show causing horror. It shows who and when threw into the water tank of the ruined Mavromichalis villa in Piraeus, Joyce – Timothy Radocic, 27 years old.

What he said in the “Tunnel” and testified to the investigating authorities, is confirmed by a macabre fact. Joyce himself carved it with a stone on the walls of the water tank before he died. It is like the victim himself “giving” the solution to the riddle…

Mention the name of the man who was with him on the afternoon of Friday, August 21, 2020, who went missing. It was the day he left the hostel where he was staying, just a few meters away from the ruined villa. The same person is mentioned by the witness, who spoke to “Tunnel” from abroad where he is.

The skeleton of the unfortunate Joyce was found by children playing in the area, nine months later. According to the information he had carved on the walls of the well and brought to light the “Tunnel”, for a whole week he was helpless without food and water at its bottom.

“I was told what happened in the ruined mansion…”

The witness told the “Tunnel”:

“I was in Greece almost a year ago, at the end of August. I was staying at an inn and there I met a Frenchman and two other girls from France. He told me that the two girls had gone to the police for a man who had disappeared. Then I left Athens. I kept in touch with this guy. He came to the country I was in and told me if he could tell me anything. I answered in the affirmative and he asked me if I remembered the story with the Frenchman who told me when we were in Athens. “Before Joyce was found dead, he told me that the police were looking for him everywhere and that he thought he had been killed and that he knew who did it.”

“According to him, he was on the beach in front of the inn where he and Joyce lived. He was alone there and heard screams from an abandoned building. Then another Frenchman, who also lived in the same inn, was passing by the beach holding something in his hand. A piece of wood or an umbrella and he was trying to play it calm, that at least he told me. Then he threw away what he was holding and left. “I wanted to go to the police to say all this, but my friend, who is Greek, told me to speak first on your show,” he concluded.

France: What the dancer’s mother says…

The mother of the undefeated 27-year-old dancer, from France where she lives with her family, is fighting her own battle not to close the case if they do not receive the answers they ask for.

“We know that the witness contacted the show and then you directed her and urged her to talk to the lawyer. Our lawyer then informed us of this new testimony. We are happy with the development because we know from the beginning what Joyce had written on the walls of the well. We believe that so far we have not been taken seriously. But now some pieces are coming together to continue the investigation of the case. We rely on new data to give light. “We will not stop until we find out the truth,” said Vera Lyman, among others.

She also appealed to other possible witnesses to contact the police, the family lawyer or the “Tunnel” and talk. He also wanted to thank Angeliki Nikolouli and her associates for their valuable help in the development of the case.

Joyce had come to Greece on July 5, 2020 for yoga and meditation.