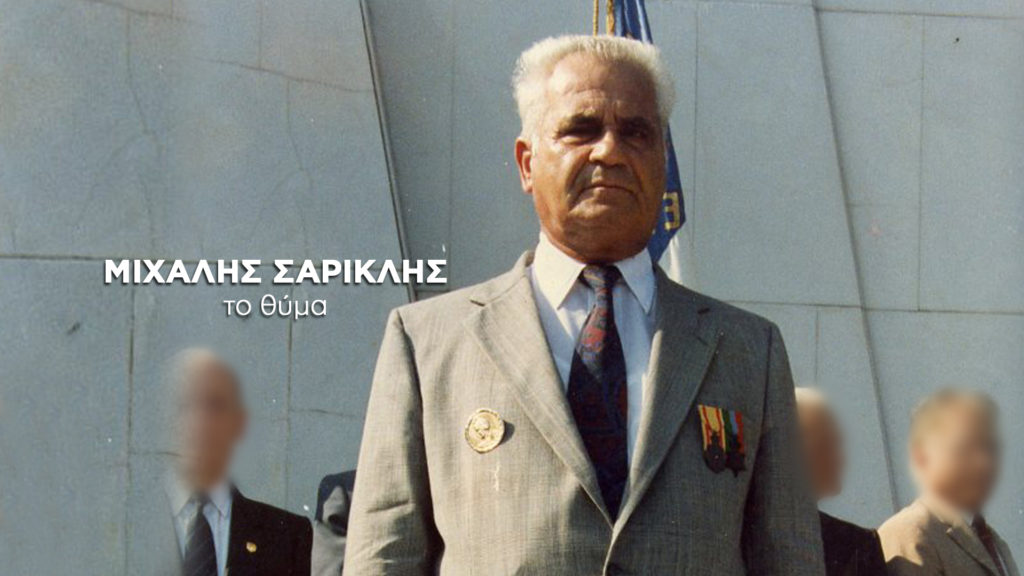 The case of the war hero from Samos who was investigated by the "Tunnel", came to an end on Friday, November 27th, with the conviction of the man responsible for his death, by the Mixed Jury Court of the Aegean.
Share

The person who had sided Michalis Sariklis, pretending to be his friend and financially harassing him, was found guilty by a majority of the crime of causing fatal bodily harm and not that of intentional homicide in a calm state of mind, for which he had been prosecuted from the beginning.

He was sentenced to twelve years in prison, which he will build with a bracelet in his home, taking advantage of the provisions of the new Penal Code for convicts who are over 70 years old.

The majority of judges and jurors accepted that the “friend” managed to hit 92-year-old Sariklis on the morning of November 10, 2016 in Kedros, Samos, but not with the intention of killing him. The death of the elderly man occurred due to negligence.

According to the victim’s son’s lawyer, George Bourmas, the civil suit will be appealed against.

The day before, the prosecutor had suggested the guilt of the Greek-Canadian “friend” of Michalis Sariklis, making extensive reference to the “Tunnel” and his contribution to the investigation of the case.

As the prosecutor pointed out, from the beginning there were serious delays and wrong actions by the Samos Security police. The result was that three years passed with the “friend” of the war hero moving free and giving courage to the sons of the victim who were looking for their missing relative.

The pressure exerted on the accused by the “Tunnel” investigation highlighted his contradictions, the prosecutor stressed. This provoked the re-mobilization of the local police, as a result of which they finally extracted the confession of the perpetrator.

In her speech, the prosecutor had rejected the accusations of the accused who spoke about an accident. As he said, the multiple fractures in his skull, the concealment of the corpse and the constant deception of the Authorities, prove his deceit in committing the crime.

See frame by frame the “Tunnel” investigation into the case