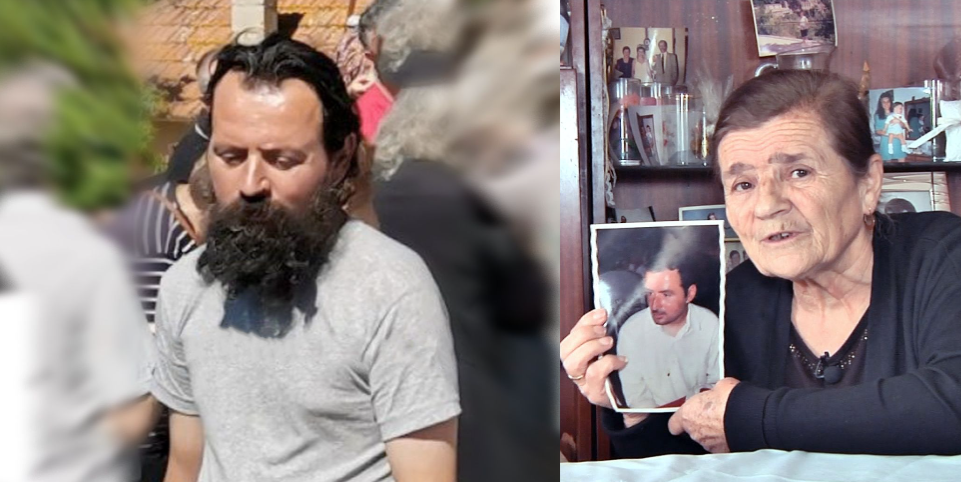 The dream of the mother of the unfortunate Panagiotis Kyriazis, who the "Tunnel" was looking for, turned out to be prophetic.
Share

Just a few hours after the broadcast of the developments in the case of the sensitive man who moved the viewers, the tragic epilogue was written in Nafpaktia.

The body of the 44-year-old was found in an inaccessible area in Ano Neokastro, Nafpaktia, four months after his disappearance in the same place.

It was at a distance of two hundred meters from where a part of his bones had been found a few days earlier by hunters and had been sent to the forensics of Patras for a DNA test.

A shoe of Panagiotis led the members of the research team to the spot where he was dead.

His mother, Mrs. Vasiliki, had seen him in her sleep under a fig tree, asking her for new shoes, because he had lost his own. Now she cannot believe the evil that found her, that her son, suffering after a serious traffic accident, disappeared at the festival of Agia Paraskevi and was found dead nearby.

The president of the community of Neokastro, Dimitris Vassilopoulos, speaking to “Tunnel” said:

“We also located the rest of the members, the skeleton and the skull of Panagiotis, which was lying nearby. We were all days searching the area. To have passed so many times at 30-40 meters and not be able to find him… One of his uncles, as soon as he saw the sight, recognized him and wept.”

Athina Kyriazi, sister of the 44-year-old man, told a journalist of the show, emotionally charged:

“My mother always dreamed of that spot. She is inconsolable, she cannot accept it at all. I wish we could turn back time. We haven’t told her about the shoes found further away. We don’t want to put her through this process of thinking like that…”

In closing, she wanted to thank the “Tunnel” for its valuable help in putting an end to the anxiety they were experiencing and the unanswered questions they had.

Before they can bury her brother, they need to have the official answer from DNA.