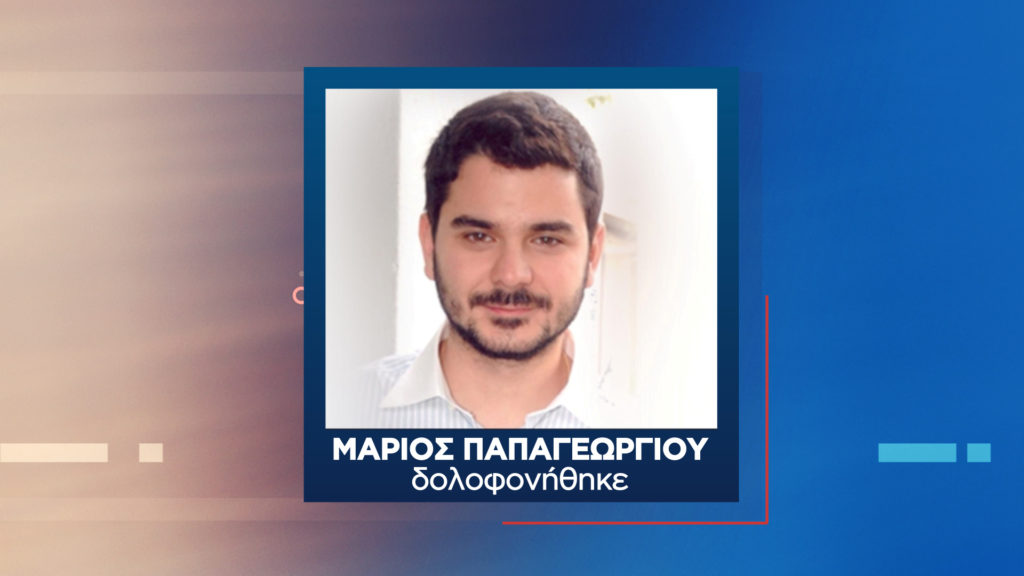 Researchers are literally "plowing" the mountain and the stone quarry near Kamena Vourla, after the data were collected and "show" the area as the point of burning and burial of the unfortunate Marios Papageorgiou.
Share

The new “weapons” in their quiver are specially trained dogs from America, which find buried human remains and were “recruited” for this in-depth investigation.

The “Tunnel” camera was found on Mount Kallidromo with the Canadian family researcher and the trainer of the four-limbed beagle.

The camera of the “Tunnel” was found on Mount Kallidromo, near Kamena Vourla for the new research carried out in the area by private investigators with specially trained dogs.

“There are leads that bring us here. We are trying to deepen the investigation in an effort to find what is left of Marios before the new court takes place. We have brought a team with specially trained dogs. First they scan the area and then they demarcate it. The 100-page report with all the information we have, will be handed over to the judges in a few weeks,” said the family’s private investigator from Canada.

“We have dogs that specialize in detecting human remains. They can detect human bones even from twelve years ago”, stressed the General Manager of the company Element Security, which has the specially trained dogs.

Investigator: We deliver the whole truth to the judges…

The Canadian researcher speaking to the “Tunnel” expressed his belief that now the end is very close and the truth will soon shine. He also stressed his optimism for this new research with specially trained dogs, which detect human remains.

“When we present the report in court, they will have the opportunity to see the complete truth. I believe we are nearing the end and that we will find Marios, so that the family can finally calm down and have a proper ceremony in church for their man,” he added.

The trainer of the specially trained dogs of the company Element Security, said that “abroad this way of research with detective dogs is widespread, in contrast to Greece”.