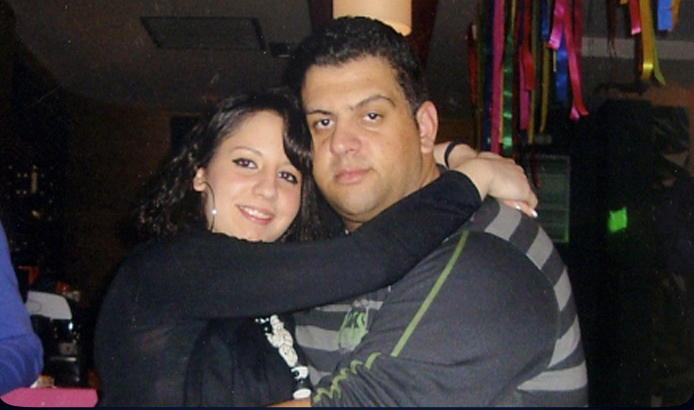 What revealed in "Tunnel" for the double murder of Salamina shocked.
Share

On Friday 3 February, the show returned to the scene of the crime and revealed substantial evidence that would initiate developments.
At the same time the serial killer remains free, people started to talk.
The double nightmare unveiled in July 2011 at Salamina near the sea, in the area of the monastery of the Faneromeni. The  officer of the Navy George Bakas 27 year old , was found murdered in the back seat of his car.
His  girlfriend  Natasha Apergi 22 year old, mother of a two year old girl at the time was vanished.  Her ersonal belongings were in the car. Within walking distance to the forest, a large stain on the blood, testified the horror that she lived …
The show found “key” -witnesses  that some “photographed” on the island, as involved in the case.
One of them with a dangerous past, conducted his own investigation.  He found particularly evidence for an  individual involved in unlawful acts and he is willing to testify to the magistrate, in whose hands is the case now. 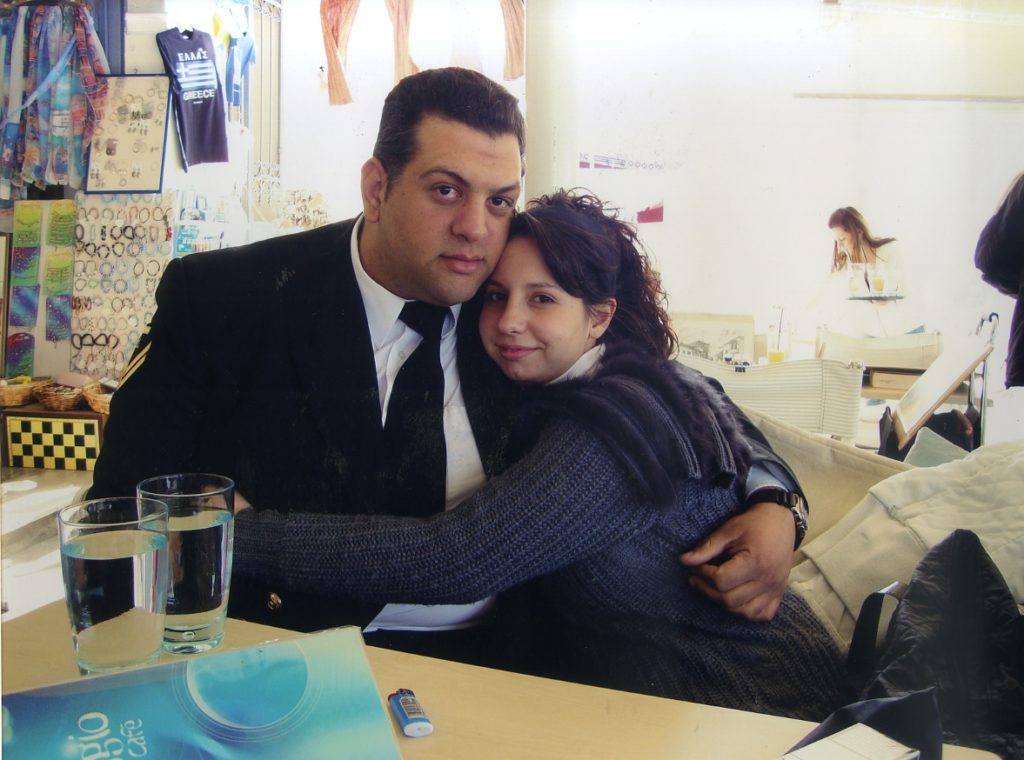 They blame me for the crime…
He responded to the rumors, but also said what he thinks about the crime.

“You are all mistaken,” he said. “You connected my past with the murder. I did not even Know the victims . I live at the island, I do not bother anyone and I have quiet life. “he said.
That   evening he was  in a friendly house from nine at night until dawn and there are witnesses who have confirmed that.
In his opinion the case Faneromeni has no common characteristics with others.
“I think it has to do with  protection or  drugs. A rapist does not get the girl out of the car to rape her elsewhere, “he said, while does not exclude  out the possibility that the killer was” expendable ” and has been killed by his colleagues.
As for the rumors against him he said:
“A seedy guy tells  everyone lies. ”

“He said someone was threatened him”

Friend of the murdered man contacted the show and revealed that George was threatened.
One night before the murder, had confided to him  that some people wanted to meet him. He even said he might need his help.
While they were together his friend asked him several times who was threatening him, but George refused to answer.
His friend advised him to avoid to go to some dangerous place and George agreed. 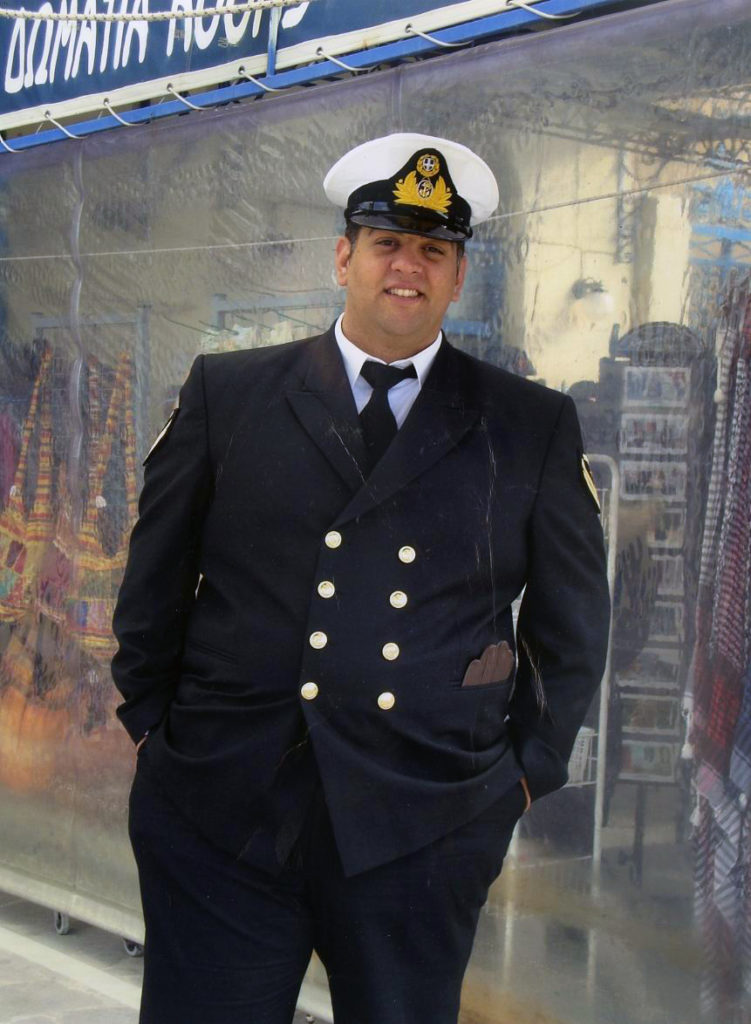 The unknown man at  Faneromeni forest

A new testimony came on the show for a  man who still appears odd hours in Faneromeni forest, where unlucky Natasha  found  horrible death .
The witness said that last summer, a burly man of about 40 year old, was appearing alone at dawn in the region. He was of average height and was  wearing a camouflage uniform.
The witness saw him more than once. His intrigued why he is there because at the dense forest hunting is prohibited. He noticed that he walked with difficulty, but could not distinguish in the dark if he had  a gun.
A similar picture was given to the victim’s father,by  a beekeeper. He also told him that an  unknown person, who wore military clothes, had long hair and was holding a rifle was seen in the area.


The “Tunnel” finds an important  witness
For a long time people in Salamina wondered why the man who first found murdered one of the two victims, refused to talk. There were  rumors as he well knew the second victim, beautiful Natasha, who still has not been found.
The reporter of “Tunnel” found  him.
He described how that morning was looking everywhere for Natasha, as her mother had asked his help. He went to the Prophet Elijah hill and then saw the car of George Bakas, which was on the central road.
He called Natasha’s mother  who at that time was the police station.
“I went next to the car and George’s window was open and on the other side the glass was broken, ” he said.
He believes that someone would have seen earlier the macabre spectacle because he went at the point at noon. According to police everything was done in two or three in the morning. 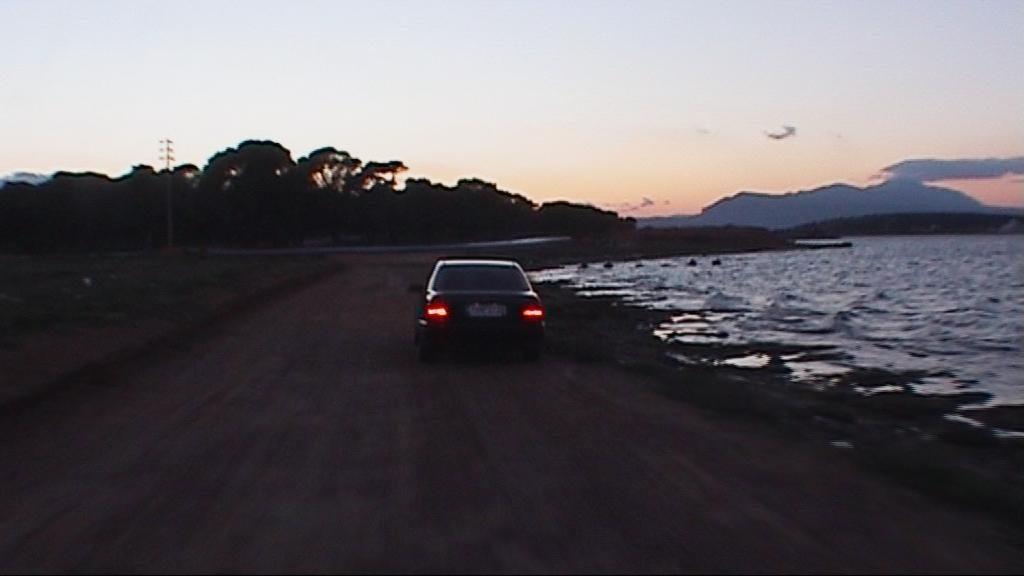 “To make such a crime,” he continued, “and wipes the body of Natasha, must be trained professionals. If there is a possibility for random incident, it would be one in a million. They were so unlucky to be in the wrong place, wrong time? ‘.
As he said it  is a dark and dangerous place.
He said at the journalist he had seen the previous night around nine, George with a friend in a cafe. He greeted him and asked him to find a replacement for a car which he needed. When he left half an hour later, George was still in the cafeteria.
He argued that they were not friends and they were talking because of Natasha. He described him as a quiet man who did not seem to have trouble in  his relationship with Natasha,
For all that were heard against him, that he knows what happened, he answered:
“It’s very simple. They blame me because I am a foreigner and I have a relationship with Natasha s mother… Greeks do that … Since I am clean and I want to give information, I will give them to the police. I have done nothing I am not afraid of anything. ”

The bloody night that changed everything Salamina …
Angeliki Nikolouli few months after the horrific crime, was found at the scene with the father of George.
The Mercedes of the victim was on the coastal road that leads to Faneromeni monastery, near the harbor from where ferry- boats carrying people and vehicles to and from Nea Peramo. It is reasonable to wonder, since it is a popular spot especially during the summer months, why there was not a reliable witness to say  what happened?
Relatives and police started searching the answers from the evidence found at the crime scene. The window glass behind the driver was slightly open, while the driver’s  down. The victim was found in the back seat tilted to the right side. The key was on the ignition. On the other side of the driver of the window was broken, after shot with a hunting rifle.
The only trace of Natasha was a huge blood stain found in another spot, just above the main road. 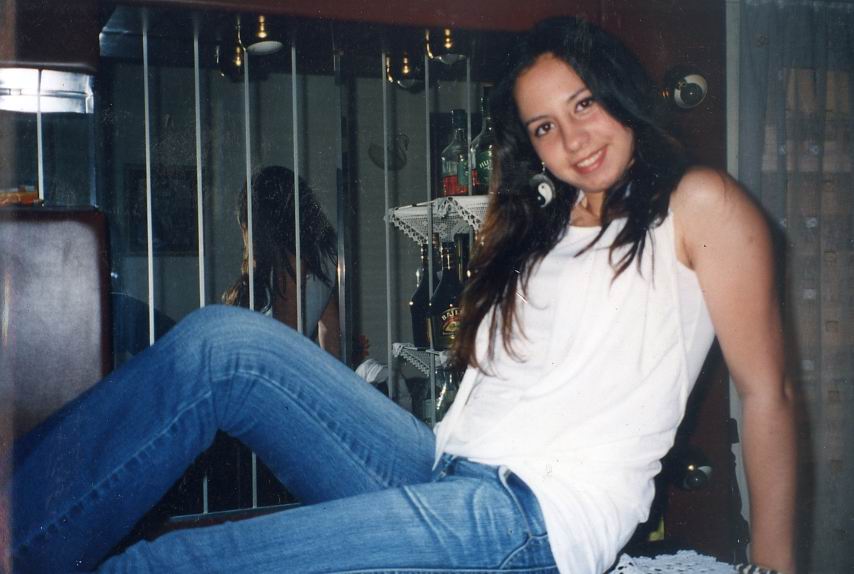 “Tunnel” found again with the tragic father Christos Bakas, in the same spot where  his son and his girlfriend, were killed about five years ago.
The memories are still fresh and the questions unanswered. As he said to the broadcast camera, there were witnesses who approached him and told him about specific individuals who may be involved in crime and possessing weapons.
“If these people are related to the murder of my child should be examined by the authorities. One of them, while there was a rumor that the day of the killing was detained in the police, they told me that that night, not only was walking free, but he was nearby, where they  found the car. If this is true, it should be investigated. The witness told me that he is willing to testify, ” he said.

“Many came out and said they saw or heard something that morning, why they never went to testify? The police sought for them? I do not know what to say … It seems that fear prevails in Salamina … This offender may struck again. Why do they not talk? ” he concluded.

Serious testimonials…
Memories are still vivid for the relatives of the tragic young man for the evil that struck their family and they avoid to pass from the point he was found murdered.
His sister Helen Bakas expressed to the  camera  of “Tunnel” how disappointed she is because the investigations around the case are stopped, and she fears that the perpetrator can strike again.  ” I have not seen something like that before.  I am sure some people know what happened and should not play with the pain of a family who seeks for the truth. They do not think those who are afraid to speak, that this could  happen again? ” she said. 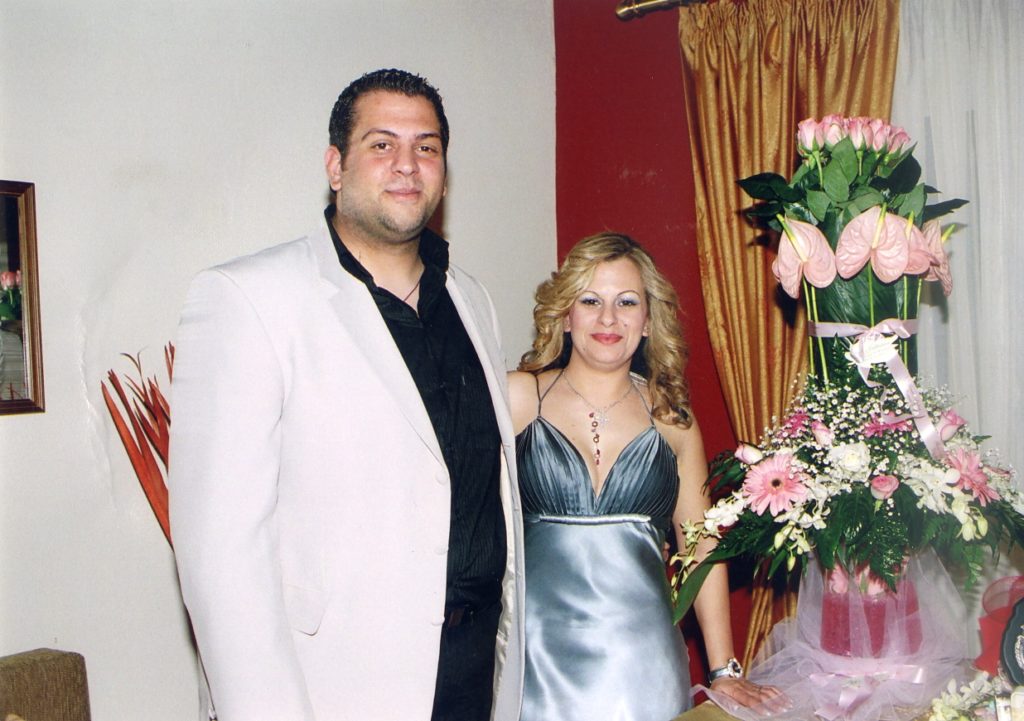 Nuns of the  monastery, located near where the crime was committed with victim George Baka and Natasha Apergi, spoke.
They relied on the testimony of an Egyptian worker, who that fateful day, he heard shootings from nearby. After the incident he disappeared.
In February 2014, “Tunnel” was brought to light one witness, whose testimony apparently was not accidental. 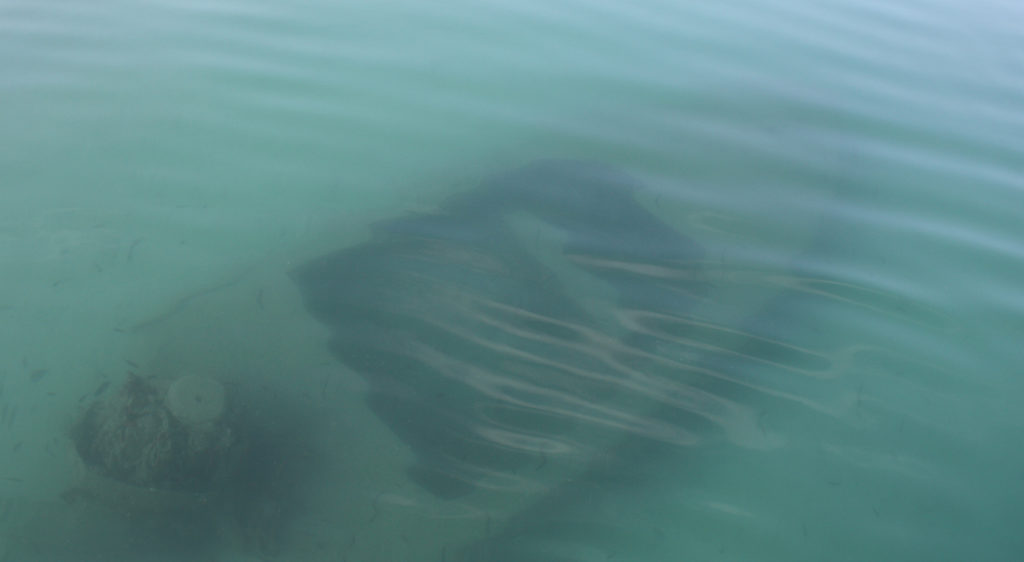 Owner of a speedboat said that the same evening, his boat was stolen. As he said it was very likely that the perpetrators used it to wipe Natasha and then sank it . The testimony came to establish a second from guardian of an aquarium who that night heard voices and a boat.
“Tunnel” finds the sunken boat …
Soon “Tunnel”’s  research led to another witness who showed where  was the sunken cruiser. He  told the “Tunnel”, that after the killing, next to a small island barren called Makronissos, was immersed in five to six meters, a boat that must have been the one that was  stolen. The investigation finally confirmed it. 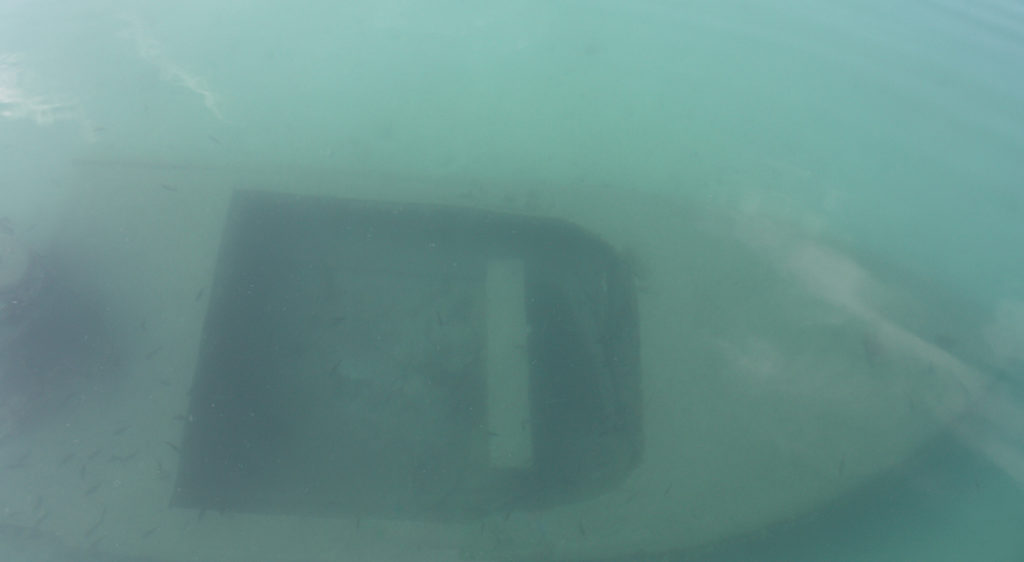 “They vanished my child to hide their DNA..”
The corpse of the unfortunate Natasha still has not been found and questions burning their relatives. Her mother spoke to the reporter of “Tunnel” from where her child disappeared.
“Even now they do not talk. I ask, but no one says anything and I do not know where is my child… It seems that Natasha struggled with her assassins, they found her  earring at the bushes. To shed so much blood, they have beaten  her deadly … why all this? ” she said.
She believes that the perpetrators swept her body because on it there was their genetic material.
As she said, the first group of police officers who had investigate the case, told it was a coincidence.
“This does not fit in my mind. A random rapist first killed George and then raped and killed Natasha? How many of those are  on the island and cannot find them? ” wondered.
He then referred to a friend of George who had said that the victim confided that threatened him.
“Certainly there are people who know and have to go forward and talk. What would do if she was their own child? Why do they fear? ”  she said.
For the rumors in Faneromeni area, she said that the world talks about incidents of rapes and contraband trade. She did  not exclude that the young couple was found accidentally in front of such a transaction.
The child Natasha left behind is now six years old and grows up with her father.
“She asks to learn about her mom and it is easy  to hide the truth.I do not know what to tell her” she said. 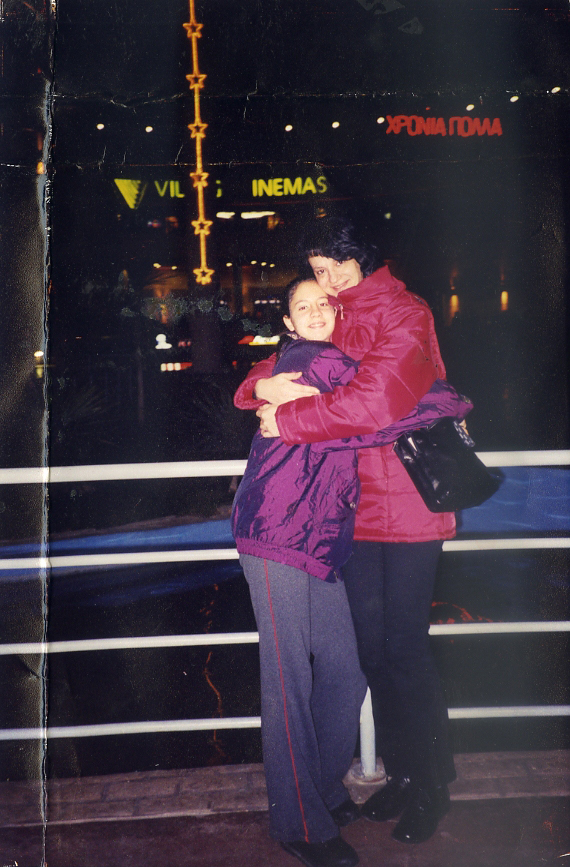 Litsa Zupa will never forget the moment she saw her partner to hold  his head from despair beside the car George Bakas was found dead . She went to the car and saw the broken windows and George dead. Her daughter was vanished. Her  slippers were on the back seat.

Later at the police t recognized the bottom of Natasha s swimsuit, which was found  in the back seat of the car.