Intensity, revelations and reversals in the last show of the year.
Share

Tunnel on Friday 15 December, one day after the funeral of the unfortunate student Nikos Chatzipavlou, lit up the shadows of this strange case.

Distinguished scientists found in the studio tried to fill the gaps left by police investigation and the first forensic examination. 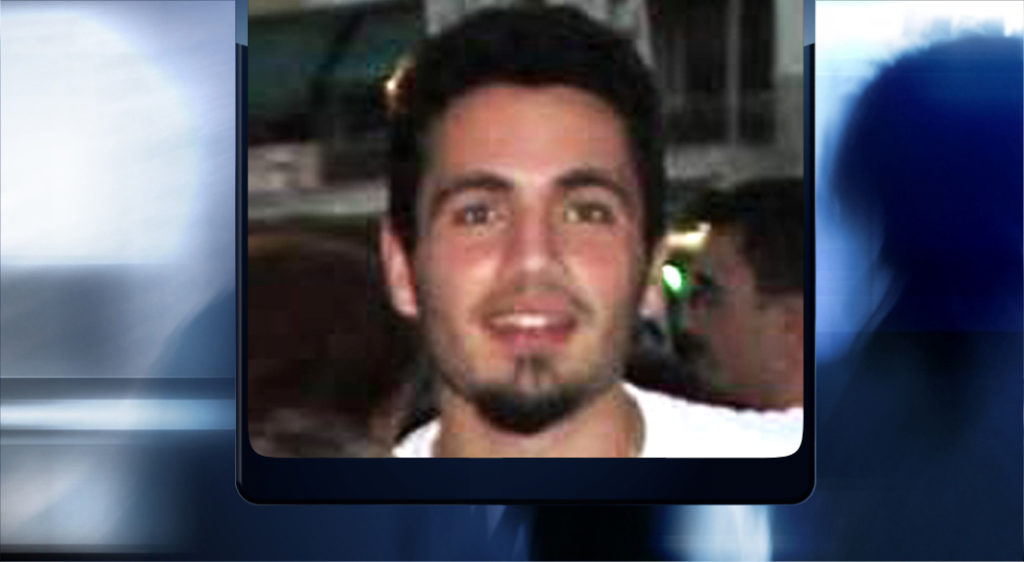 The moment when the mother and the aunt of the unfortunate student entered the studio was touching. They appeal to Kalymnos residents who know what happened to come forward.

In the studio was found the technical adviser of the family, Socrates Tsantiris, who contacted with three other coroners the second necropsy requested by the relatives.

With him was also  the orthopedic surgeon, specializing in sports injuries and traumatology, George Safos. The expert scientist was  invited by the technical adviser, Mr. Tsantiris, to examine the X-ray on  the unfortunate student body.

What he said revealed a new dimension in the case.


“There was no fracture from the X-ray to justify a drop from height. In fact, he did not break even a tooth! We see people falling from two meters height and having serious fractures. However, in the findings of the first forensic scientist questioned by the family, the cause of death is referred to as “secondary shock as a complication of multiple body injuries compatible with falling”. 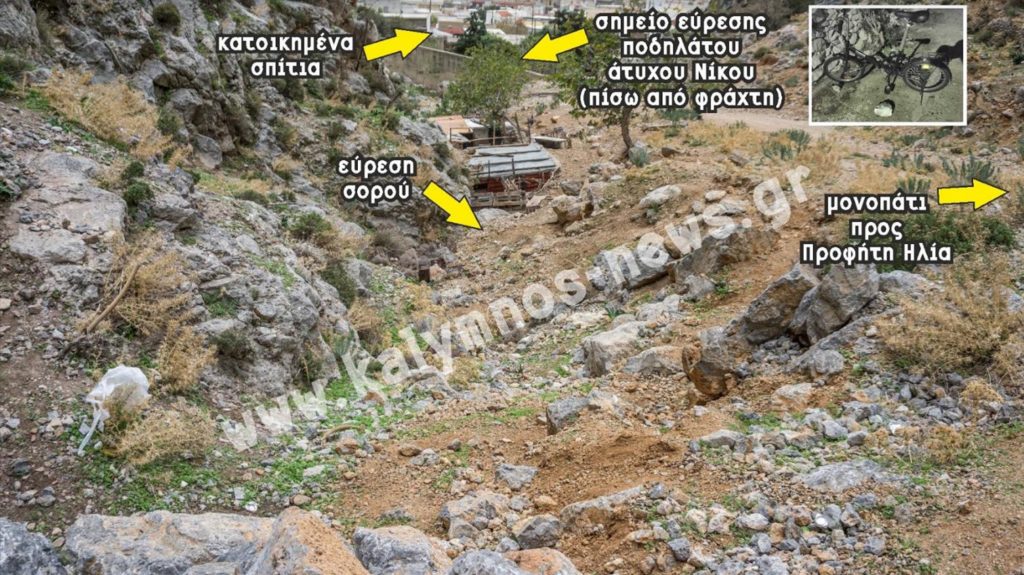 “When a forensic scientist needs to come to a conclusion whether it is a criminal act, an accident or a suicide,  must know the backround and also have the results of histological and toxicological examinations. These are not subjective conclusions, but research results from different sciences. In the case of Nikos Hatzipavlou, these tests were carried out in the second necropsy in a phase of sepsis progression. At this stage I can not rule out anything. In the second necropsy, we found many lesions, but not fractures. Damaged wounds result either from violent act  or from falling. However, the X-ray showed no fractures and this is serious, “said Mr. Tantris and continued:

“If there was a fall, even a paradoxical fall, did anyone see if someone pushed the young man off the cliff or not?”

The discussion of the experts found in the Tunnel studio helped Dimitris Drosos  autopsy  journalist from Kalymnosnews.gr, at the spot.

The shots show the steep slope with the sharp rocks and the path which  Nikos Hadjipavlou claims to follow.

At the beginning of the video the reporter showed the spot where the student’s bicycle was left,  and the last houses were located. At a distance of about sixty meters, climbing up the mountain, next to a canopy and inside a ditch which is not visible from the street, the  corpse was spotted. It was found on the back with a slight incline to the right. The short-sleeved blouse he was wearing was torn up and there were scratches on his back while he was injured in his head and body.

Right above is the steep slopes of the mountain of Profitis Ilias about fifty meters high. There is an extremely difficult and dangerous path that can not be seeing from the ground and which Nikos seems to follow.

In his report the journalist shows the points found scattered one shoe, the blouse and the rosary of prayer of the unfortunate young man.

Rescuer showed the documents in a picture

Kostas Valvis, a family friend and volunteer rescuer found in the studio, participated in the surveys for the unlucky young man.

He claimed that both himself and other volunteers had passed from this point more than ten times. His body was not there, but neither the child’s shoe nor his sweatshirt a little higher.

“The sweatshirt was found  forty meters above the ground. It was spread over a bush on the rocky slope, as if someone had placed it there. Even if the victim himself left it there, we would certainly have seen it.

They said his body was snapped and held back on a steep point on the rocky slope. I went up personally and saw it. I think that a body  can not remain  there. “

In order for the experts to understand what he was saying, he stood up and showed the key points in the video.

At the same time, witnesses reported to Tunnel the existence of strange circuits that operate in the area where the young student found dead. Everyone  in the studio  agreed that the complaints should be carefully investigated by the Authorities.

The lawyer of the family Athena Kharvalakou – GliKa referred to their legal struggle until the request for the second necropsy was accepted. She wondered how the death of the young student was described as an accident without the results of the necessary laboratory tests.

“I will not give up on this case…”

The mother of the unfortunate young man, Ioanna Apostolaki-Chatzipavlou, said she could not realize what happened to  her family.

“I feel like living in a parallel universe. After so many days I kissed my child for the last time, ” she said.

When Angeliki Nikolouli asked her why she talked about cover-up in the first days, she replied that it seemed strange that her child was found  suddenly after six days of research after such a great mobilization.

“Most of of the people on the island told me not to give up on this case. We want answers, how our child died, ” she emphasized.

She mentioned that Nikos was a sportsman,  loved hiking and used to explore new places. She also said that at the island it was  raining only the  day after the disappearance, while during the surveys the weather was very good.

See frame-by- frame the developments of the case here.