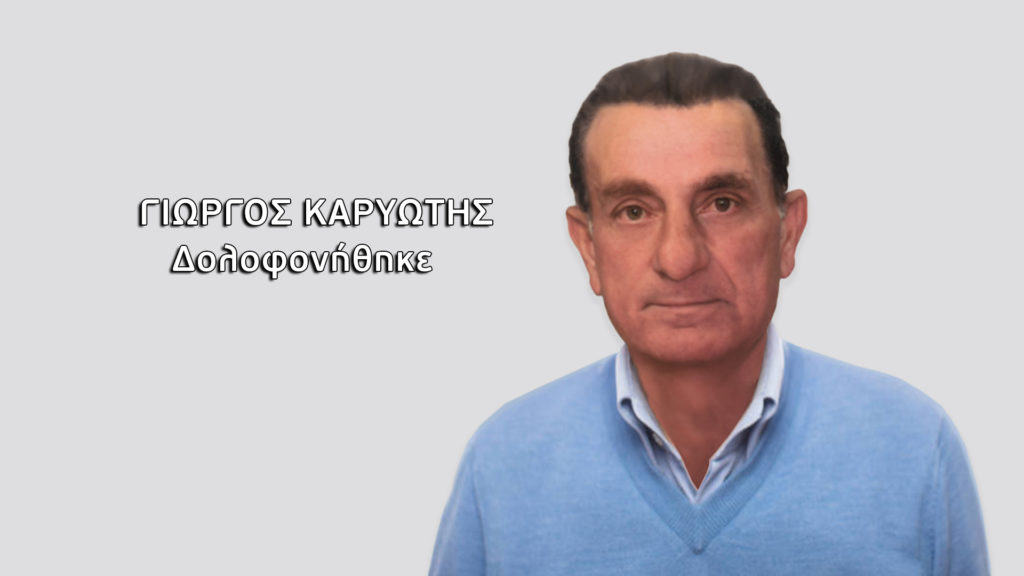 Almost six months after the murder of bio-wrestler Giorgos Karyotis in the Medieval city of Rhodes, the first light seems to be switching on.
Share

His family, who has been living in the dark all this time, is waiting for answers from the authorities, so that his memory can be vindicated.

According to information, the Directorate of Criminal Investigations seems to be immediately delivering the results of the DNA samples taken from the crime scene.

The “Tunnel” was connected live to Rhodes. Together with the journalist of the “Demokratiki” newspaper, Mary Foti, were the victim’s children, Vangelis and Katerina Karyotis.

The son of the unfortunate head of the family, Vangelis, who was murdered in his own home at noon on Tuesday, June 14, denounced the long delay in the investigations by the authorities.

“Six months and we still have no news. We are in the dark. Whenever I ask the police about the progress of the investigation, they ignore me. We want him to clear our name because they are accusing me and my brother…”, he said.

Vangelis was the one who found his father murdered and suffered a shock. He appealed even to the competent minister to speed up the investigations and to do justice to his memory. The unfortunate Karyotis was found with his arms tied with cords from his arms. He wore a noose around his neck with a thick rope. Just before, they had blocked his airways with a towel, so he wouldn’t scream. The possibility of robbery appears to have been ruled out, as his money was found in a pouch inside his home.