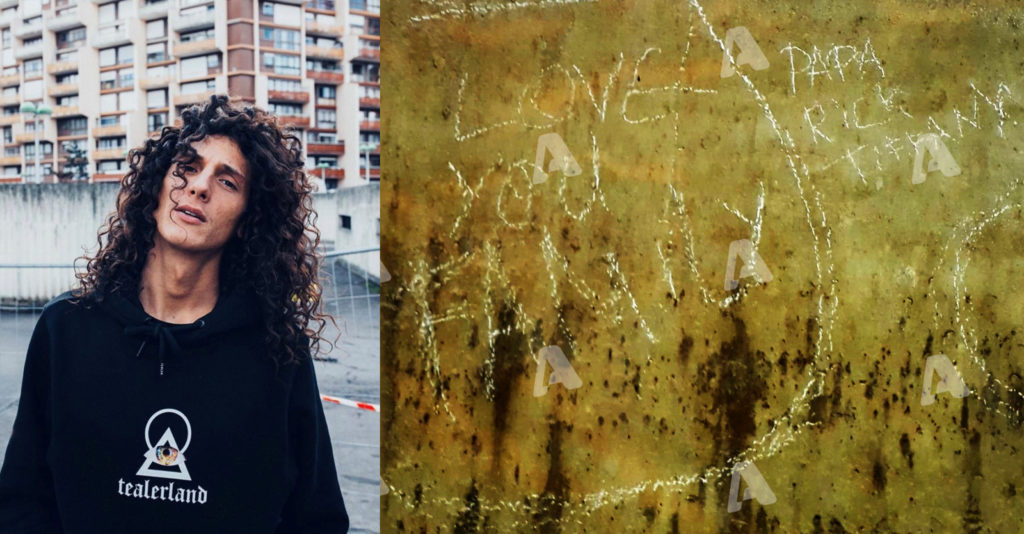 What happened to the French dancer is unbelievable. The fact that Joyce - Timothy Radocic, 27 years old, was alive for days, trapped in the tank of the ruined Mavromichalis villa in Piraeus, as “Tunnel” has revealed, is shocking and horrifying. He was calling for help and no one was listening.
Share

He carved the last signs of his existence on the walls of the tank with a sharp stone as he felt that he is going to die. Officers from the “Crimes Against Humanity”, who searched the empty water tank five meters deep, were speechless.

He wrote “Here since 21.08.2020” stating that he was trapped there, from the day he disappeared. He counted the days passed  with vertical lines on the wall . He survived for about eight days without food and water. When he felt that the end was near, he wrote:

He also sent, in this creepy way, a message to his family engraving the names of his father, his brother, Rick and his sister Tiffany:

In Friday, May 7th, children playing at the dilapidated buildings of the mansion, found Joyce’s skeleton nine months after the tragedy of his disappearance. The place where his body  was found, was just a few meters away from the hostel where he stayed, from the 5th of July when he came to Greece for meditation and yoga.

In a live connection via Skype with the show, the family’s lawyer, Charalambos Tsianakas, said in shock:

“Joyce had a martyr death and this hurt his family most. They came to Greece to get the answers they were asking for. Based on some evidence found in the water tank and investigated by the Authorities, we do not believe it was an accident. I believe that we are going to have some news in some days. “.