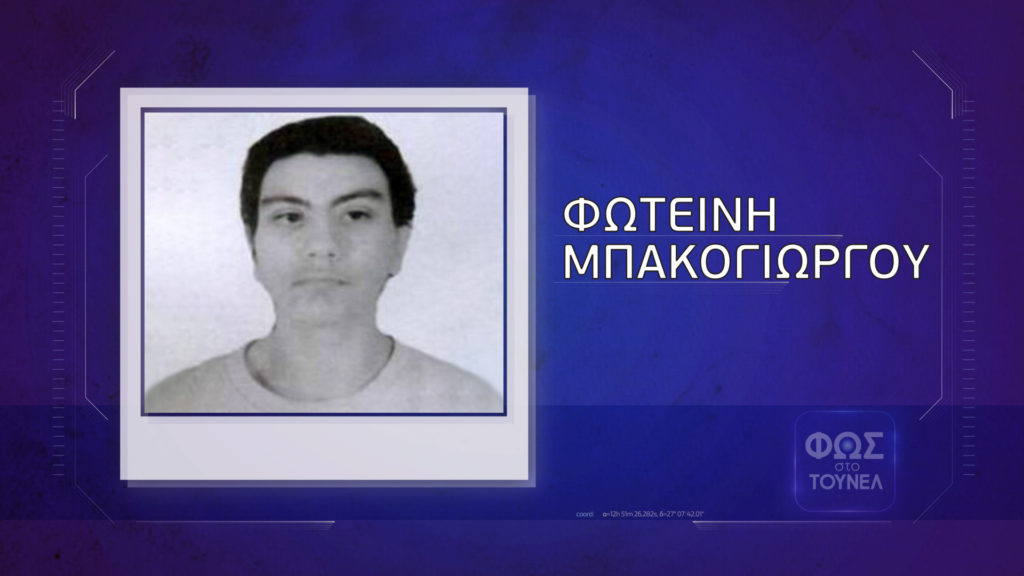 The young pregnant woman and mother of three children who had disappeared in Kypseli was missing for a month. Before the society recovered from the double shock of our missing fellow human beings that the show found last in the junk, the evil took root ...
Share

It was not enough that they had the unfortunate woman for so long in the refrigerator of a hospital, they buried her as unknown with her unborn child at the moment when her family and the “Tunnel” were looking for her after the “Missing Alert” that meant!

Fotini Bakogiorgou 23, who was about six months pregnant, was found dead on Friday, October 8, the same day of her disappearance. Her body was found on a street near her house in Kypseli.

Both her disappearance and her death raise questions, as the “Tunnel” received serious allegations of abuse by the woman who hosted her.

In the show on Friday, November 19, Aggy Xenakou, a psychologist at “Missing Alert“, which has meant for the mother, had referred to the allegations of abuse of her children and herself. She had expressed her concern, saying that all possibilities are open and the prosecutor will be informed about it.

“Since the beginning of June, we had received reports in” Child Smile “about the abuse of her three minor children, not by her, but by third parties. The juvenile prosecutor was immediately informed and based on a social investigation, the children were removed from their home “.

Another extremely tragic moment for the competent authorities who again failed to coordinate to find a fellow human being who had the misfortune to die in Athens without an identity card.

The background of this inhuman story will be presented in the “Tunnel” on Friday, November 26….

Here is the relevant announcement of “Missing Alert”:

“Today 24/11/2021, the Smile of the Child, with great sadness was informed by Angeliki Nikolouli (via the show Light in the Tunnel), that on 08/10/2021 the body of Fotini Bakogiorgou had been located in an area of ​​its center Athens, by the Police Authorities and it was identified that it belongs to her, with an extremely long delay, on 23/11/2021 by a person from her family environment “.

The causes of her death are being investigated by the competent authorities “.