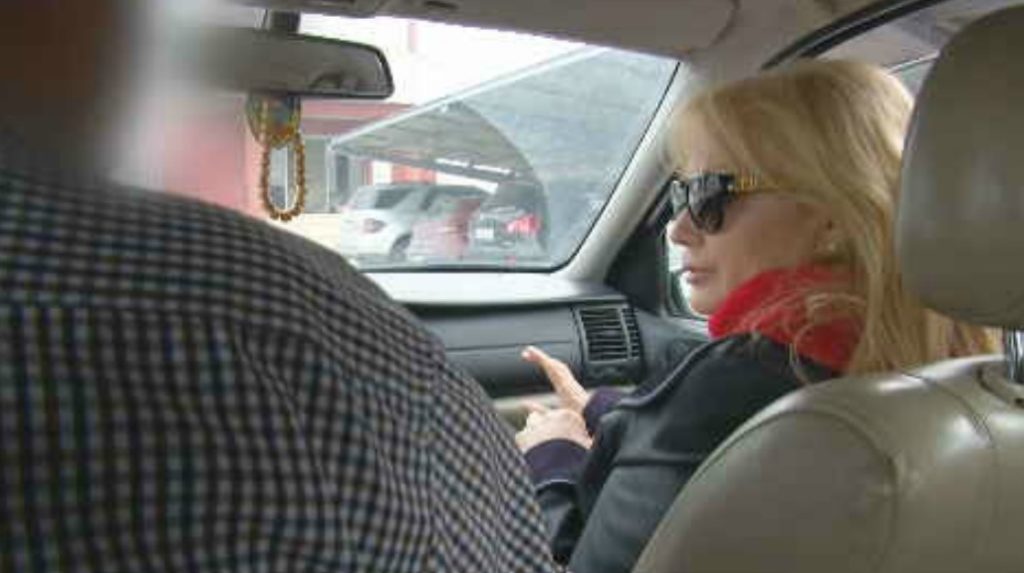 Breathtakingly, the viewers of Tunnel watched the creepy background in the murder of Dimitris Graikos.
Share

Aggeliki Nikoloulis aired a revealing, unpublished material of her research .
The journalist  last February surprised the merchant who admittedly killed  and buried the businessman and his car at his  farm in Anatoliko. This happened immediately after their meeting in  Halarastra slaughterhouse, the fateful afternoon of Thursday, November 3, 2016. 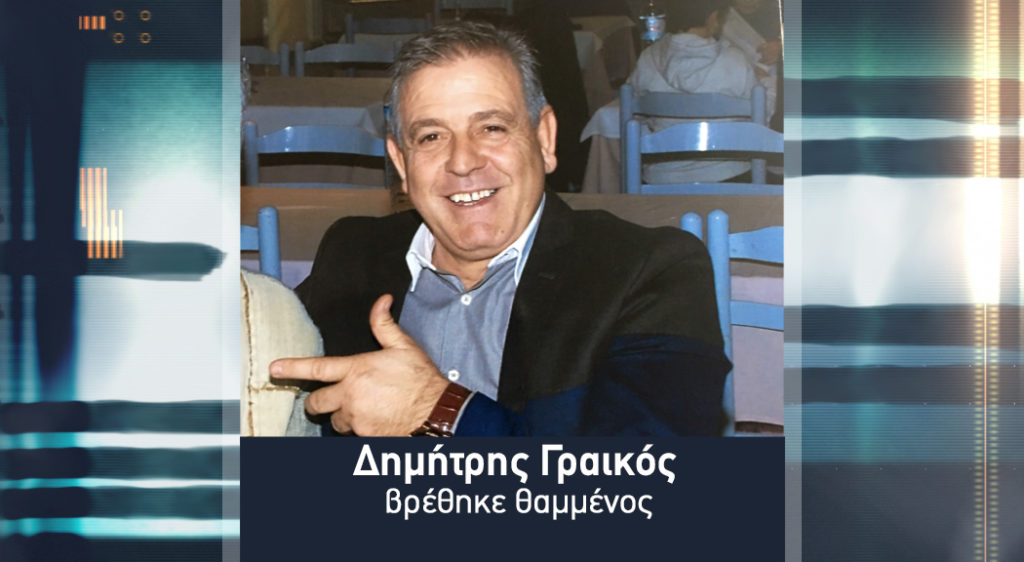 One month before Tunnel was found again in the merchant’s unit with the victim’s brother. Shock triggered the image of Nikos Graikos who was looking at the unit to find its owner and there was buried his brother. The dialogue between him and the merchant,  caused anger at viewers.

Aggeliki Nikolouli was convinced from the first moment that behind the disappearance of Graikos a hideous crime was hidden. For two and a half years she was vigilant watching the developments and persistently and methodically pursuing research until the curtain fell and the truth was revealed.

It took twenty-five broadcasts and dozens of references to the case to illuminate the darkness.

Tunnel firts reported that Graikos was dead, buried, with his car. News  and social media have literally “got on fire”. #Fosstotounel became the number one trend in twitter, and the show’s website dropped for a while by the simultaneous influx of thousands of users.

Photo from satellite reveals …
Significant information came from a TV viewer specializing in photogrammetry with drones and manned aircraft and remote sensing from satellite images. He sent satellite photographs showing that where Dimitris Graikos was found, there was an open pit in the northeastern corner of the field a day before the disappearance. Fifteen days later, it seems to have been fumigated.

The lawyer of the victims’ siblings Nikos Dialinas, with direct specific legal actions, has prompted the investigation of the case in another direction, managing to awaken judicial officers in order not to enter the Archives. He revealed in Tunnel:

“I was in the morgue, and the blows that I saw in the corpse of the unfortunate Graikos made me think that someone hit him with hate. We are talking about four broken bones that pierced the lungs, broken nose and many other blows. Our words  today must be tough. The reality we unfortunately encounter in our country is that everyone must take initiatives on his own in order to put an end to his affairs. All this time until the revelation that Graikos was buried in the merchant’s unit, there were said unheard things. That he was abroad and that he had a child with his friend’s daughter. ”

The above was completed by journalist Dina Syrpou, who, in cooperation with Angeliki Nikolouli, was investigating the case. She said :
“Despite the fact that the Authorities approached the University Professor last September and asked for his assistance, until recently, when it was finally decided to do search at the merchant unit, there were some police officers saying,” What are we going to look for now,  Graikos is in Skopje … “.

“He disappeared from face of earth by human action…”


Mr. Dialynas also read part of the order of the Deputy Prosecutor of the Court of Appeal, Vasilis Floridis, who accepted his appeal against the decision of another Prosecutor  to send the case to the Archives. Among other things, Mr. Floridis says:

“One way is the judgment that Dimitris Graikos fell victim to a criminal act that led to his death and probably his own property being taken away. We think that if he had escaped to another country (possibly FYROM) he would have somehow already been found. The case in the so-called “He disappeared from face of earth” can only literally be valid after human action. ”

” The perpetrator was not alone …”

Former police director Thanassis Katerinopoulos, after expressed condolences to the relatives of the victim, said:

“Many times I was forced as a researcher  to send messages to some people to come forward.  I hope they understood… Essentially,  Tunnel methodically evaluated all the elements by greatly facilitating the Authorities in their work. My personal appreciation is that the offender was not alone. I think the interrogator has a lot of work to do yet … “

For emphatic justification talked the criminologist Panayiotis Papaioannou, who was found in  Tunnel’s  studio:

“Tonight’s evening is an emphatic vindication first for the family, then for your broadcast, and finally for the qualitatively important Minority of Justice who do their job well,” he said. 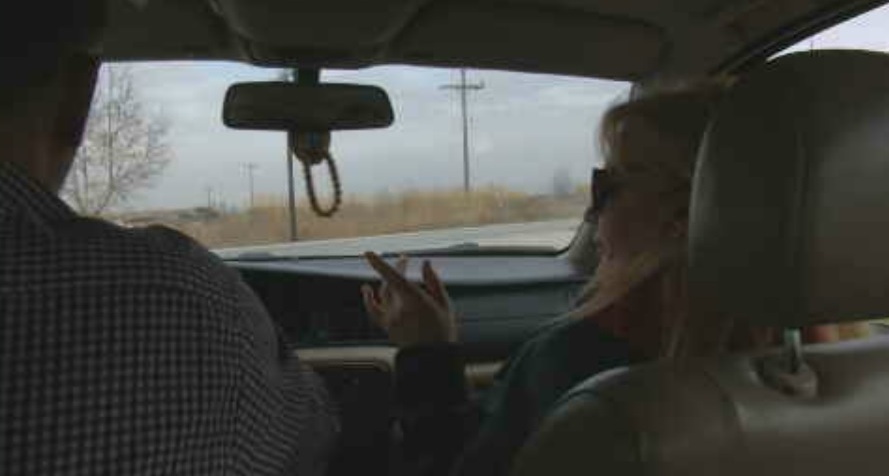 February 2019: How the actor was trapped in Tunnel …
Aggeliki Nikolouli, who was convinced from the first moment that a hideous crime was hiding behind the disappearance of the businessman, insisted over the years to methodically investigate the overwhelming case.
Last February, she was surprised the merchant with whom Graikos had the financial deal and asked him to follow the same route of the fatal night with his car. At first he refused, but then accepted to answer her targeted questions while they were  in his car.
Tunnel showed material from their meeting that had not seen the spotlight yet.
Characteristic but also prophetic was the dialogue between them:
Angeliki: It’s strange, too strange … So many years have not seen other similar cases, with someone disappearing from the middle of the road …
Trader: You will find it now … After no one found it, you will find it …
Angelika: Whatever the answer is…
Trader: Whatever it is …
He then claimed to the reporter that he did whatever he could to help the police in the investigations by pointing out several points. He remained in his original scenario that the invoices he had shown to the police officers showed that he had paid off the money to Graikos despite the family’s doubts to the contrary.
He said the car he was driving that day had no mirror and did not see if he was following him! He said that immediately after the slaughterhouse he went to the butcher shop he kept in Anatoliko and then went to his unit where he expected his partner to transport soil.
Angelika: And when did you leave? Night;
Trader: Not very late. After an hour… 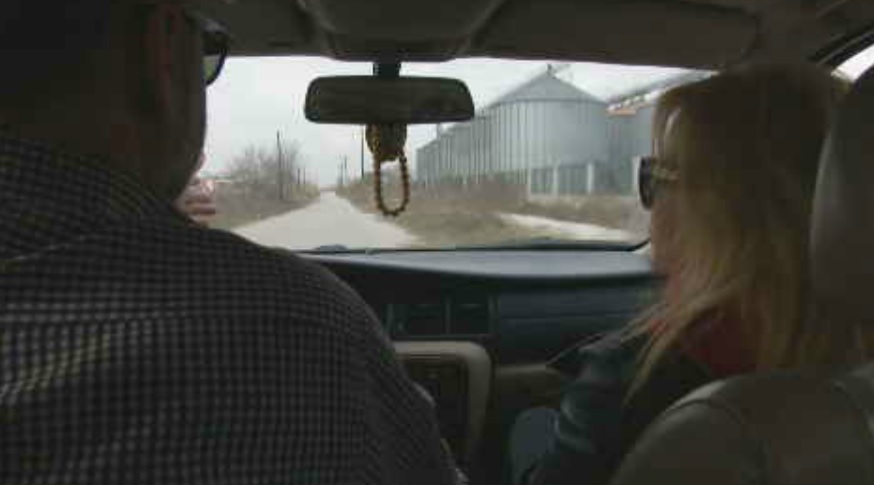 He was so amazed that the rumors that the businessman had left with his car abroad were dumb as it was an old vehicle.
“I wish we find him…”, he said to Angeliki Nikolouli.

January 2019: The brother speaks to the trader a few meters away from where he had  buried Graikos …
Tunnel presented a compelling documentary of research conducted by the show on its merchants  unit in early 2019.

Together with the reporter of  “Tunnel” Nikos Graikos was found in the place. Without knowing it he was just a few meters from his brother’s grave.
He called the merchant from his mobile phone and asked him openly what might have happened and where his brother would be found.
At some point he asked if Dimitris was driving the car that followed him. When the merchant answered positively he asked him shouting desperately:
“Why then did he  chase you?”
The merchant then tried to reassure him, told him he did not know anything about his loss and that he had filed for all this with the Police. 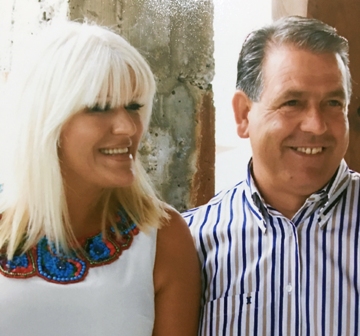 The victim’s widow  spoke  to Angeliki shortly after the revelation …
The woman, who for two and a half years had a calm attitude towards the constant ups and downs in the extreme case and was characterized by many as a suspect, broke into hearing that her husband was murdered and buried deep  under the earth.
The widow of Dimitris Graikos Despina, spoke to Angeliki Nikolouli shortly after his murderer’s confessed  the crime.
“I wanted to believe he was alive, I had a hope, I swear …” she said.
“He did not deserve such a death, he wanted to be near  his children, to be proud of  them … He knew with whom he was dealing with, why did he go there alone? When he told you he went to his unit, you told him Angeliki: “Is this new? You have not said it again … “ Our nephew had told you that he owed him three hundred thousand euros … I knew I had done nothing, but I did not want to find out that something like that happened …”, she told the reporter sobbing.
At the end of their conversation, she thanked her for her insistence on research that helped reveal the terrible truth.

Graikos sister: They told us not to look for him, because it was redicul for us…
As soon as it was known that Graikos was buried for two and a half years at the trader’s farm, Tunnel reporter rushed to the spot.
With the broadcasting camera recorded the first reactions of his relatives as soon as they learned the macabre news.
“Police informed me at five and half in the afternoon … We learned he was covered with soil and animal feed,” said the victim’s nephew under shock. 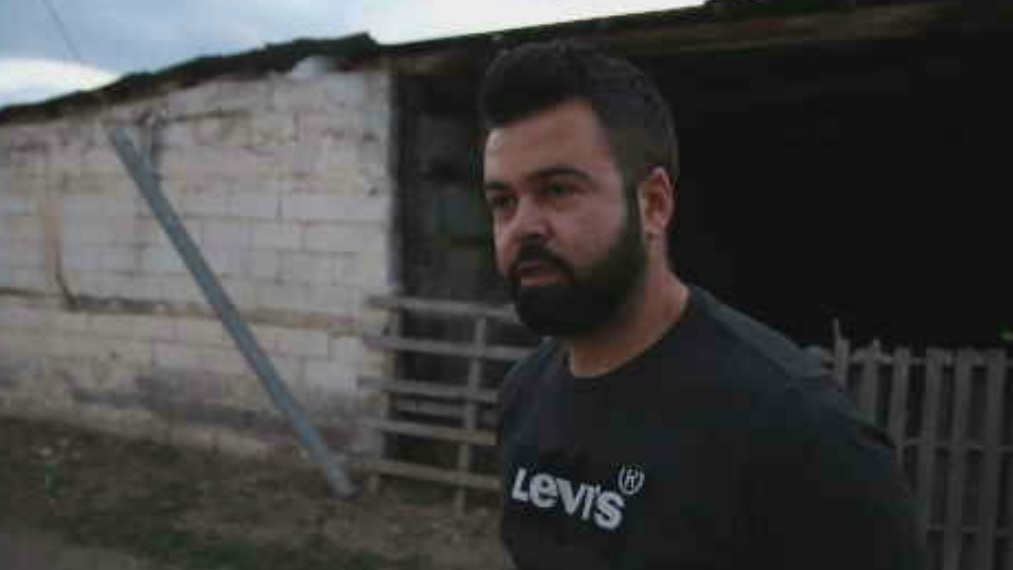 “Even if the worst case scenario was confirmed, the truth came to light … Is it possible to work every day in the place that buried that man? How he lived, I do not know what to say … “he said clearly angry.
The lawyer of the brothers of the unfortunate businessman, Nikos Dialinas, was found in the place where his body and his car were found. 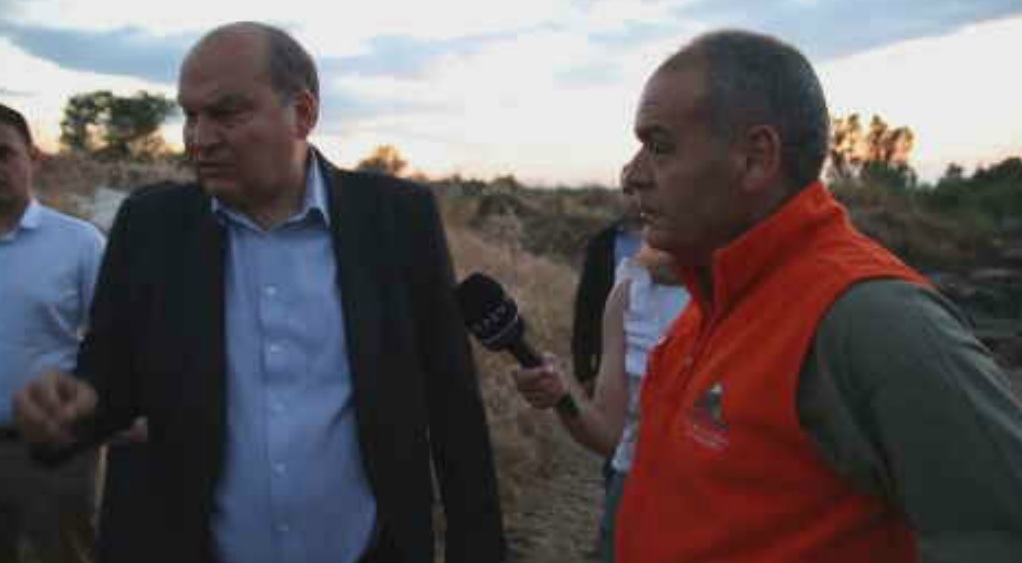 “From the beginning we said he was buried and that he did not go far. Those who said he was in Skopje, it is good to disappear now! We struggled with the brother and all the others were against us. Fortunately, there was a Prosecutor, Nikolouli, the volunteers of the OFKATH, who did not let the case be forgotten. If we did not make the lawsuit for homicide, nothing would happen … “he emphasized.

The chairman of the OFKATH, Christos Ramos, who has participated in all these years in the investigations to locate businessman and his car, said to “Tunnel”:
“We had searched the entire area within a radius of one kilometer from the first day of disappearance. But when we asked permission to investigate here with such equipment as the police used with the help of the Univeristy, the merchant did not allow us. This attitude had been suspicious since then. Today it seemed that a car and a man had been buried under two tons of soil and manure eliminating odors. ” 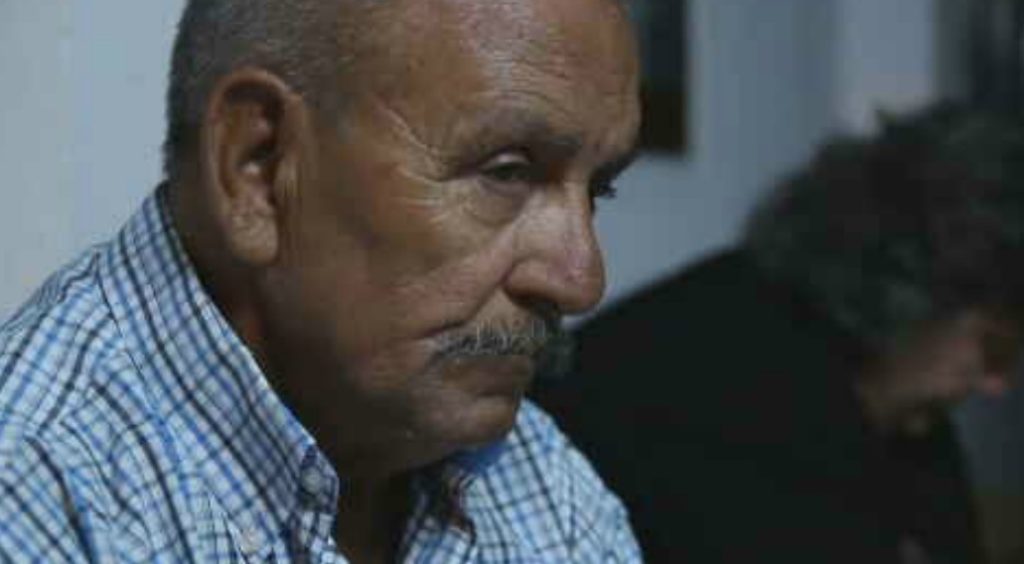 “He killed a man for money. This is the story. He sold a fairy tale to everybody and was just a murderer. We struggled to justify my brother’s memory and we did it … “, Nikos Graikos told Tunnel.
For the first time, one of the victim’s sisters spoke to the show’s camera. Dressed in black, she was talking and lamenting: 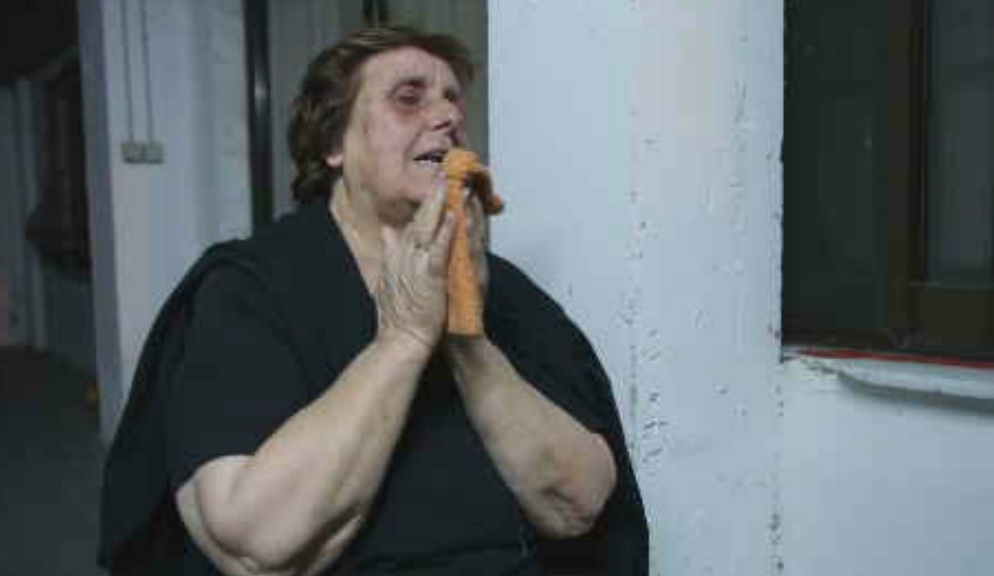 “I was calling him little Dimitri, I raised him … What did my brother do to have such a death? They told us not to look for him because it was redicul for us… They said he was abroad or  he went to a monastery in Skopje … Why? We wanted to find him, just like he was … And we did.. Wh want bury him like a human being, he was not an animal … He was human … “she said crying, causing a thrill of emotion. 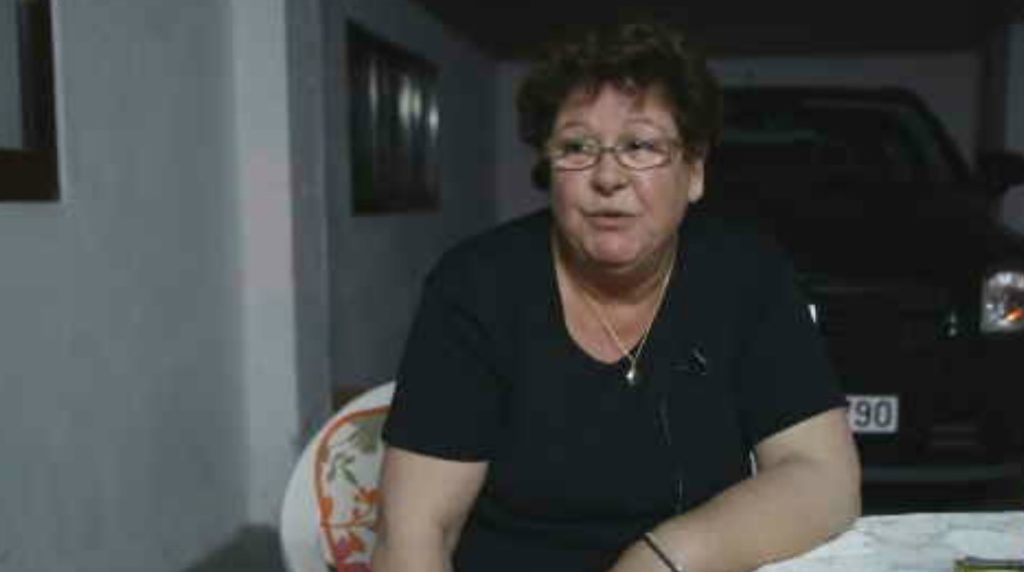 “With what heart did he do what he did? Are there such people? It finally turned out they exist. I want to be punished with all my heart … I wish my brother was not tortured or hurt… “the victim’s other sister told Tunnel.

See all the developments and Tunnels deep research in the case here.