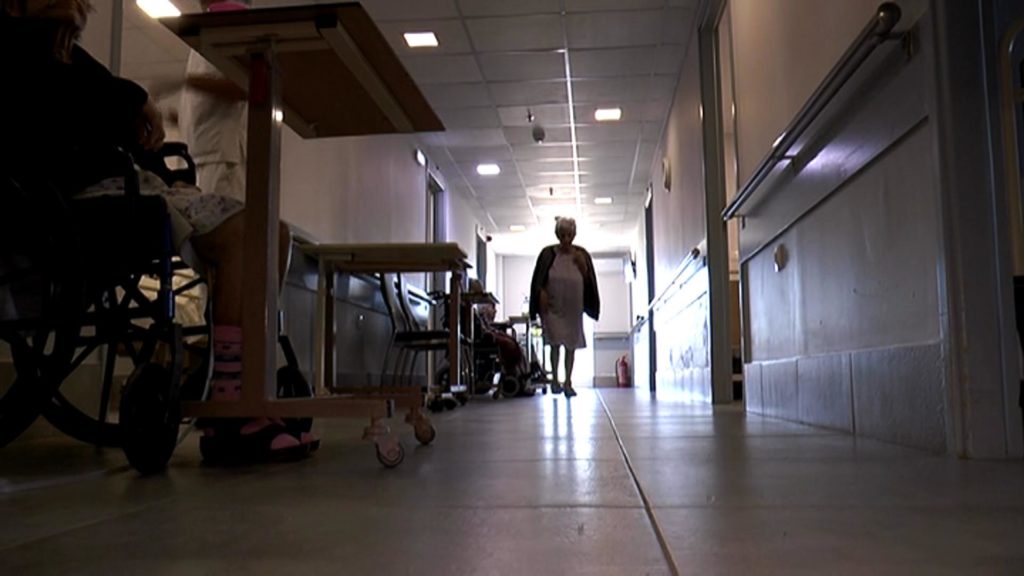 The "Tunnel" was found in the nursing home in Chania with the seventy strange deaths and what brought to light, is revealing.
Share

On the camera of the show, inmates and employees talked about what has been heard lately. What the owner of the nursing home said was interesting.

The “Tunnel” found the lawyer and relative of an inmate, who lost his life. She is the woman who brought to light the whole case with a lawsuit against the nursing home for exposing an elderly person to danger. She is also an advocate for dozens of other families seeking to find out the truth about the deaths of their own people.

The daughter of an elderly woman who died of “indifference and abandonment” also spoke on the show.

The testimony of the owner is revealing…

The owner of the nursing home, Chryssi Lionaki, spoke exclusively to “Tunnel” about the deaths of the elderly and the lawsuits that have been filed against the nursing home. She also referred to former employees who turned against her.

“In this lawsuit, two former employees testified, who got involved in the process. They never said in their testimony that I was abusing them, leaving them unwashed, untidy, that I was stealing teeth and property from them. What was said was that I had shortcomings.”

She admits that in the evenings only one employee was responsible for almost fifty people and that in the nursing home also work unskilled people, but only to feed, bathe and take care of the elderly.

Regarding the large number of dead, Ms. Lionaki said that these are elderly people who went to the unit in a stage just before they die.

“Will I apologize for the death choosing to take them? That’s absurd. ”

Regarding the cause of death of the patients and the doctor of the nursing home who has “disappeared”, she replied:

“The doctor does not want to talk because he is low-key. 60 to 65% of doctors do not write underlying diseases, they write death due to heart failure. It’s wrong, but we cannot condemn a doctor for that.”

Abandonment Sent My Mother to Death…

The daughter of an elderly woman, who was staying in a nursing home and died, speaks at an emotional state to the camera of “Tunnel”.

“We were convinced when we saw the nice photos of the nursing home on the internet, but in the end it turned out to be the cheese for the trap. My mother used to walk and take only medicines for diabetics before entering the nursing home. Because I was worried about her condition on the way, I left my family in Athens and went to stay in Chania to be close to her,” she said.

“Unfortunately, the care they showed was a wheelchair, a catheter and a person tied to a chair,” she added bitterly.

As she says, her mother suddenly could not even raise her head and was falling down. Her condition had already started getting worse, while the nursing home officials were saying she was fine.

“I immediately flew to Chania. She was waiting for me and I felt her last touch. The unanswered questions are chasing us…”, she concluded. She asks for the truth to be revealed in order to save other families.

The lawyer who revealed the strange deaths…

Lawyer Maria Papadaki is the woman who revealed the case of the nursing home in Chania.

“In the last inspection that took place, the authorities stated that nothing objectionable was found to the detriment of the nursing home. However, fifty-five elderly people were found to be supervised by a single employee, while some were locked up without anyone looking after them,” she said.

What inmates and employees say…

“We are having a good time here, they are taking care of us. We have food and cleanliness. Everything was done out of jealousy and malice,” said one inmate.

An employee at the nursing home emphasizes that if something had occurred to her, she would not have been there for so many years. She wonders why some people decided to speak out now publicly.

“If they saw something then, why did they not speak earlier? Aren’t they afraid now? ”

When asked about the dozens of deaths due to heart failure, she replied:

“Think they are all 90-95 years old. They brought them here ready to die.”

The investigation of Chania Security continues in depth. According to information from the “Tunnel”, complaints from other families who lost their own people in the nursing home are constantly arriving at the police offices. Other files from previous years are being opened and it is believed that the death toll will increase.